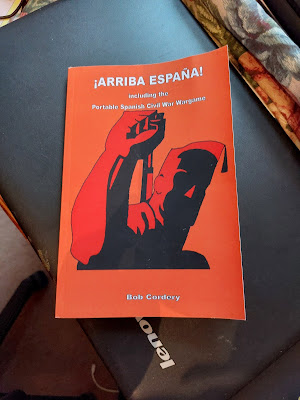 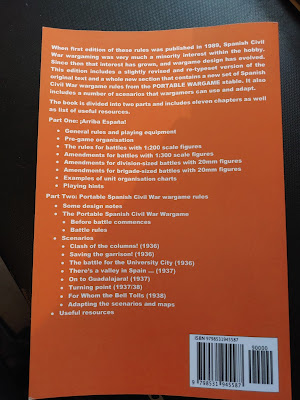 The very affordable book (which also comes as a PDF,  but for the small difference in price you may as well get the real thing!) actually contains 2 sets of rules.  The first are the original rules which were first released in 1989.  These look really interesting with rules reflecting the internal political turmoil in the Republican forces.

The 2nd set are a brand new version of Bob's Portable Wargames Rules adapted for the SCW...I haven't played any of the other versions of these but they seem to be well thought of and look good.

Combined with Bob's excellent La Ultima Cruzada sourcebook on the SCW these are great inspiration for getting my SCW armies back on the table.