So 2021... not quite as terrible as 2020 but definitely another challenging year.

On the plus side there were vaccinations and booster jags galore and we managed to make it through the year without any close family or friends being ill. We were finally able to get up to Scotland in the summer to visit family, and have been back a couple of times since then.  My son finally managed to get some work (2020 wasn't the ideal time for a new graduate!), and there were lots of great games (more of  which later).

On the minus side we had to say goodbye to both of our dogs which was heartbreaking,  although we've been lucky to be joined by 2 new hounds, Cisco and Cleo.

So, as is traditional at this time of year, here is the recap of 2021...mainly gaming and a few personal bits thrown in for good measure.  Overall its been a good year for playing games but a bad year for painting figures.  For some reason I've really struggled to get going with this and really need to pull my finger out next year and get back into it again. 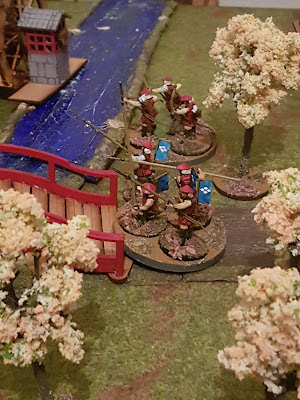 We started the year with some Samurai themed games with Test of Honour and I made up some of the 54mm paper soldiers from The Paperboys book... something I need to pick up again.

He was our 1st dog and a lovely big lurcher with more than a few issues but a lovely personality. 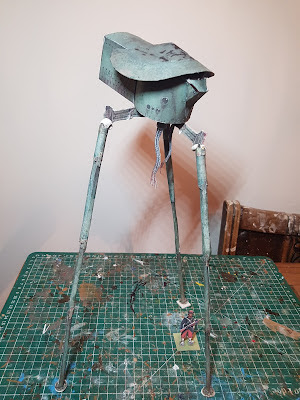 More Samurai games, this time using Ronin as a rule set (probably my favourite out of the 2 we used). I built a giant Martian Tripod from the Paperboys book and quickly realised it was too big to ever get on a table!  We also played some boardgames including Guards, Guards which is a great game, especially if you're a Terry Pratchett fan.

I only managed a couple of posts in March but we played several games of Gaslands and I started to look into a new project with Gamma Wolves.  This rule set from Osprey is designed for big stompy Battletech style mechs and I was very tempted.  I've since decided to bin this idea... the rules still look good but I realised I really wasn't sold on the whole idea.  At least I realised before I invested in models!  Actually one of the things that put me off was the bewildering range of scales and styles of mechs.

Also in March we gave in and got a new dog... Cisco... who is a Spanish Podenco and, like our other dogs is a rescue with a bit of a troubled past.  9 months on he is still pretty nervous and very wary of people but incredibly affectionate with us (I'm writing this with him draped over me!) and a bit of a goofball!

Only the 1 post in April. I think at this point we still weren't allowed to meet up properly so things were pretty limited. 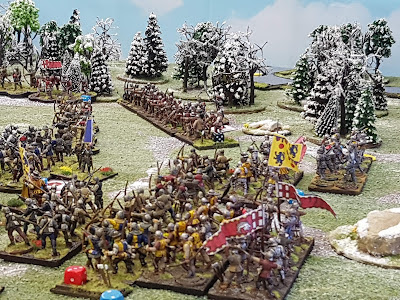 And we were able to get back into the world and gaming with friends resumed.  At Eric the Shed's we resumed our Wars of the Roses Battles and played an epic all-day battle of Towton game.  There was also some 54mm Viking action using the interesting Tabletop Battles rules.

Lots of making up for lost gaming time in June with several Fistful of Lead Wild West and Star Wars games, a US cavalry vs Native Americans game, a WW1 air game converted from an old boardgame and finally a chance to play the boardgame Brittania which I'd backed as a kickstarter.

In July we finally managed to make it back to Glasgow for the 1st time in a year... the longest I've been away, and it was lovely to see family and friends again.

Games included more Wars of the Roses and another vintage boardgame conversion. 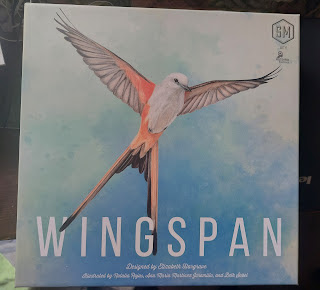 August saw more Cowboy gaming, another vintage boardgame adaptation (Spacefleet) and some Spanish Civil War action.  I also picked up a couple of boardgames 2nd hand and even managed to play one of them.  This was Wingspan, a lovely bird themed boardgame.  The other one is still unplayed but hopefully will get an outing soon.

This month saw another trip back to Scotland, more Wars of the Roses games and boardgames.  Work became very, very busy as things were more open.

Sadly we lost our other dog Lizzie in September to bone cancer.  She'd been getting very slow and was obviously in pain towards the end but it was still a shock when the time came.

And in October we finally concluded our epic series of all the major Wars of the Roses battles.  This was a great project to work on with a great gaming group.  We also played some Black Powder games and a Song of Ice and Fire battle which is definitely one to revisit in 2022.

We only lasted a few weeks as a one-dog household as we felt Cisco needed the company... I bet he regrets that now! 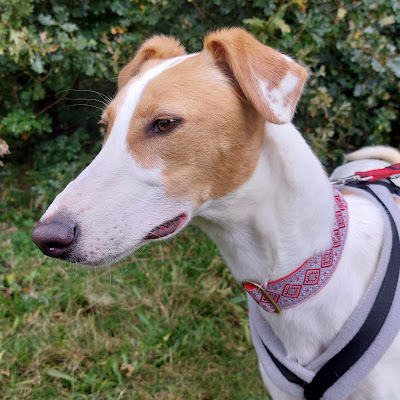 Meet Cleo, a young lurcher who is a real live wire.  Absolutely nutty and very dominant she's been a bit of a handful but is settling in well 10 weeks on.  She's a bit of a chewer so we've lost remote controls, magazines, a pair of glasses etc.  Remember the Martian Tripod back in February?  It's now a pile of shredded cardboard!  That's what we need to defeat the Martian Invasion... lurchers! 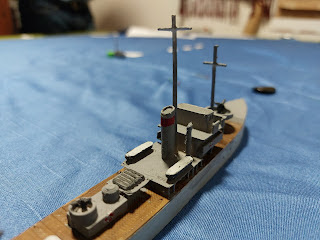 Several games in November...VBCW, Stingray and MTBs vs SBoats.  It was also the rescheduled Salute and I helped out with the 54mm Little Wars Revisited game... 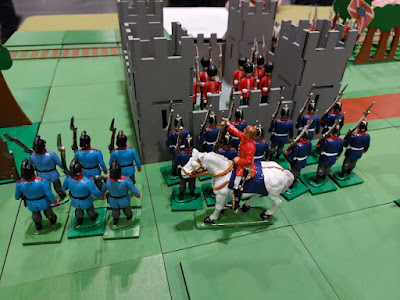 Salute was an odd experience and I was wasn't surprised when they announced that the 2022 show won't happen. 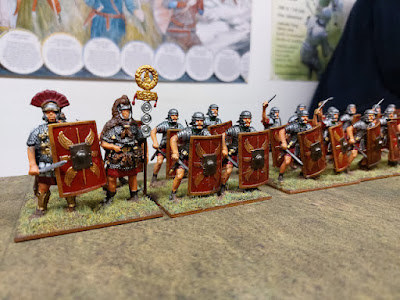 And so we reach December... several games of Eclipse which is one of the best boardgames I've played in a long time and a 54mm Romans game using the Portable Wargames Rules.

Whew.. it's been a surprisingly busy year.  I'm really lucky to have a great bunch of gaming friends and to be able to play such an incredible  variety of games...the common factor is that they're all played very much for fun.  No one takes it too seriously and the emphasis is on having a good time.

So I hope everyone has a great Hogmanay and here's to 2022!     Next up will be the traditional post about plans for next year which will, of course, be ignored completely! 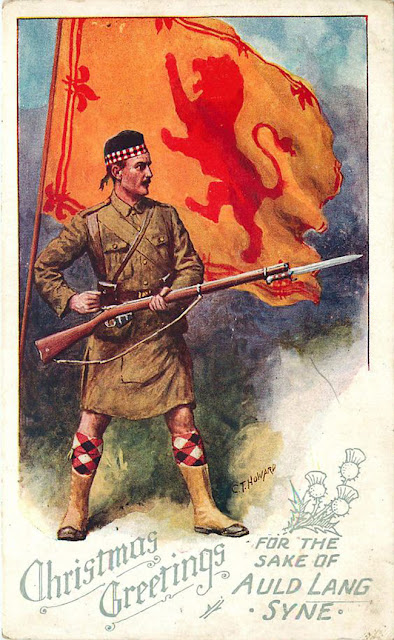 Well, somehow we've nearly made it to Xmas in spite of everything!  I hope everyone has a great holiday and Santa brings you all the toys you've asked for.

The last few weeks have seen a bit more boardgame playing... mainly Eclipse which is an excellent 4X space game.  It reminded me a lot of the computer game Stellaris.  We played it with 3 players and then with 6 which made for very different games but both really enjoyable (especially since I won!!)

This weeks game was a change with my friend Anthony's fantastic 54mm Roman and German figures and using the Portable Wargames Rules. 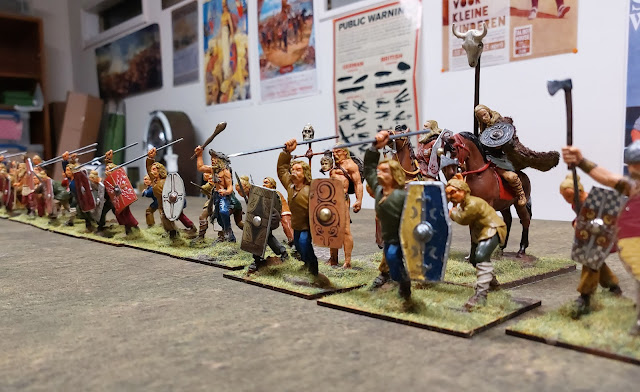 I'd used these rules for the recent participation game at Salute so the mechanics were familiar  but this time units had strength points rather than  the 'sudden death' option we'd used to speed up the game at Salute. 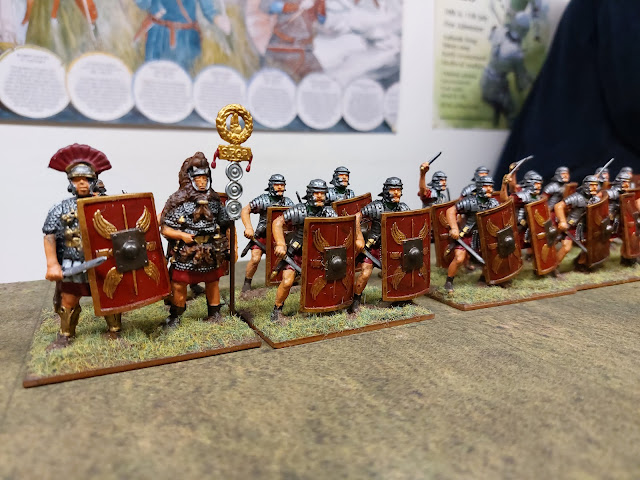 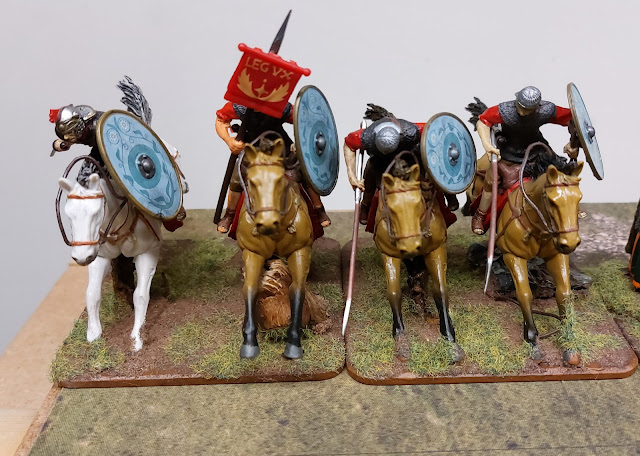 The battlefield was an open plain (the Teutoburger forest was clearly suffering from over deforestation!) so no chance of my Germans skulking in the forest, and both sides ignored any attempts at subtlety and charged at each other.  On one flank the cavalry spent several turns fighting ineffectively in the small wood on the flank.  Eventually the Roman cavalry broke off and turned instead on a German infantry warband which was merrily slaughtering Roman archers, but this proved its undoing as the Germans pursued them and eventually wiped them out. 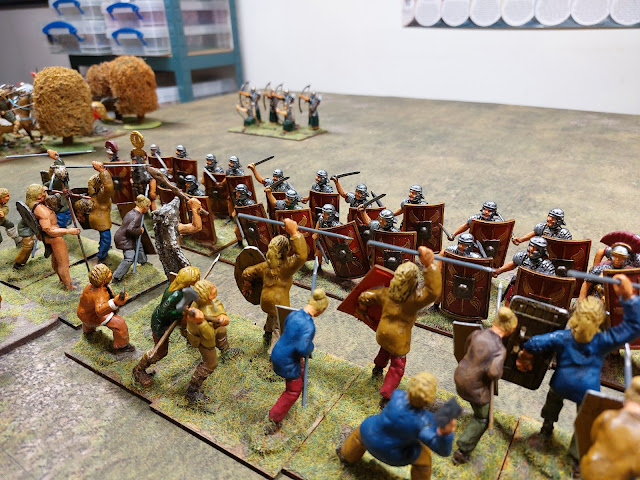 In the centre it was more of a slog... the Romans had the advantage of being tougher (with an extra strength point) but the Germans were faster and had a bonus if they charged.  The Germans were able to use this speed to their advantage, turning the Roman flank and rolling up the legions.  There will be questions asked back in Rome!! 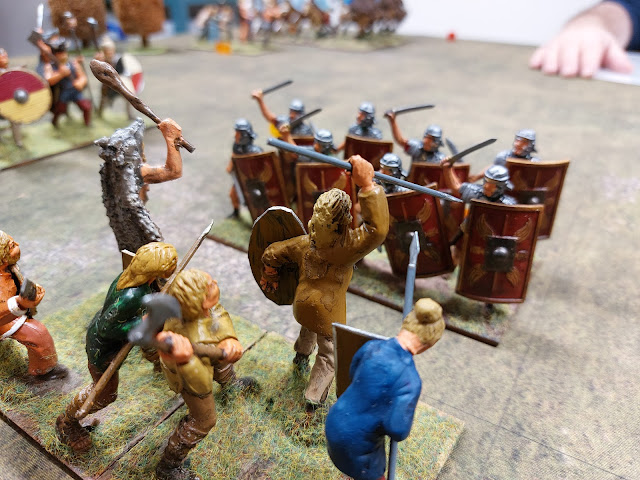 The rules are ideal for an evening game and remind me of a cross between Command and Colours and DBA.  The figures (a variety of makes and conversions) were really lovely and looked great!

Email ThisBlogThis!Share to TwitterShare to FacebookShare to Pinterest
Labels: 54mm
Newer Posts Older Posts Home
Subscribe to: Posts (Atom)
"At the age of four with paper hats and wooden swords we're all Generals. Only some of us never grow out of it."