A couple of years ago I took part in a VBCW campaign which was played over a couple of nights via Google Maps and Skype which made for an interesting experience.  John, who organised that event, is putting on another campaign although this is going to be more of a traditional turn based Kriegspiel rather than the real-time events of the last one.

The players have all been putting together their factions on paper and it was too tempting not to base mine around my VBCW miners which I've had for a couple of years but which have never actually seen a game. 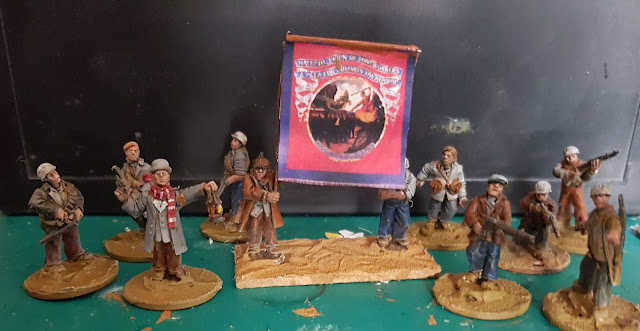 My original miners from Ironclad have been added to with some lovely figures from Sloppy Jalopy, pictured here complete with their Trade Union banner.  They're about to reinforced with a squad of Cameronians (also based in Lanarkshire in the 30s) and the Hamilton Academicals team armed with Rifles and a Lewis gun.  I've also been cannibalizing some Back of Beyond Russians which had been destined for eBay to add as 'advisors'.

Although the Campaign is likely to be map based, it's been a good motivator for us all to put our figures together and there is the possibility of some of the encounters being fought out on the Tabletop. With this in mind we had a large VBCW game at Eric the Shed's on Monday.  The game pitted the brave Socialist heroes of my miners, the postal workers union and some Cornish Fishermen against the BUF, Royalists and (randomly) the AA.

It was a confused and bloody affair...to be honest I'm not entirely sure what happened at the other end of the table but my miners and the AA fought each other to a stand still.  It was all going well until I realised my allies had all run away! 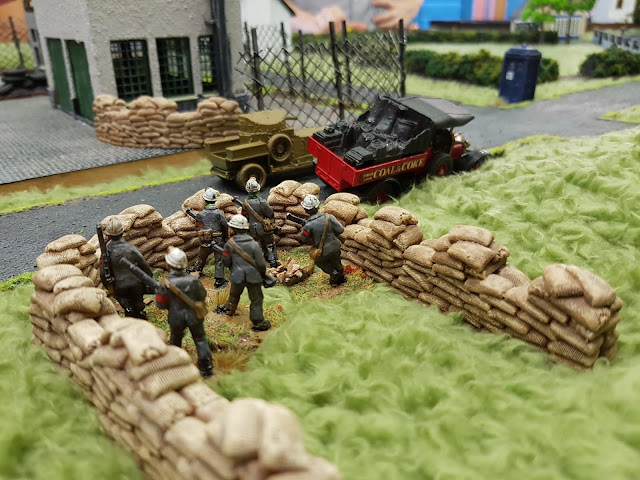 When we first arrived at the Shed we found this secret fascist weapon lurking under the bridge...eeek!!! 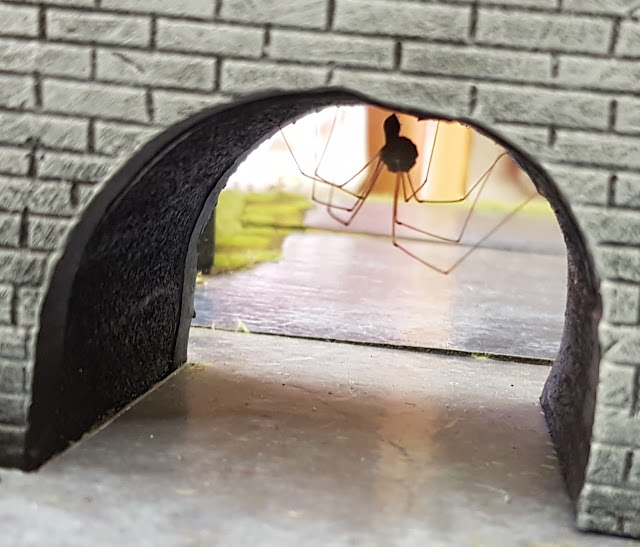 Battle among the rocks

A rare outing to the club at Guildford last week for a 54mm North West Frontier game.

We used the Fistful of Lead Horse and Musket rules which had worked well in previous games.  As there were 3 of us this meant I ended up managing 10 Afghans while the British had 5 figures each.  I think 5 or 6 is a pretty optimum figure...beyond that it gets a bit fiddly.

I hadn't had a chance to put together a  scenario so we played a meeting engagement of equal forces. Anthony's Highlanders quickly dived into the ruined building and we spent several turns exchanging long range fire.  As the British were able to use their more effective firing to their advantage this was a bit of a mistake and, with hindsight, I should have withdrawn sooner on this flank.

The other British force, played by Mike, started the game with some startlingly effective fire, pinning or wounding several of my Pathans.  Luckily I was having slightly better luck at removing stuns and keeping my dwindling force intact.

Eventually Mike's dice ran out of luck (or the British  ran out of bullets)  and the tide began to turn.  My Afghans were busily darting from rock to rock making the most of the cover and taking potshots at the Brits.

Mikes forces were now pretty depleted and the British had finally worked up the courage to leave their shelter and advance, so the Pathans decided it was time to slink off into the hills, counting it as a narrow victory.

A better thought out scenario would definitely have helped...I find Colonial games especially have a habit of descending into a shoot out to the death unless there is a proper objective for both sides 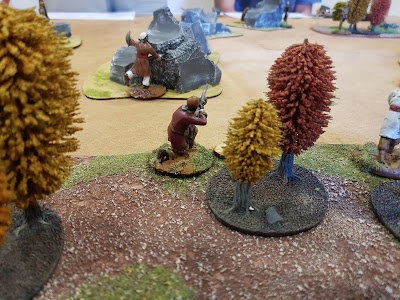 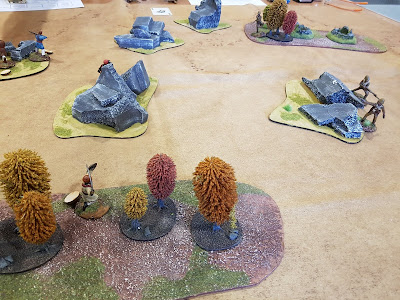 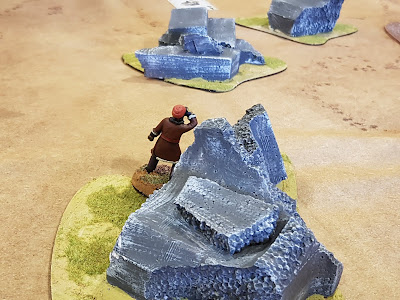 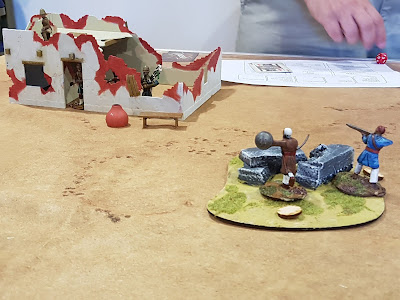 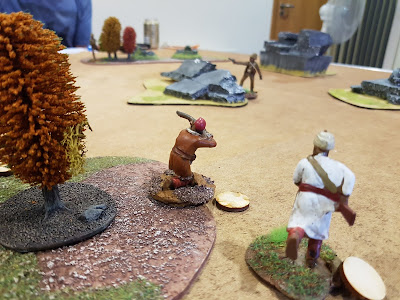 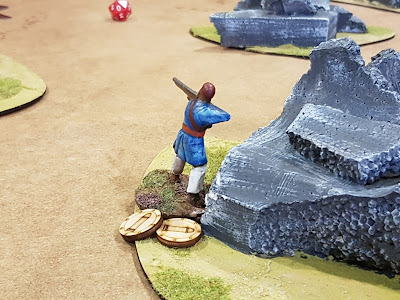 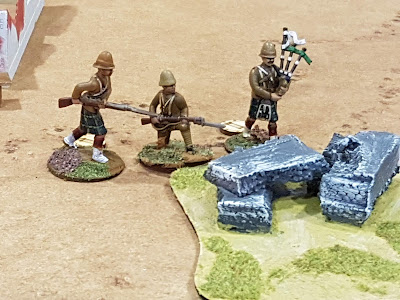 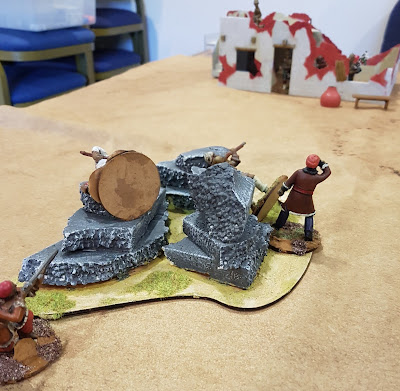 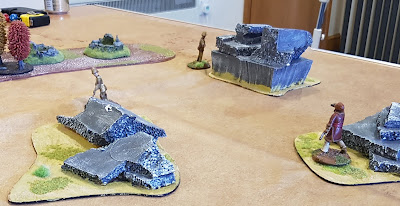 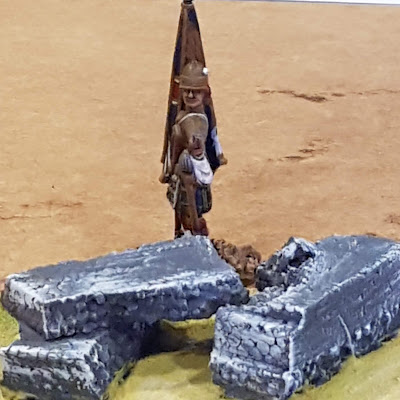 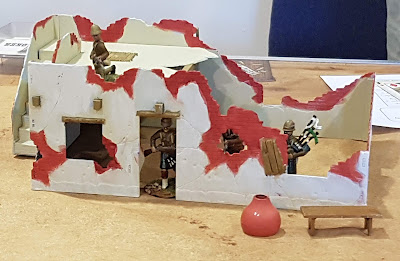 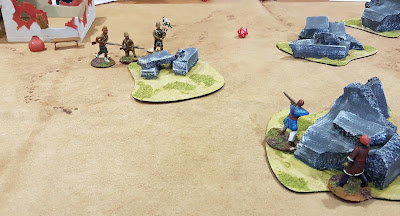 Posted by alastair at 22:40 No comments:


Not much in the way of blogging from me over the last few weeks.  Work and other stuff (gardening, football, napping) took up more time than expected although I have played several excellent games at Eric the Shed's.  Incidentally Eric's excellent blog recently crashed through the 1 000 000 views barrier!  I have a long way to go...

In the meantime I have carried on cutting and sticking like a manic 5 year old, working through several sheets from the wonderful Jacobite '45 Paper Soldiers book in the Battle for Britain series by Peter Dennis.  This is remarkably therapeutic and something I can dip in and out of in a spare moment or 2.

I decided to focus on putting together the Government army and have now assembled 9 regiments of regular foot (3 groups of 3 with different facings), Government Highlanders, Government Militia, 2 cannons and 2 units of Dragoons.

They look very impressive en masse.  Time for a break from paper I think and back to work on the Test of Honour Samurai before going back into production on the Jacobites later in the summer. 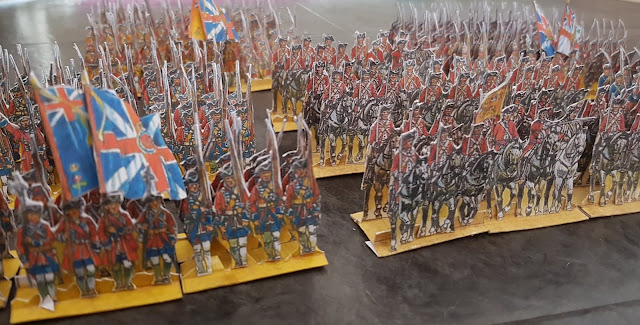 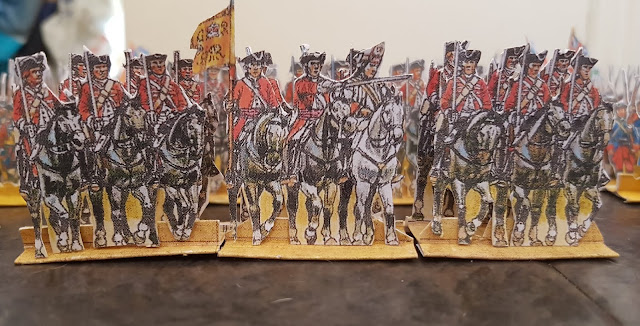 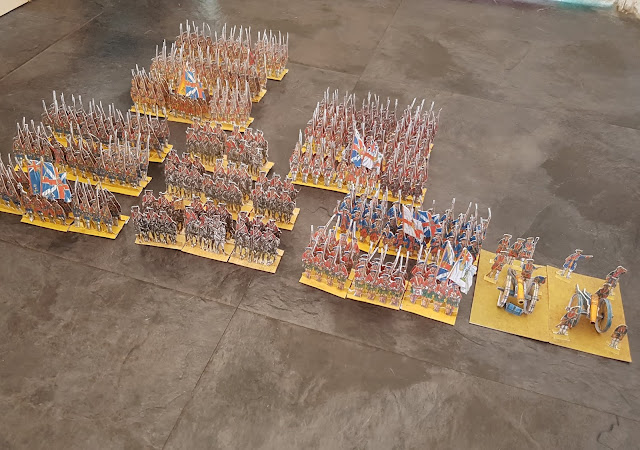 Email ThisBlogThis!Share to TwitterShare to FacebookShare to Pinterest
Labels: Black Powder, Jacobite, Paper soldiers
Newer Posts Older Posts Home
Subscribe to: Posts (Atom)
"At the age of four with paper hats and wooden swords we're all Generals. Only some of us never grow out of it."