Like everyone my Lockdown gaming has been seriously curtailed and it's only been thanks to a friend and I playing some online games of Lock & Load Tactical that there has been any gaming at all.

As things have begun to relax in England (not necessarily wisely) I was invited over for a socially distant game in the garden with Anthony.  We had been going to play Men of Bronze but for technical reasons this had to be changed to something else.  Anthony chose Airfix Battles, the boardgame which came out a few years ago, but using 20mm figures in lieu of the counters.  I'd played this once when it first came out but it's pretty easy to pick up, using cards to activate squads... either to give them a basic action or something a bit more specialised.

The game was a real tussle as both sides came close to defeat and victory but a last ditch charge and assault by one of my sections clinched the victory.  It's a deceptively simple game but great for an afternoon or evening session.

Apologies for the glare on the photos but we were playing on the hottest day of the year and the sun was pretty fierce! 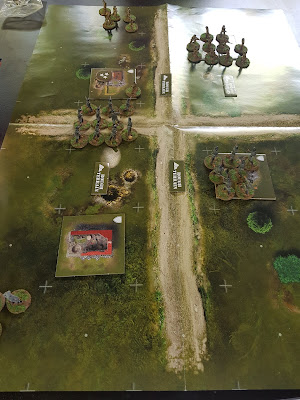 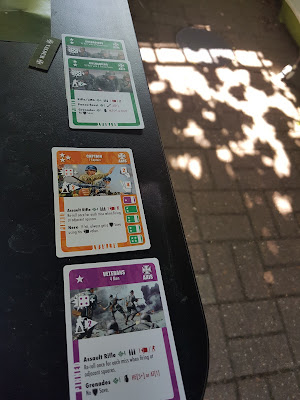 Back at home we played a game of Discworld: Ankh Morpork which is a really fun game...


...and then at the weekend my son and I played the 1st game in the campaign of Imperial Assault, the Star Wars game by Fantasy Flight Games.  As I've played before and he hadn't I took the part of the Imperials which is always fun as it meant I get to throw all sorts of evilness at him.  I  almost managed to take out a couple of his heroes early on with a self-destructing probe droid but he realised what I was up to and managed to get out of the way. 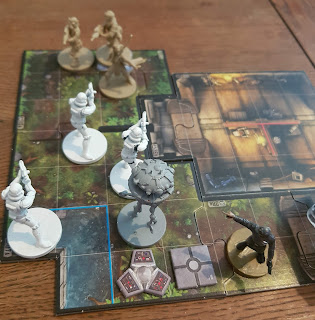 I always find the scenarios in this game are well thought out and although they have tight turn limits and are quite demanding, they are all winnable by either side.  In the introductory scenario our heroes made it by the skin of their teeth, achieving the victory conditions on the last turn and receiving a lot of damage in the process. 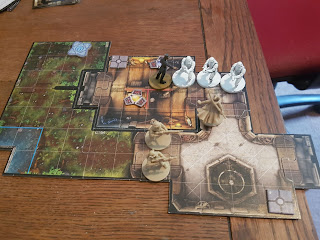 Surely even Stormtroopers couldn't miss at this range??!  Of course they did! 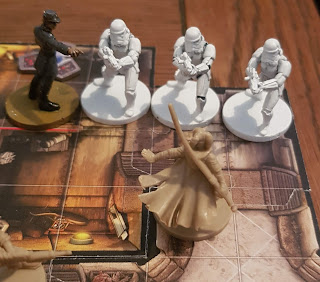 Hopefully gaming is beginning to get back to some kind of (relative) normality for everyone and we can all get back to regular games soon.

Painting update...Light Horse for the North

It's been a busy few weeks here as we've been finishing off the decorating and my son has returned from Uni, hence no post for a month.  Normally he's back for a few weeks before he returns to the wilds of Cardiff but this time it's a permanent move as he has finished his final year.  It's very strange readjusting to having us all at home again although it's been great to have him back.  Of course he has returned with 4 years worth of stuff which we have to somehow fit into the house as well as clearing out all the things that we've dumped in his room while he was away!

This hasn't left a lot of time for painting but I have managed to complete my 1st unit of cavalry for the Wars of the Roses project.  These are a unit of light horse painted in Clifford's livery.  Most of my infantry are painted as Percy's troops and I wanted a bit of variety.  As Clifford and Percy are both northern lords and fought on the Lancastrian side (mainly), this seemed an obvious choice. 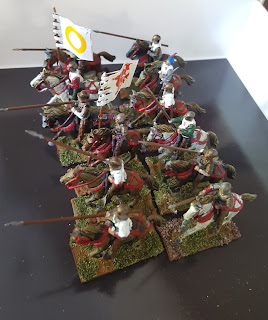 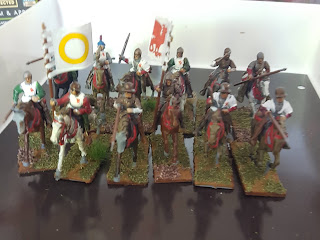 I've also painted up some Pavises to protect my Handgunners and Crossbowmen...the transfers for these came from Little Big Men Studios 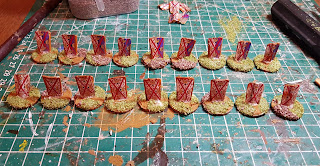 Sadly there's no actual gaming to report yet apart from last night's game of Discworld, a really excellent boardgame.  As usual I lost badly but the game was great fun as always 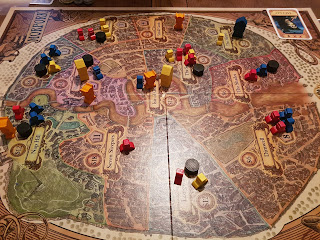 I also picked up a copy of Tank Duel from GMT games which is an interesting game in which each player controls a single tank represented via a 'dashboard'. 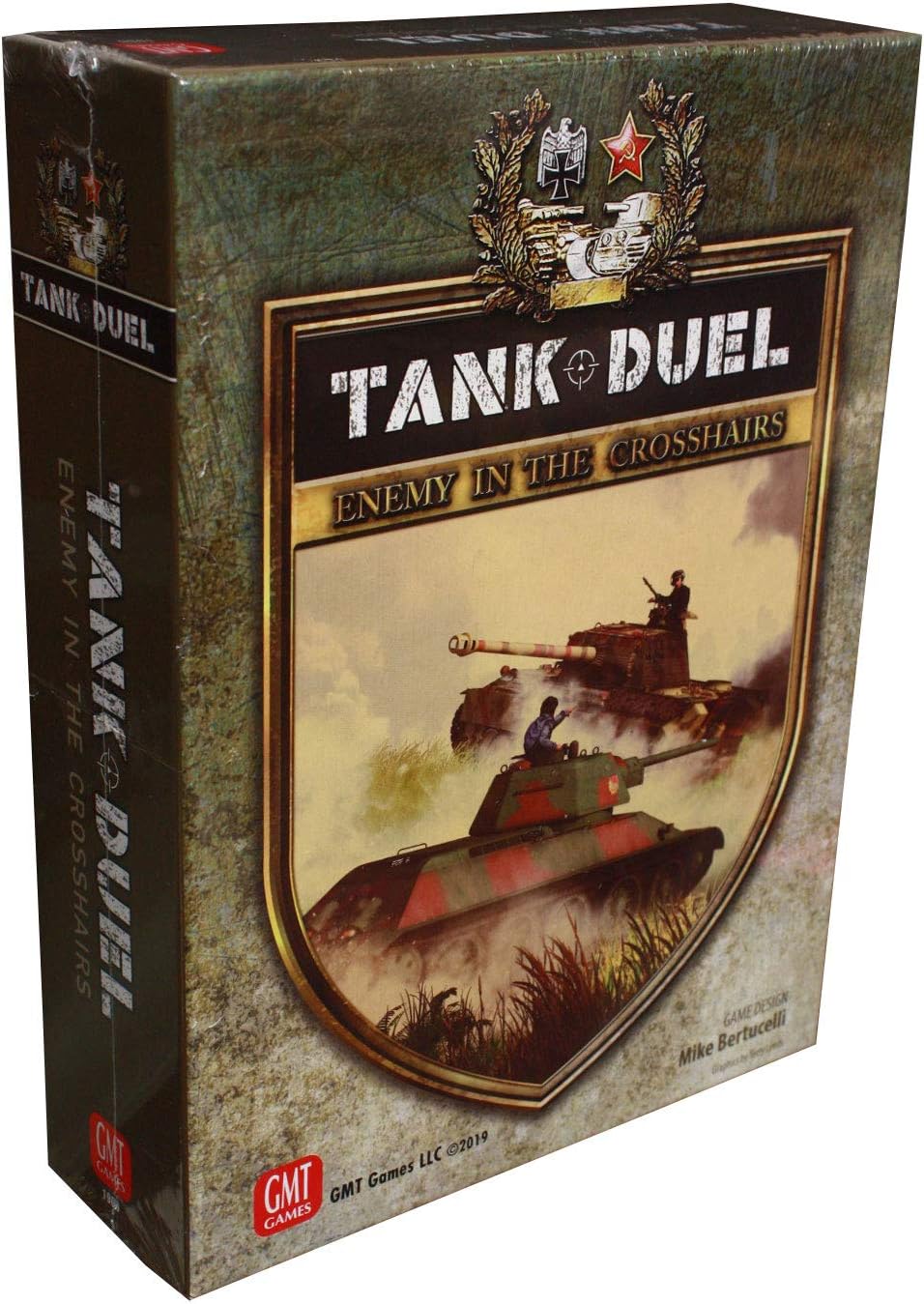 There isn't a board as such and it is all abstracted but the descriptions of the games sound very interesting and highly cinematic which I always like.  Games also don't go on for hours which is a key feature for me these days...I simply don't have the concentration or time to play marathon games like I used to.   I'll post more on this once it has had a proper outing.
Posted by alastair at 15:56 6 comments:

Email ThisBlogThis!Share to TwitterShare to FacebookShare to Pinterest
Labels: Boardgames, painting, Wars of the Roses
Newer Posts Older Posts Home
Subscribe to: Posts (Atom)
"At the age of four with paper hats and wooden swords we're all Generals. Only some of us never grow out of it."