This week we played through another scenario from the Force on Force 'Classified' scenario book.  This supplement deals with special forces type ops from WW2 to the present day, including a number of more cinematic scenarios.

We played through an early 70s Middle Eastern Scenario [sorry... the book's in the loft so I cant give you the specific name!] but the scenario involved an Egyptian Commando squad launching an attack on an IDF convoy of trucks.  I'd taken a little poetic licence to accommodate the figures I had available....

As the Guildford Wargames Club is located in Merrow, the IDF became the Merrostan Govt Forces and the Egyptians became the Merrostani People's Liberation Front.  Similarly the vehicles I changed the scenario to suit the range of models I had available so the half track and jeep were converted into an up-armoured Hummer.

Sadly my photos of the game appear to have disappeared from my phone so you'll have to use your imagination!

The Egyptians/MPLF have a very limited 6 turns to hit the IDF convoy and then escape off the table.  Early on Andrew who was commanding the IDF/Merrostan forces. and I decided that we'd give the MPLF a little longer to carry out their raid.  This is the 2nd scenario I've played out from the Classified book and like the Vietnam game we played a few weeks ago [there's a post about it elsewhere] the scenario is much more cleverly balanced than I'd given it credit for.

The MPLF should have stayed hidden behind the patchy woods/scub, allowing the convoy to advance down the road into a cunningly laid ambush.  Instead I showed my hand far too early,  Andrew, being generous, continued down the road for a turn despite having spotted me before pulling the trucks off the road and tucking them out of sight behind some scrub,  The MPLF squads piled forward and loosed off several RPG7s, immobilising the Hummer and hitting one of the trucks,  The truck crew were forced to hunker down in the truck, pinned, before a 2nd RPG round brewed up the truck and the crew sensibly decided to bail out and into the adjacent wood.

The remaining trucks had by this point unloaded the troops they were carrying into the woods, who proceeded to blaze away at the encroaching MPLF squads.  One of these were forced back into cover with heavy casualties but the remaining groups returned fire.  Really this was the point at which I should have headed for home... I had little chance of being able to target the remaining trucks which were my main objective and was coming under increasing fire from the Govt troops hunkered down in the woods.

After  a couple of rounds of trying to blast them out with RPG and small arms fire the MPLF decided that withdrawing was the better option after all and bugged out.... unfortunately 2 of their squads were all 'down' after receiving heavy fire and were promptly captured by the Govt Troops.  In the end the Government had a narrow victory... if I'd pulled out a turn or 2 earlier I would have swung the game by taking out the Hummer and 1 of the the 3 trucks but the cost of losing several prisoners to the Imperialist oppressors lost me the game!

As before the scenario seems to hinge on some careful timing of actions and on having a well thought out plan at the start.... had I stayed in cover until the trucks had moved far enough along the road the game could easily have swung the other way.

We have another game of FoF lined up in a couple of weeks so I think I'll keep the Imagi-Nations of Merrostan and the MPLF which allows a bit more freedom in choosing vehicles and equipment and avoids the slightly uncomfortable feeling I always get when gaming contemporary wars... I know... there are lots of arguments why that makes no sense whatsoever but it makes me feel better :)

Posted by alastair at 23:31 No comments: 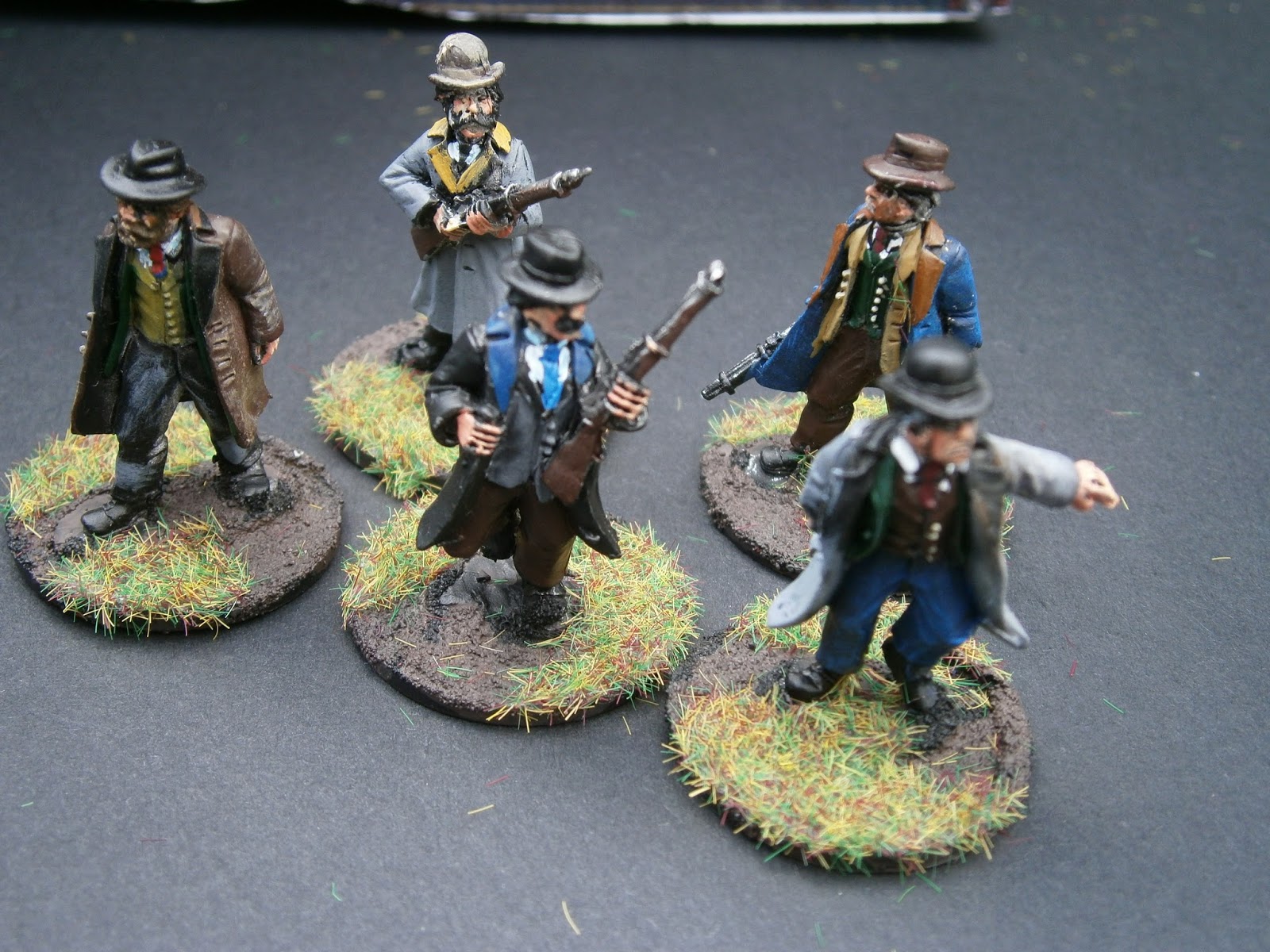 Not very Wargaming related I know, but Happy Solstice/Litha to you all!!

If you want a slightly tenuous Wargaming connection, much of my 80's role playing was accompanied by stuff like this.....

Posted by alastair at 17:48 No comments:

There's been a bit of  a lull in the blogging activity over the last month.  No special exciting reasons I'm afraid, just a  combination of work going slightly manic and a trip away to Glasgow.

Since I've been back I've squeezed in another  game of Black Powder, this time using my 6mm armies for the Franco Prussian war.  We played out a game loosely based around the battle of Borny-Colombey, a fairly minor battle from the FPW in which the French were able to claim a victory [kind of... it's a bit debatable] but strategically dealt themselves a crippling blow by ending up with a sizable chunk of their army bottled up in Metz and out of the war.

The game itself was equally indecisive with Dave's French mauling the Prussian columns but taking an equal pasting, leaving both armies fairly battered by the end... fairly historical I think!  Dave did manage to make very effective use of his Mittraileuse [more than the French ever managed in real life] but did eventually manage to break them!

I've been working my way through the card buildings from Stoezels structures [see earlier posts] in preparation for our first game of In Her Majesty's Name at Guildford....more shortly.

Bookwise I managed to get hold of a copy of General of Fortune: the story of One Armed Sutton by Charles Drage. 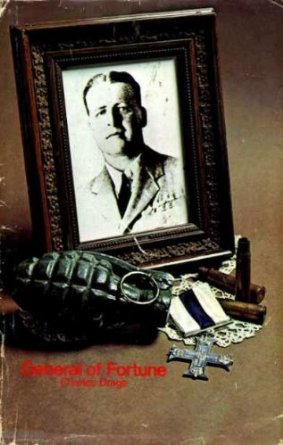 For anyone with an interest in the Back of Beyond theatre, Sutton is one of those totally larger than life characters that would seem unbelievable if you came across him in a film.  From rail and bridge building in South America, a spell in Gallipoli [where he discovered he could throw Turkish grenades back before they exploded...erm... until one went off, hence the name!], developing the Stokes mortar and gold mining in Siberia and the Russo-Chinese border, just as the revolution rode into town.  He then carved out a career as an advisor to assorted Chinese Warlords, leading armies and evading capture on a regular basis.  His fortunes rose and fell and he sadly ended his days in a Japanese POW camp.  A really unbelievable life and full of inspiration for any BoB gamers,


We've also begun to catch up with Season 2 of Game of Thrones and I'm trying to keep ahead of the game by reading book 3,

Anyway.... more regular blogging is promised soon.  I'll try and get an account of the IHMN game up soon and we have a Force on Force game planned for next week.

Email ThisBlogThis!Share to TwitterShare to FacebookShare to Pinterest
Labels: Back of Beyond, Black Powder, Pulp
Newer Posts Older Posts Home
Subscribe to: Posts (Atom)
"At the age of four with paper hats and wooden swords we're all Generals. Only some of us never grow out of it."