Now the holidays are over it's time to get back into painting again.   I've been busy over the last couple of days assembling and undercoating my box of Warlord Games AWI British infantry.  Unusually I've gone for a white undercoat...normally I would use black or increasingly I've been using grey, but I wanted to try the GW Contrast paints on a white base and also I hope the lighter undercoat will make the redcoats a bit brighter. The least they can do is look smart and colourful before the pesky Yankee rebels shoot them full of holes! 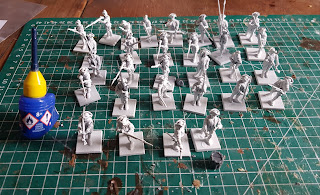 I popped into WH Smiths today and picked up a the latest issue which includes a free ship for the new Black Seas game which is being released imminently.   There was one copy left in my local branch which I quickly nabbed although I may have a look while I'm out and about at work tomorrow.  The issues either have a frigate or a pair of brigs. 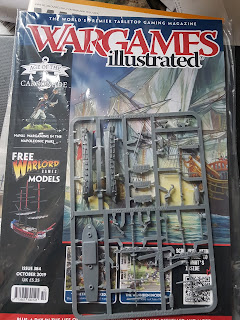 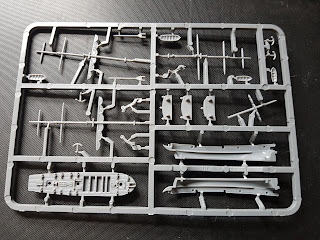 I'm quite tempted by Black Seas although I am a little wary after the poorly proof-read (and in some cases quite bizarre) rules for Cruel Seas and the reportedly awful SPQR.   My understanding is that they have taken a bit more time over these and that David Manley has also been asked to cast an eye over them which fills me with a bit more hope.  Cruel Seas did have some good mechanics and the models were very, very nice so this may lure me into Napoleonic naval gaming:  I'll have a go at the model and see how frustrated I get with attempting rigging before I commit!

Finally I was lucky enough to get to see Sir Ian McKellen's one man show which is currently on a run in London after a UK-wide tour.  If you get a chance to go and see him I can highly recommend it. It's not every day you get to hear Gandalf reading extracts from Lord of the Rings in person!

I have been to... North Wales

No posts on the blog as I've been away on my holidays for a couple of weeks.  The 1st week was to our usual haunt of north Wales on the Llyn peninsula, just below Anglesey.  The week tends to involve a lot of walking dogs on beaches (although every time we tried this it was high tide and there wasn't much beach to walk on!) and tearooms...I think I've reached that age where a nice cup of coffee and a sticky bun is the highlight of a day out.

Of course as it's Wales it's bound to involve castles.  Previous trips have included Beaumaris and Harlech but this time we decided to head a bit further along the coast to Conwy.  It's one of the main Edwardian castles in this part of Wales and was built between 1283 and 1287.  It's amazing how quickly such a substantial castle (and town walls) were built.  It helped keep the Welsh in order although it was captured, briefly, by Owain Glyndwr in 1401.  To be fair there were only 2 guards on duty when it was captured so it couldn't have been that difficult!   It even managed to hold off the Parliamentarians briefly in the Civil War before falling in 1646.

There are some well preserved features in the castle despite it's ruinous state.  The main theme of the info boards and presentations throughout the site is about plucky Owain Glyndwr and his brave fight against the evil bastard English (which seems fair!) 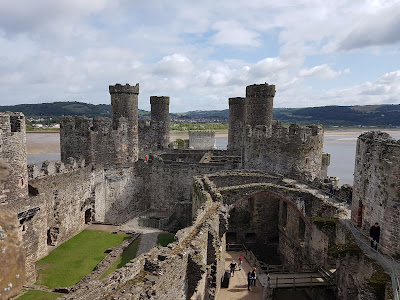 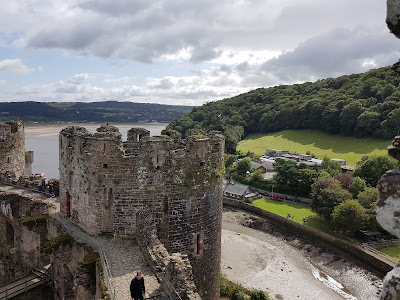 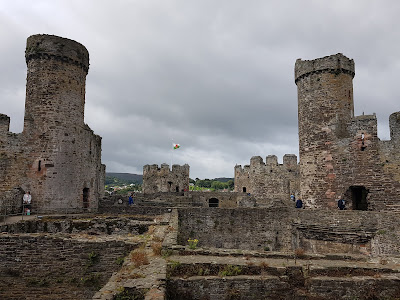 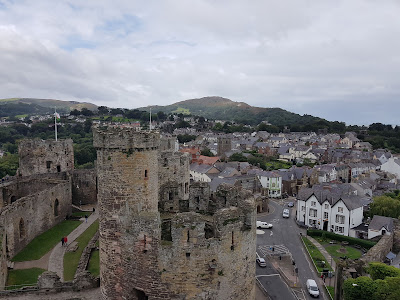 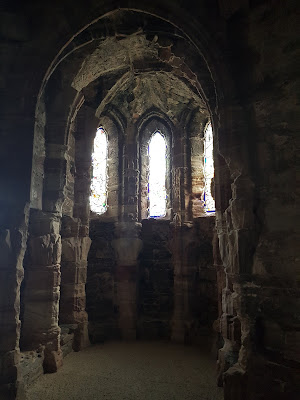 Our other 'sort of' castle on the trip was the remains of a hill fort on top of Garn Fadryn a mountain next to the cottage we stayed in.  We've climbed this once before a few years ago but my son was keen to have another go at it.  I'm not sure I've regained full use of my knees yet!

It actually isn't too bad a walk and took about 1.5 hours each way but a couple of stretches were pretty steep. 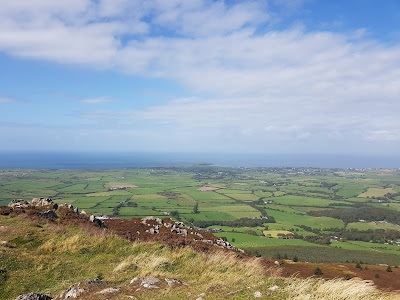 
There were 3 phases of buillding on the site.  The first was around 300 BCE when a site of 4.8ha was enclosed.  Around  100 BCE the site was re-fortified and doubled in size.  The final phase was much later in 1188 CE when a castle, 'Kammadrun' was built by the sons of Owain Gwynedd as an expression of power during a power struggle following his death.  There isn't a lot to see although there are the remains of some of the earthworks and ramparts