Well, having managed to avoid Covid for the last 2 years we've all managed to catch it when  it isn't trendy anymore!  My son was working alongside a colleague who happened to mention her husband had Covid!  Sure enough he caught it a few days later and my wife and I then went down with it a couple of days after that.  So far it's been like a very nasty cold/flu... the worst thing is that we all have it at the same time so there isn't anyone feeling slightly better who can look after the others.

It doesn't leave much energy for painting or gaming (and I certainly can't go along to my regular gaming friends at the moment!) but I've been indulging in some therapeutic cutting and sticking.

I was looking at the Paperboys website and came across their 10mm range.  I was intrigued by these and printed off one of the free sample ACW sheets.

I've posted before about the paper soldiers and have played a few games with my Jacobites. 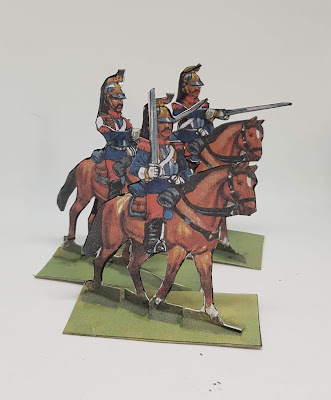 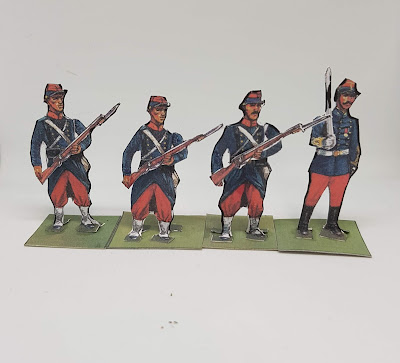 With hindsight I think the 54mm figures work less well and I haven't pursued these beyond making up a few figures.  The 28mm Jacobites work well though but I think 10mm definitely looks much more impressive

So I've splashed out the princely sum of £12 on the Romans and Gauls pack which includes just about every figure I should need as well as  Roman marching camp and a Gaul camp. 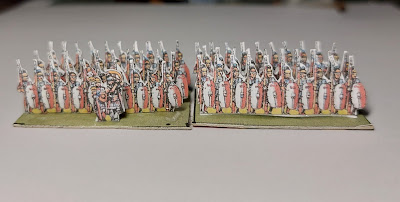 First impressions are good and the small scale should give a great mass effect.  The new Strength and Honour rules are aimed at this level and look very tempting.  It's even got me thinking about their ACW range...

So sadly our holiday is over and I'm bracing myself for the usual post-holiday depression when I return to work on Monday.  We had a brilliant time and I can highly recommend North Norfolk if you're looking for a break (providing you like beaches and walking!).

I managed to convince Elaine to drop me off at the Muckleburgh Military Collection one day... she decided it really wasn't her thing (I know... hard to believe!) and headed for a beach and a pub instead!

The Collection is a museum of Military vehicles and weapons... from what I could see these are all WW2 or later...  and is the largest privately owned Military museum in the UK.  It's based on the site of an Anti-Aircraft training camp and part of he museum tells the history of the camp and well as the local Suffolk and Norfolk Yeomanry, but the heart of the museum is its collection of vehicles and weapons.

It's a very traditional walk-through museum with a lot of 'don't touch' signs but I think this made a lot of sense... you don't want small children clambering over (and falling off) your nice, oily tank.  At times they run 'drive a tank' sessions although I got the impression these haven't resumed post-Covid.  It has the obligatory cafe and shop which had a range of Military books and a lot of toys but nothing that tempted me.

So, without further ado, here is a dump of lots of photos... 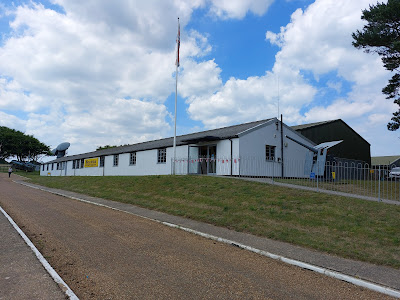 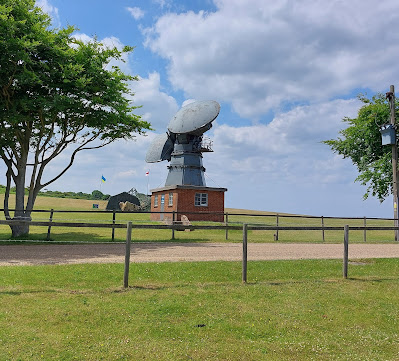 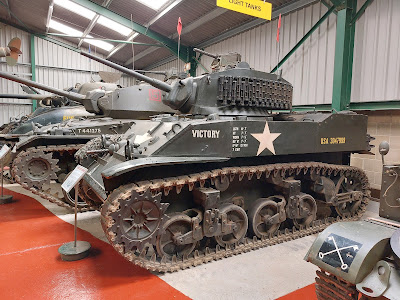 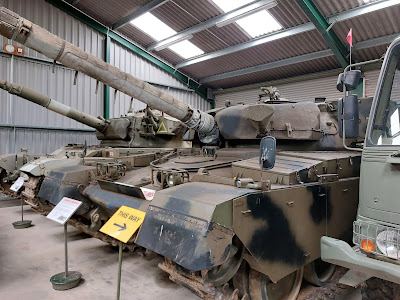 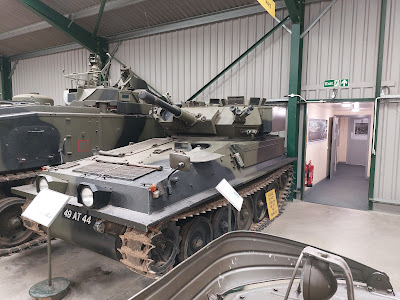 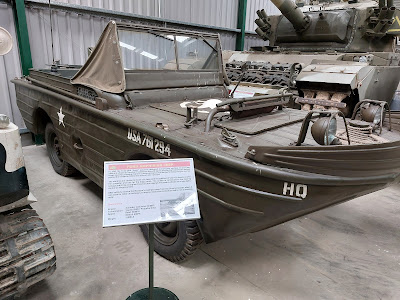 The museum also has a lot of models of ships, tanks and aircraft... 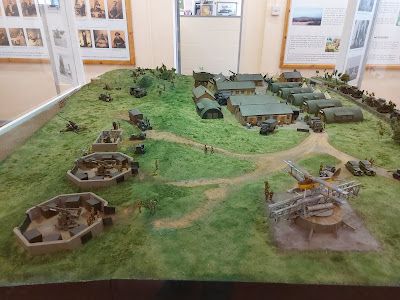 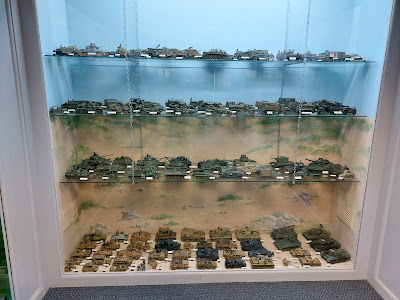 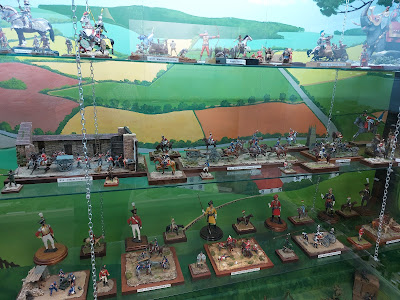 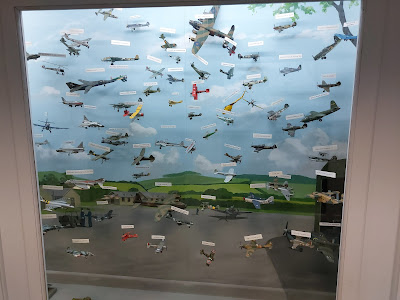 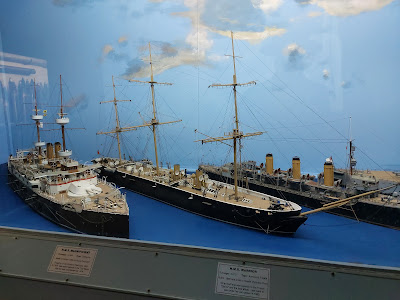 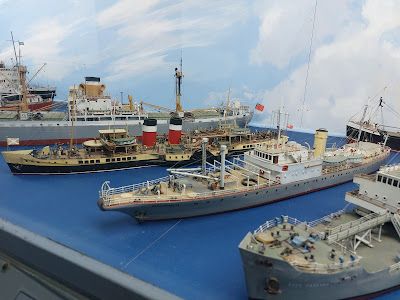 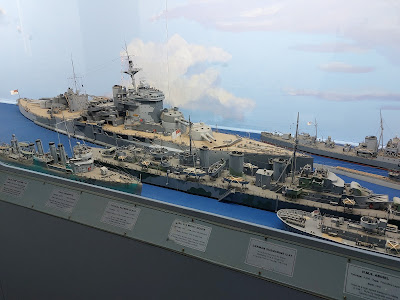 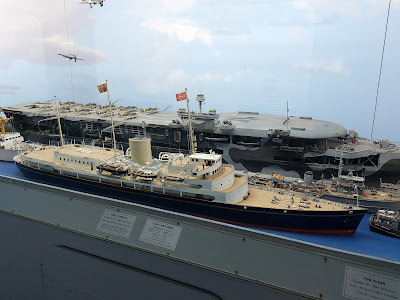 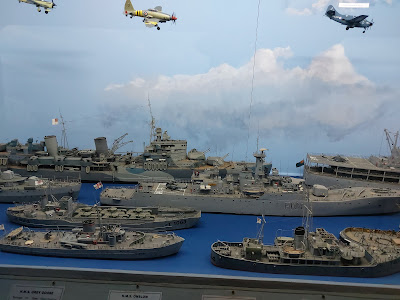 Well worth a couple of hours if you find yourself in North Norfolk.

Email ThisBlogThis!Share to TwitterShare to FacebookShare to Pinterest
Labels: Holidays, Modern, WW2
Newer Posts Older Posts Home
Subscribe to: Posts (Atom)
"At the age of four with paper hats and wooden swords we're all Generals. Only some of us never grow out of it."