Last Sunday was what usually marks the first signs of Spring in the show season [for me anyway] with Cavalier in Tonbridge, Kent.

I've always had a soft spot for this show... not too big but usually a decent spread of traders and games and a fairly good bring and buy.  It's also not too far away... only a short hop round the M25.

There's a fair amount of chatter on assorted blogs about the show [I think just about everyone that attended must have written a blog entry by now] with a lot focusing on the theft of stuff from the Bring and Buy but generally pretty much all positive about the show itself.

I have to confess I came away feeling a bit disappointed with the show but I'm struggling to put my finger on why.  The show seemed quieter than usual... the TWWS website reports over 500 people attending but I'm not sure how that compares with previous years.  There certainly seemed to be fewer traders.  The Bring and Buy had little to tempt me and I guess this may be a sign of the ease of selling via Ebay etc.

I'd set off with a plan not to buy any more figures and managed to stick to this without any great difficulty.  I did pick up a copy of Warlord Games' Pike and Shotte rules and a few pieces of terrain from The Scene.  My son has been nagging me for ages to get some better hills so I purchased 3 of these and also got some of their 15mm skips...


I want to build a more industrial setting for some of the Force on Force games we've played and these seemed to add to the general clutter.

Other than that I didn't find anything to tempt me... I spent some time looking at the Ironclads Miniatures VSF range and may well come back to these at some point as there were some very nice pieces, especially their steam tunnelling machine... I'm not sure what I'd do with it but I think I want one!

The games at the show were good but many seemed to suffer from one of 2 problems... either they were visually very impressive but were overloaded with vehicles, troops etc to the point where it became hard to see what was going on [some resembled a WW2 car park] and others were very much a club day out with the players having a nice game but not actually engaging with the public at all.  This is one of my real bugbears... if you're going to make the effort to put on a really good game, why not talk to people about it!

A couple of exceptions to this were the Staines Wargamers Pickett's Charge game where they seemed to be making a real effort to talk to people, and the West Kent Wargamers Medieval siege game.

Of course it could be that I was just in a bad mood!  Everyone else seems to be reporting a very positive day out and have been very complimentary about the show.

Well my resolution to try and actually paint something this year has got off to a reasonable start.

2 months into the year I've completed the batch of Gripping Beast Saxons that had lingered around since last year.  I've also now painted up some Peter Pig artillery to accompany my French troops in North America for Musket and Tomahawk.

I suspect that there are limited opportunities for a cannon to actually be effective in M&T and the crew are likely to be scalped before they can fire a round but I quite fancied the idea of having some.  I just need to engineer a scenario now where the brave French are defending a village which happens to be devoid of surrounding woodland and has clear lines of fire marked out!


I've also painted a unit of Russian Sailors from the excellent Copplestone Back of Beyond range.  I know they weren't on my schedule but I came across them in a box and decided they'd be fun to paint.  I haven't used my BoB figures for some time and quite fancy trying to resurrect them.

In the past I've used Chris Peers Contemptible Little Armies rules for this period and have a few other rules tucked away in the great rules box but I've heard very good things about the Triumph and Tragedy rules distributed by Empress Miniatures so will have to see about getting a set. 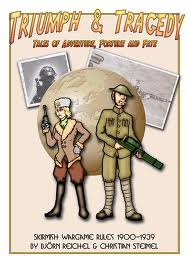 Cavalier is on at Tonbridge in Kent this Sunday and I should be going if all goes to plan [dependent on what time my son makes it back from Berlin on Saturday night...he has a considerably more exciting life than I do!!!].  It's a show I've always really enjoyed... not too big but usually a good spread of games and traders.  I'll update on the show next week.
Posted by alastair at 22:20 8 comments:

In the spirit of the Pike and Shotte game I played earlier this week here's a romantic message for all you god-fearing Puritans... 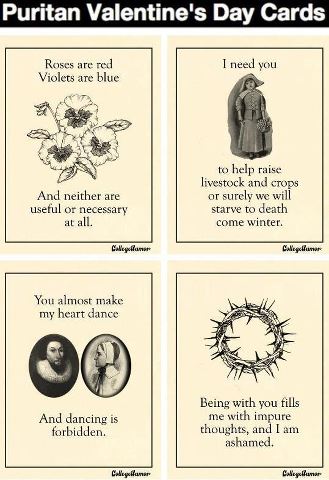 Last Saturday my local club at Guildford were invited to take part in an open day event at the church centre which doubles as our secret headquarters. After  much debate we decided to put on a large demonstration game based on a fictitious Wars of the Roses game, which gave us the excuse to feature Richard III on the table in a very topical fashion [this drew lots of comments and interest from visitors].  Actually the whole thing was a bit of an excuse to wangle a whole day game out of the centre at no extra cost :)

As well as the display game we arranged for an assortment of static displays around the room showing the range of games we can stretch to.  These were themed historically from Ancients through to the 19th C as well as a similar display of naval models and some WW2 aircraft [my very small contribution!].

We also had some side games set up which I think we'd thought might stretch to offering taster games to visitors although this never actually materialised... these included Song of Drums and Shakos and Lord of the Rings.

We had a steady stream of visitors throughout the afternoon and were plied with exceedingly good cakes from the organisers downstairs.  As the other groups exhibiting included Yoga classes, a recorder group [...shudder...] and assorted community and church groups we were a slightly 'odd' addition and weren't sure how we'd be received but actually most of the visitors were, at worst, fairly tolerant and at best very interested..

It was interesting to actually meet some of the other building users as we tend to exist in our own little geeky bubble and certainly cemented our relationship with the Centre so overall a very good thing.  We also acquired at least one new prospective member and ate lots of cake.

Posted by alastair at 12:25 No comments:

In Her Majesty's Name

I recently saw the publicity that's been doing the rounds for these forthcoming rules from Osprey and the associated range of figures from North Star and have been very tempted... so tempted in fact that I've already pre-ordered the rules and one set from the new range.

Apparently the rules are based on a set previously kicking around called "In the Emperor's Name" which had a 40k connection.  I've always been a bit tempted by the whole VSF/Steampunk thing but never dipped a toe, but the range of figures sold me on it. Groups included so far include Lord Curr's company, some fiendish Prussians and wily Orientals [...conforming to every stereotype expected so far then, just as it should in a pulp/VSF game!]

I already have some Chinese bandits and pulpy style archaeologists  from the Copplestone Back of Beyond range which can double for the inscrutable Orientals so these should complement them nicely.

As more pre-orders are placed North Star are commissioning more groups for release and one-off figures for people who have pre-ordered.  I've just noticed that next in the pipeline is a Scotland Yard company which could also be very tempting. The figures are scheduled for release in April [just in time for Salute] with the rules following in May.