So just over a year ago I tried rather vainly to map out a bit of a plan about projects I'd been working on.  Hmmm... I wonder if I met any of my goals [anyone who knows me will know how naïve that last statement is!]

These were the plans which were top of the pile
Apart from Ronin, the other big distraction has been In Her Majesty's Name which took up quite a chunk of time with painting and building scenery, so not entirely unproductive but clearly making plans and sticking to them isn't my strong point

I'm going to avoid making too much of a plan this time but it looks like Chain of Command is the next big thing for a number of periods along with a strong showing from Force on Force.

Mind you the next game I have lined up is Sharp Practice...so much for project management.....
Posted by alastair at 22:50 No comments:

You better not pout...

Christmas is coming, the goose is getting nervous...

My xmas shopping list this year is very light on wargaming fare... mainly because I have too much stuff that lies unpainted, including a lot of 6mm Samurai which I started a couple of xmases ago and after a good start haven't made any progress on for months.

Almost a year ago I'd gone through a plan of what I'd hoped to work on and what had been neglected and I'll give that a dust off tomorrow [although I suspect I know what I'll find!] and the Samurai certainly featured then.

On the list [which I'll have to casually leave lying around the house with big arrows pointing at it] are....

Fiends, Villains and Heroes... the new IHMN supplement which promises a whole new heap of suggestions for factions and groups.  I recently found a boxload of African explorers and Askaris who may well be drafted in as  Victorian adventurers so I'm hoping Africa is included in the book. 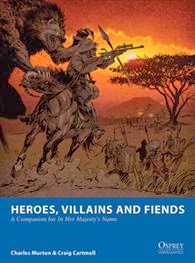 I've also just heard that Warlord Games are releasing a Zulu supplement for Black Powder.... my 6mm Zulus haven't had an outing for ages so this could be just what I need! 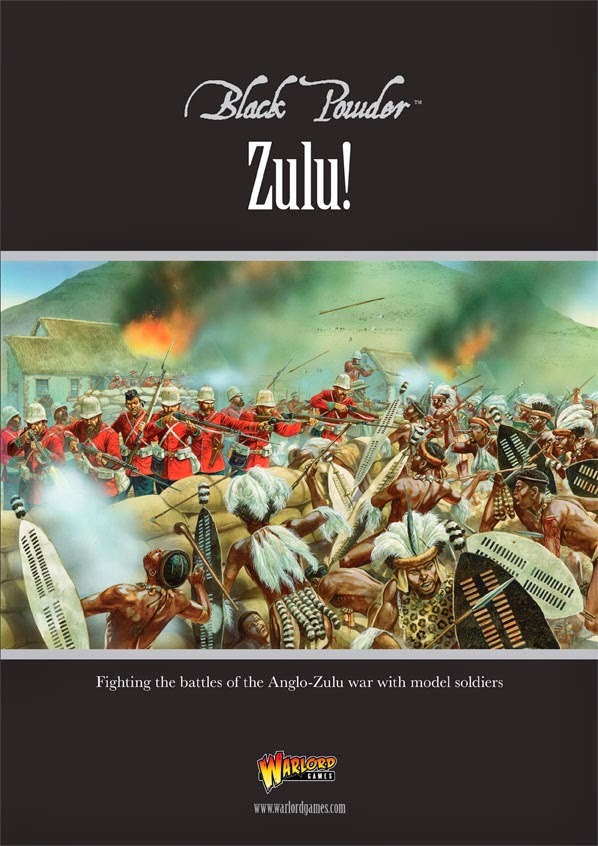 In other non-festive news, a friend very kindly passed on the box set from the recent Sedition Wars kickstarter.  This is a SF, horror 2 player skirmish type game which comes in a very hefty box.  I need to go through the box as apparently there were reports of parts being missing but so far it looks as though the components are all there.  These include a range of board tiles and factions including some very complicated looking multipart figures... I've stocked up on Superglue!!! 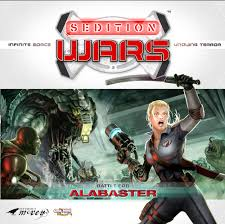 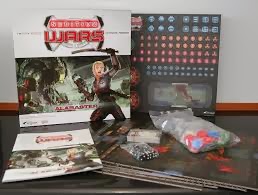 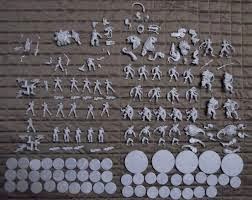 I posted recently about my growing RPG collection, recapturing my sad youth.

After I posted it I realised that I've also been doing exactly the same thing with boardgames!

I was never a massive boardgame fan... back in the 80s [which was my RPG-ing heyday] a lot of 'serious' boardgames seemed huge... hundreds of counters, a map the size of a double duvet and a game designed to run for longer than whatever war it was recreating.  At the Uni club we'd occasionally play a boardgame instead but we tended to steer clear of the heavyweight games, opting for the light relief of games like Dune, Kings and Things, Cosmic Encounter and of Illuminati.

In the same way I've gradually acquired role-playing games that I played in the past, I've done the same with boardgames.  Here are the best additions.... 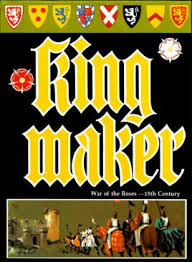 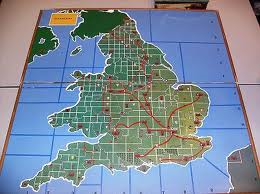 A classic game which absorbed many. many hours at uni [I really should have gone to some of the lectures!].  My son is a bit of a wiz at this and game easily wipe the floor with me.  My wife [who professes not to know how to play games] will also innocently shuffle some nobles around and then announce..." so, if I move this stack of nobles here and capture the king... is that a good thing??"  I think I'm being conned.

War of the Ring 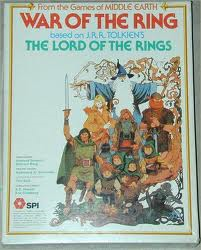 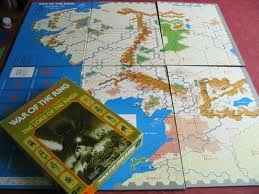 Not a game I played in the past, but one I always wanted.  I always loved the idea of a grand tactical view of the Lord of the Rings with Orc armies sweeping over the West and crushing the Shire [Bwah, hah, hah!!!] .  I saw a copy a few years ago in a charity shop and had no cash on me... came back the next day and it had gone... gutted!  Luckily Ebay is now an easy source of games. 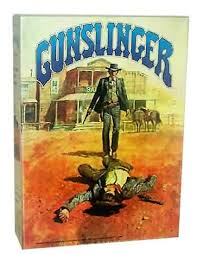 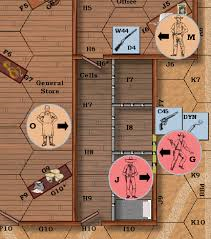 This is a great Wild West game from Avalon Hill which would be easily adaptable to a tabletop game.  I had a copy which I got on a family holiday to the US which I've since lost so, again, Mr Ebay was my friend. 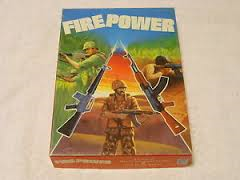 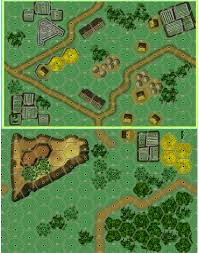 Another Avalon Hill game which covers the cold war and most modern [up to the 80s is still modern
to me!] wars. 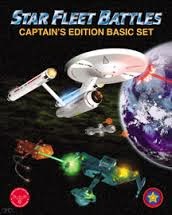 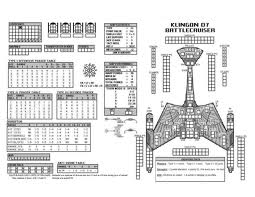 Another game that absorbed a lot of time at Uni... mainly Saturday afternoons and evenings at my friend Martins, aided by fish suppers and beer.  At the time the idea of juggling power allocation and complex ship diagrams was fascinating and absorbing.  I bought a copy a year or so ago and it was so complex and heavy going that I haven't been able to pick it up since!  Destined for Ebay I think!

I have heard [via Mike at Black Hat Miniatures] good things however about Federation Commander which is apparently a much more playable SFB style game.

Milestones... One year and 50 posts

It kind of crept up on me but I realised after putting up my last post yesterday that it was my 50th post!

Then I also realised that the blog has been going for 1 year today!!!

Many thanks to everyone who has viewed, followed or commented... when I started it I really thought that the only viewers would be me and the dog (he's a big fan!).   I'm now approaching 17k views and nearly 50 followers.... small fry compared with many, I know, but it always amazes me that anyone stops by so many thanks again.

Alastair
Posted by alastair at 06:53 9 comments:

Occasionally in the blog I've mentioned that my son and I have been playing occasional Role Playing games.  He came across my old copies of AD&D up in the loft and convinced me to run a game and much to my surprise I rediscovered how much fun they can be.

Since then we've tried out the games I had and I've gradually been acquiring second hand copies of games . I've now realised that this is turning into a bit of a collection, especially of a particularly unwieldy genre of games from the 80s...ladies and gentlemen I give you the stat-fest that is Fantasy Games Unlimited!

More on them in a minute...so far other games we've played include....

2nd was a system that I never really played much and I always preferred 1st edition.  I've just acquired a 1st edition Players Handbook and DMG off eBay and suddenly it's 1979 all over again! 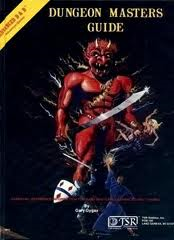 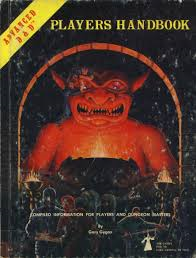 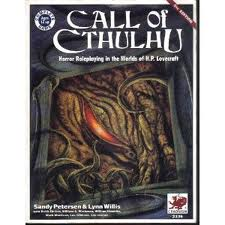 Fantastic game and the Cthuhu by Gaslight supplement doubles as a really handy rsource for In Her Majesty's Name.  Probably one of my favourite RPGs but a hard one to run 'on the hoof'... you really need to have prepared scenarios well.  With D&D etc I always found it much easier to bluff my way through the plot as a GM.


Star Wars: Edge of the Empire: 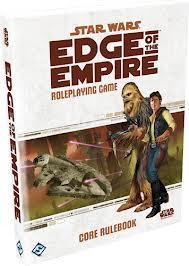 Gasp!... a new game that doesn't date back 30 years!!  Actually very good once you get your head round the weird dice system


There are a couple of games that I've found lurking in a box which we haven't got round to as yet:


I played in a Fantasy Hero game back in the late 80s when I first moved down to Surrey and it was one of those really memorable campaigns that sticks in the mind...quite dark and violent as I recall. 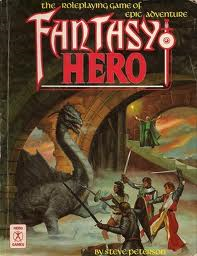 Gurps is a system I always liked but for some reason, apart from the basic rulebook, the only supplements I have are really rubbish... Ice Age and Riverworld!   I don't remember actually buying them so I can only guess I picked them up cheap somewhere in a moment of madness. 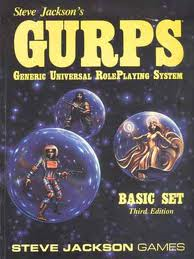 FGU games seem to have a certain 'reputation'... often words like 'unplayable', 'overly complex' and if we're being generous...'deep'... seem to get used a lot.  Actually these are the games I remember best from my 80s role playing days.  If you've never played them, they tend to have a points based system for building characters, a shed load of derived stats worked out by quadratic equations and lots of unnecessary rules [the Space Opera rules for trying to catch something which has been thrown to you, which seem to go for pages are a good example].

Despite this they do produce games that enable you to produce an in-depth setting and that can be tailored to the world in your head [...or at least the world in my head...no idea what's in your head!!!].  The individual mechanics vary from game to game but each reflects the setting.  A good example is Bushido's balancing act of violence and swordplay alongside a clever honour system that means characters have to think carefully about how they're behaving.

So far we've picked up Space Opera [mentioned elsewhere in the blog and generally viewed as being unplayable but one I've always had a soft spot for],. We've played a bit of this and despite the complex character creation it works well [if you ignore half the rules]. 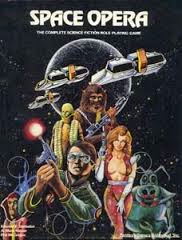 Bushido [lovely setting... haven't played it in 30 years though so who knows!]... 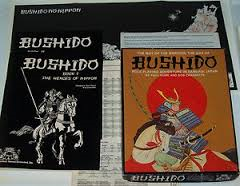 ...and most recently... Aftermath.  This is a particularly grim post-apocalypse RPG which I played a couple of times at Uni and loved.... think very gritty Fallout.  You're characters are likely to spend most of the game on a quest to acquire a few tins of beans only to all die of radiation sickness before they get them, but I seem to remember it as being great fun.

Of course I realise I'm looking at this with 30+ years between me and the last game and there's a real danger in going back to old favourites... I'm still haunted by a return trip to Saltcoats in Ayrshire: to me it was a childhood paradise of beaches and amusement arcades... when we went back a few years ago it a depressing run down seaside town that was effectively shut!  Similarly there's a tin of Toast Toppers in the kitchen cupboard that I'm frightened to try in case it ruins another wonderful childhood memory!!

“No man ever eats Toast Toppers twice, for it's not the same savoury snack and he's not the same man.” Heraclitus [if he'd ever experienced the wonder of toasted ham and cheese...]

It hasn't escaped me that what I'm actually doing is rebuilding the collection of RPGs and games that I had in Glasgow in the 80s... probably for some nostalgic middle-aged reason.  Oh well... I can think of worse things to collect and it's cheaper than going out and buying a sports car!

Email ThisBlogThis!Share to TwitterShare to FacebookShare to Pinterest
Labels: Call of Cthulhu, Role Playing, Star Wars
Newer Posts Older Posts Home
Subscribe to: Posts (Atom)
"At the age of four with paper hats and wooden swords we're all Generals. Only some of us never grow out of it."