No game at Guildford this week...instead I ventured a couple of miles down the road to visit Giles and his famous Shed.

This was its first outing after a bit of a revamp and it was even more impressive than before with a huge 15' long table and some fantastic scenery.  Giles had very kindly agreed to put on a game for Legatus Hedlius and I along with fellow Shed-ers [is that a word?] Matt and Mark.  On this occasion it was a Bolt Action game in a VBCW setting...my first encounter with both the rules and the setting.

No photos from me as I was too busy rolling dice and trying to keep up with the fast pace of the game.  Despite managing to just about hang on the central objective and Mark being close to seizing a second the clock counted down and the Evil Fascists managed to clinch the game.

There's an excellent write up and lots of photos here.... Shed Wars
Posted by alastair at 23:09 No comments:

This week saw a rare outing for my ACW Ironclads and the Peter Pig Hammerin' Iron rules.

My ships are 1:1200 models that I picked up from Ebay years ago... Peter Pig do a lovely range of ships in 1:600 and I did buy a few of these last year, thinking to upscale my collection.  I've put them somewhere safe... unfortunately I've no idea where!  One day I'll stumble across them and it'll be a pleasant surprise I'm sure...

As with most PP games there is a pre-game sequence which determines who is attacks and who defends.  The attacker gets all his ships they arrive in a staggered manner over several turns.  The defender has even fewer out of his starting 6 ships and they are even later in arriving, but does get a fort.

The attacker's objectives are to defeat the enemy ships [obviously] but also to attack some transport ships and some riverside warehouses.

Finally, having worked out who is attacking and defending and set up the shoreline depots, islands and sandbanks, the players spend points on 'assets'.  These range from fire rafts.torpedoes and submarines to improving a ships gunnery, causing something 'bad' to happen to an enemy ship and causing night to fall.

I was the attacking Union player with Mike's Confederate fleet defending, or at least they would have been in most of them had bothered to arrive!  For half the game he only had 2 ships actually on table with a 3rd arriving later on.

He managed to release the first of his fire rafts directly into the path of one of my ships early on and continued to hound it throughout the game with his late arriving ship finishing it off by ramming. Unfortunately the turn after his successful ram he rolled a double 6 for a critical hit and his ship exploded!  On the other riverbank 2 of the Union ships ran past the guns of the fort which proved less than effective, causing hardly any damage.

Like many PP games there is also a 'clock' counting down to the end of the game and shortly after the exploding Ironclad incident the clock struck 8 and the game ended.  The result was 2 Confederate ships lost to 1 Union but the transports had been wiped out and the warehouses pretty battered giving a major Union victory.

These have been the best Ironclad rules I've come across so far.  There are several good sets out there but they can often descend into rolling dice for hitting, penetrating armour, causing damage etc and if the ships are too well armoured it can prove hard to actually cause any damage at all...probably quite realistic but it doesn't make for an exciting game!


So, not much in the way of wargaming for several weeks (or painting for that matter)

In the meantime however we've been off to North Wales for a week in a lovely converted barn in the Lleyn Penisula (the sticky out bit next to Anglesey).  I've only ever been for a couple of weekends to Wales so this was a new venture for all of us and was largely determined by finding somewhere nice where the dogs could stay... it was only after we'd booked it that we considered the impact Trigger might have on the local wildlife, and especially sheep!  I'm pleased to report that there were no negative dog/sheep interfaces and apart from a squirrel that didn't get out of the way of the car in time, everything had a lovely week.  Wales was really interesting and felt very 'old'... not sure if I can explain it any better than that but there seemed a real connection to the past.

So... can I stretch this to bring in some wargamey links?? Of course I can...

Apart from sheep, the other thing that Wales is full of is castles and we managed to squeeze in 4 of these over the week [3 really, and one on a technicality].  Despite staying relatively close to Harlech and Caernarfon we ignored these major sites and focused on some alternatives.

First up was Criccieth Castle which is a 12th Century Welsh rather than English Castle, sitting on the edge of Cardigan Bay.  It had a few scorch marks on the walls left over from the Glendower revolt.  Very pretty and with an excellent fish and chip shop round the corner [brilliant planning by these Welsh Princes!]. 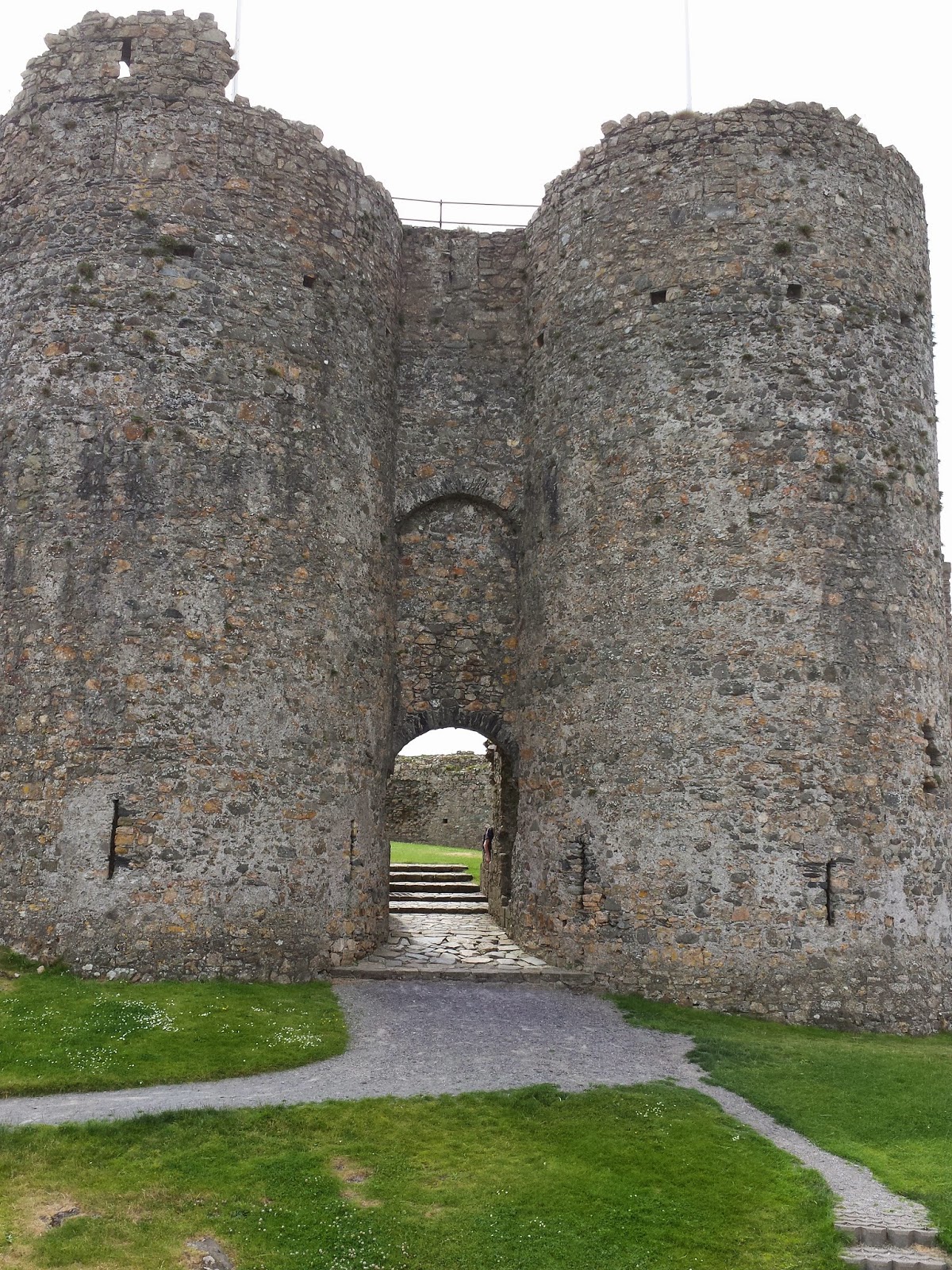 Our next castle wasn't planned and we came across it after climbing the 371m high hill next to the cottage.  My son had been keen for us to attempt Snowdon and this was a bit of a compromise as I wasn't sure we'd survive the climb!  After 90 minutes of trekking, and dodging sheep, we made it to the summit to discover that the top was actually an Iron Age Hill Fort and also the site of a 12th century castle.  The descent was a bit easier and fried banana and bacon sandwiches afterwards made it all worthwhile.

The 3rd castle is a bit of a cheat as we only really walked pat it en route to the Ty Coch pub on a lovely beach a few miles from our cottage... again it was a hill fort, in this case sited on a promontory.   We gave it a quick glance and then in the spirit of historical adventure headed straight to the pub for a ploughmans.

Finally we'd been saving the best for last... my son and I are keen Kingmaker fans [my wife grudgingly plays and I suspect enjoys it more than she lets on... more on this later...].  Obviously castles are pretty crucial to the game and our favourite [sad, I know] is Beaumaris...mainly because it's an ideal place to stash your Royal family members as it's technically overseas! 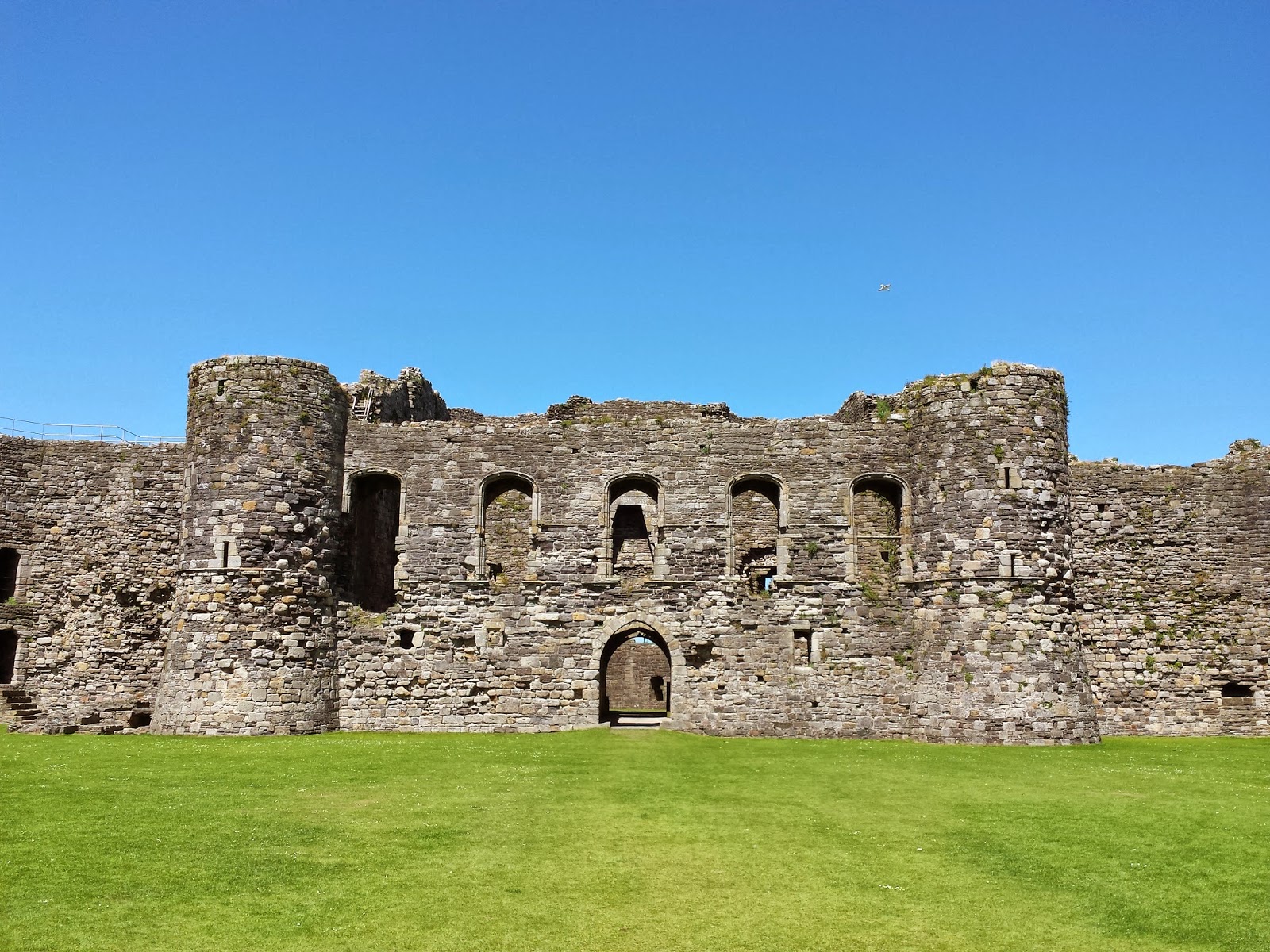 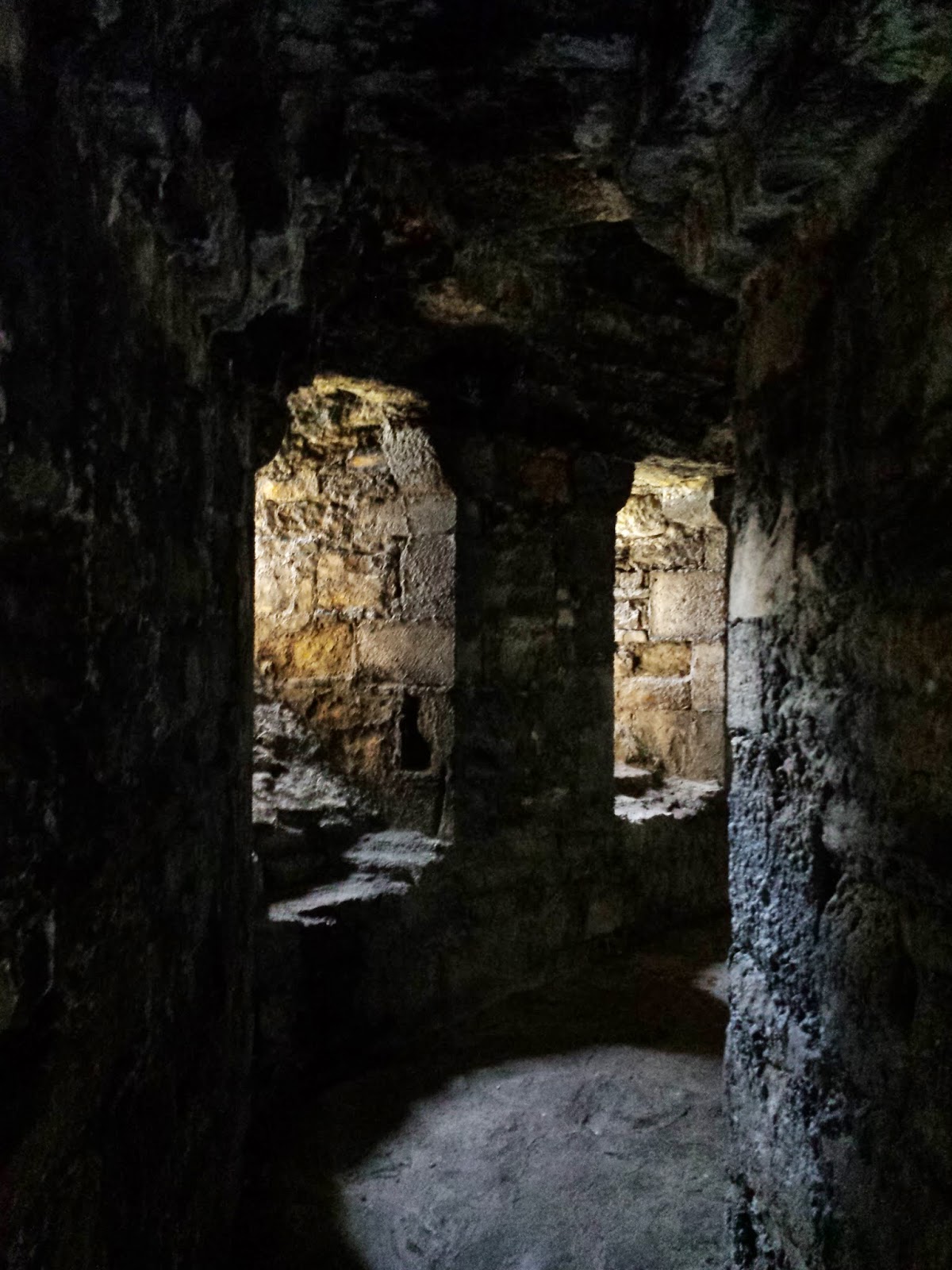 My son and I spent an afternoon exploring the site at Beaumaris which is a World Heritage Site and probably the best example of concentric castle building.  It was Edward I's last castle in Wales before he got distracted and went to stomp all over Scotland and is really lovely.

And so to Kingmaker...this seems to have become a bit of a holiday tradition and this game went on over 3 nights as a break from watching the football.  Unfortunately early on the first night I made the mistake of leaving the room for 5 minutes to bring in the washing and returned to find an evil wife/son alliance poised to attack me and wipe out most of my nobles.  I never really recovered from this underhand attack and my few attempts to strike back were delayed or failed.  I then had all my remaining nobles and my only royal counter struck down by plague in London....happy holidays!!!  Unusually for Kingmaker the game did actually reach a conclusion with my son's uber-powerful faction crushing all opposition and ruling the kingdom with a fist of iron..

Of course all of this has left me thinking of how to relate it to the tabletop and I've been looking at Dux Brittanarium from Too Fat Lardies for a dark age/Arthurian type game because obviously what I need is a new project!!