A return to the Wars of the Roses this week and a game of Never Mind the Billhooks.  Most of my games of this have been the large scale series of games we've played at Eric the Shed's so it made a change to play at the level the games were originally designed for. 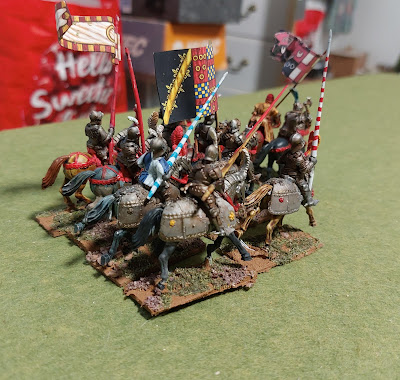 The game pitched Percy against Clifford with Clifford's Yorkists having an edge in missile troops while Percy had brought along his cavalry and mounted Knights. 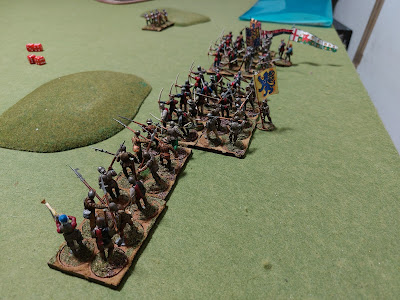 The game has a manoeuvre phase and I tried to use this to send my cavalry off on a long flanking move.  They were quickly headed off by some mercenary handgunners who took some pot shots at them as they passed by a wood.  This opening salvo brought the Manouvre phase to an end and the game proper started. 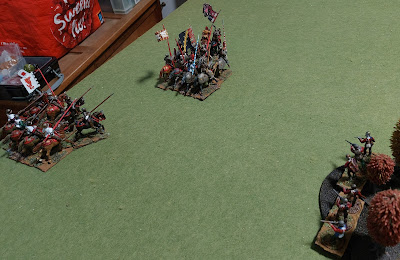 Actually my Knights were in some serious bother...handgunners are particularly nasty against men at Arms but fortunately for me the mercenaries decided to camp in the woods while they renegotiated their terms and conditions... unluckily for Andrew the Yorkist skirmishers card failed to come up for the next 3 turns in a row!! (If I had any card shuffling skills this might have looked suspicious but I'm very cack-handed when it comes to cards!!)

My Knights were able to ride safely past the skirmishers and onto the flank of the Yorkist army, pinning down some archers and foot Knights.

Back in the centre I was taking a bit of a hammering from the Yorkist archers and my own bowmen were rapidly being shot to pieces.  My own skirmishers were slowly whittling down the enemy but not fast enough.  Several melees broke out with the tide seeming to turn in my favour but my morale counters were dwindling... when you can't hand over a counter the game is over.  At one point I was down to zero but managed to recover one by rallying a unit. 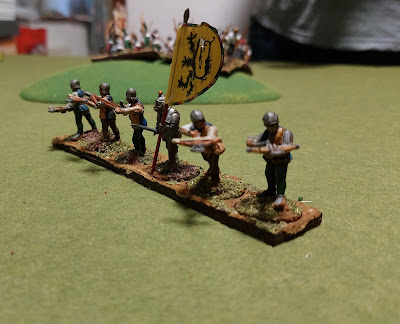 The Yorkist foot Knights charged my lone unit of Billmen in the centre but were foiled by an unexpected ditch which protected their front (thanks to a Special Event card and much to Andrew's exasperation, not helped by me laughing like a drain!!) 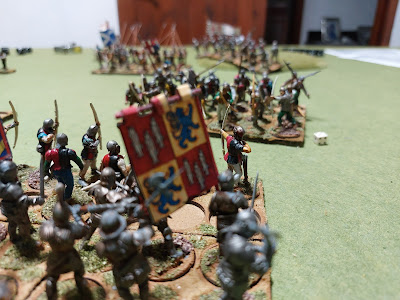 Over on the flank the Knights had ridden down and destroyed the Yorkist foot Knights but were a bit fragile afterwards and were then shot to pieces by archers and the handgunners who had finally signed a new contract and ended their work to rule.  These were quickly followed by the demise of my Light Horse and this emptied my pot of morale counters, handing the Yorkists a narrow victory.

It was definitely a game won by firepower... I dont think the Yorkists won a single melee but were able to use their archers and skirmishers (eventually) to great effect.  It also really showed up the problems of cavalry and mounted Knights... they're great for marauding on the flanks and can be devastating in a charge but they are also very brittle and tend to be an expensive one-shot weapon.  Excellent fun as always.

Email ThisBlogThis!Share to TwitterShare to FacebookShare to Pinterest
Labels: Never Mind the Billhooks, Wars of the Roses

One of my 'on again... off again' projects is Blood Red Skies by Warlord games.  Checking back on the blog it was a scary 3 years ago (!!!) that I posted that I'd nearly finished the starter set planes (LINK).  They're still nearly finished...they just need some decals applied. 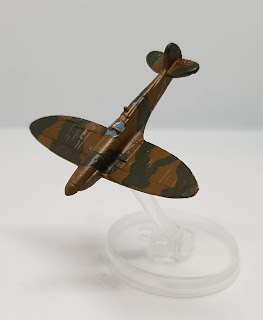 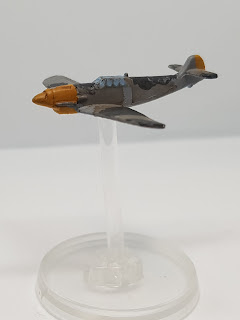 But obviously I need more than the Me109s and Spitfires that come in the starter set but this has remained on the back burner until recently.  The Warlord planes are quite pricey although there are some good alternatives available from America.  But, in true tight-fisted Scottish style, I've been keeping half an eye in eBay for some sensibly priced sets.  Of course this does tend to mean that its the more eclectic planes that appear at lower prices but my air forces have been beefed up by some bargain Me410s and some nice Bristol Beaufighters 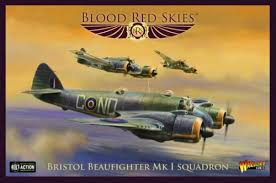 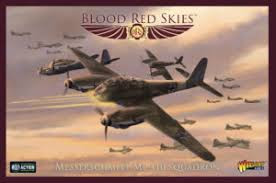 Having got this project back up and running I don't need any distractions.  So what pops up on Facebook this evening... 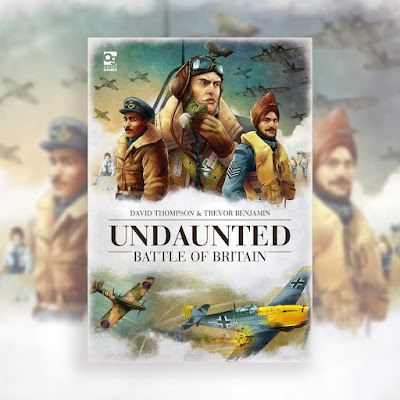 I mentioned in my last post about having discovered the Paperboys range of 10mm armies.  I've since been busy sticking and snipping and have put together some Legions and a large unit of Gauls as well as some Gallic cavalry. 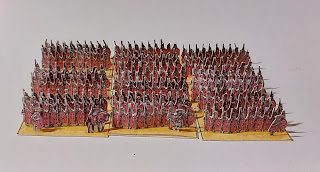 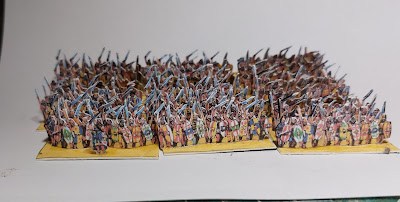 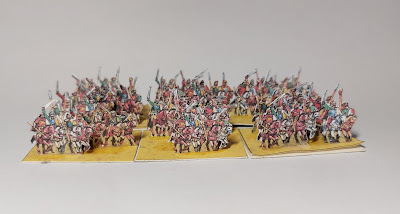 They're really quick to cut out and assemble and I've found if I have the units glued back to back and ready to cut, then I can do the odd one in a spare minute when I've taken a break from work or I'm waiting on the kettle boiling... very therapeutic.

They look great en masse and give a good impression of a sizeable unit.  Now I'm off to read up on Strength and Honour which are the rules I'm tempted by for these (although Hail Caesar would also work well)

Email ThisBlogThis!Share to TwitterShare to FacebookShare to Pinterest
Labels: 10mm, Paper soldiers, Roman
Newer Posts Older Posts Home
Subscribe to: Posts (Atom)
"At the age of four with paper hats and wooden swords we're all Generals. Only some of us never grow out of it."