A walk on Reigate Hill (and a new dog)

I had a plan for a blog post based on a walk we were doing this morning but my route was scuppered thanks to our neurotic dog, so I've had to improvise a bit and base it on the things I might  have seen if Cisco hadn't been such a wuss. 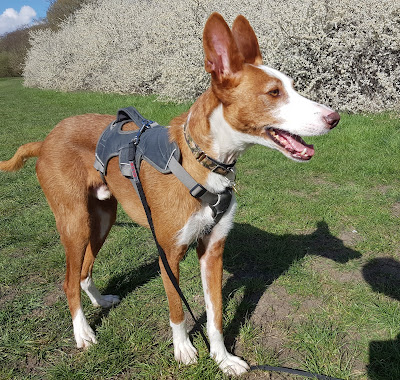 Firstly let me introduce Cisco who joined us 6 weeks ago.  We got our first dog, Trigger, back in 2012 (unbelievably just after I started the blog) and he was then joined by Lizzie in 2014. Sadly we lost Trigger back in January.  We hadn't planned on getting another dog straight away but then we met Cisco...

Cisco is a Podenco... specifically he's an Ibizan Hound.  He was used as a hunting dog but was handed in to rescue centre in Spain (luckily for him...often they are killed when they're no longer wanted)... I suspect it was because he was rubbish at it!  He's a lovely, goofy boy but very nervous, especially around people (probably because of the treatment he's had in the past) and this usually shows itself by lots of barking.

Our planned walk today was going to be along the path on Reigate Hill in Surrey and I knew there were some wargame-related points of interest along the way.  Thanks to Mr Barky we never made it to them and had to find a quieter spot to walk in (and more annoyingly we never made it to the cafe for a coffee and a cake!).  To be fair we had a lovely walk on a sunny Spring morning but that doesn't make for an interesting blog post so here are some of the things that I would have seen if Cisco hadn't been so stressed... I've been to them in the past but the photos are lifted from elsewhere on the internet (mainly the National Trust)

For those who don't know it Reigate Hill is part of the North Downs in Surrey.  There is a long flat plane to the south before the land rises again at the South Downs and then falls to the South Coast. 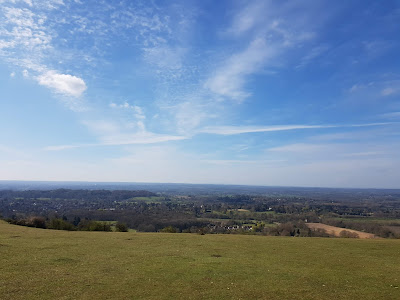 Back in the 19th century when the biggest non-colonial threat to Britain came from the pesky French, the North Downs were a logical place to site a series of forts designed to protect the approach to London.  13 forts were built covering a 72 mile stretch from Guildford to the Thames and into Essex.  Reigate Fort is now owned by the National Trust and was really an ammunition and equipment store in use from the late 19th century till it was stood down in 1906.  When my son was younger we came to a re-enacting event here with lots of Victorian and WW1 re-enactors 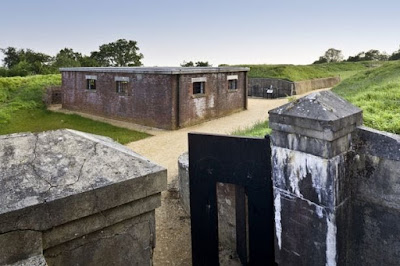 Reigate Hill's war efforts didn't stop there though.   Buried in the hillside is a building which may have been a WW2 radio monitoring or communication station.

Not far from the fort is a memorial to a WW2 tragedy when a B17, returning from a daylight raid on the German/Czech border in 1945, crashed into the hillside, killing all 9 crewmen.  The plane was returning on a foggy evening and clipped the trees on the hillside in the fog, crashing and exploding.  The news of the crash was embargoes until 1946 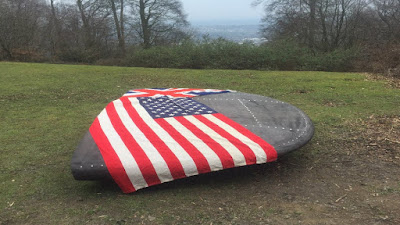 The final historical site on the route is the Inglis Memorial.  This was donated to the town by Lieutenant Colonel Sir Robert William Inglis in 1909. 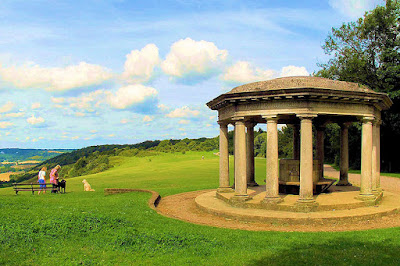 Clearly a military man, I struggled to find out much about his army career but he served with the  Queen’s Edinburgh Rifle Volunteers, 1859-1866 and the London Irish Rifles, 1872 before retiring in 1891.  His post army career seems to have been with the Stock Exchange and founding various rifle and gun clubs.

So there we have it.. I almost had a history walk.  Now I just need to provide my neurotic hound with some therapy before the next one!