Well, we survived our trip back home, north of the border and into the wilds of Aberdeenshire and Moray.  A lovely week of walks, dolphins and seals, staying in a fishing village overlooking the Moray Firth. 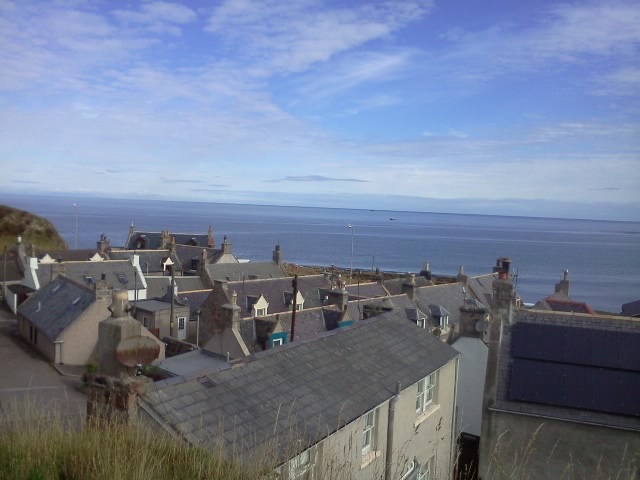 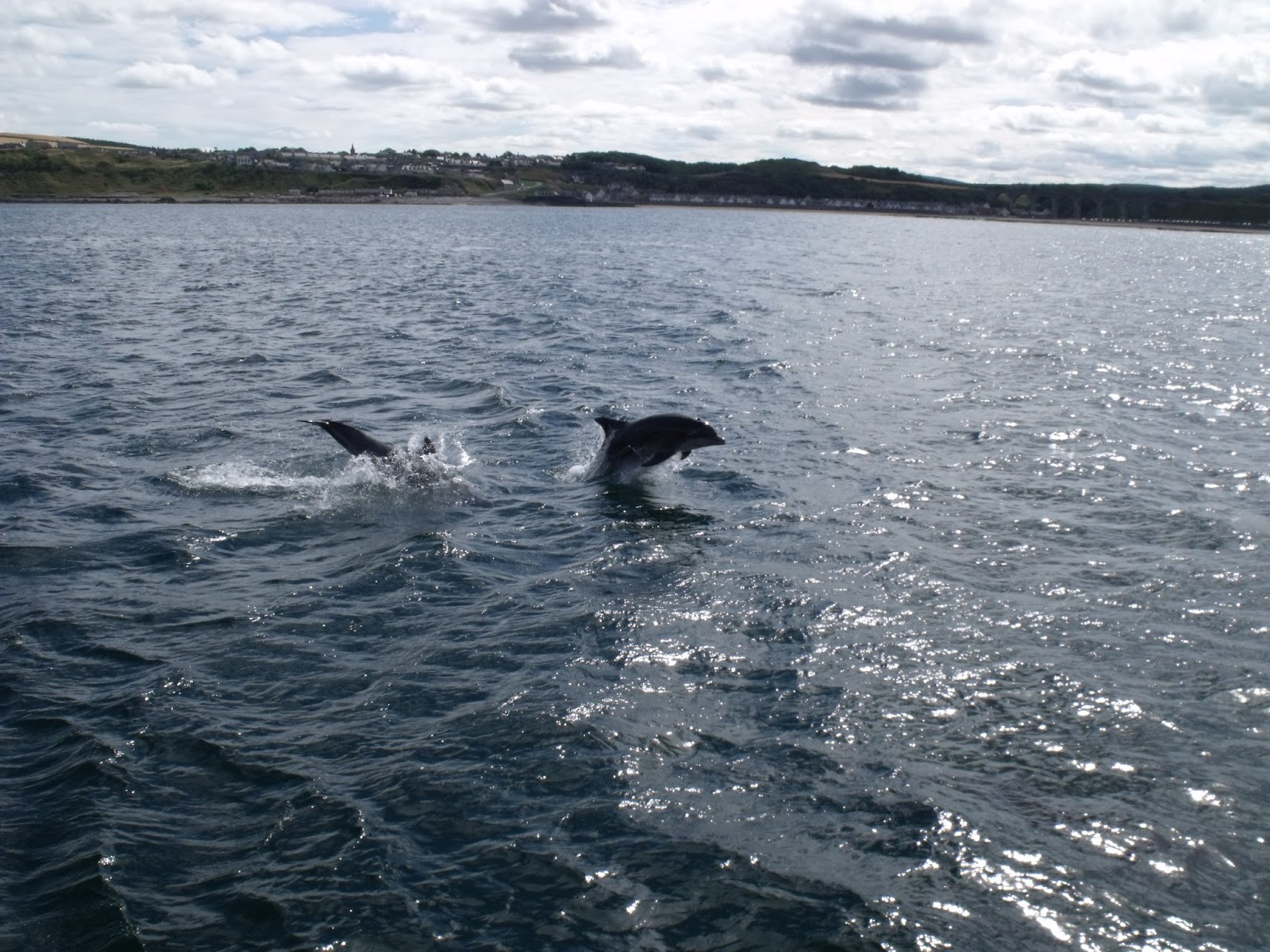 As mentioned previously we made the hour long journey westward to visit the Culloden battlefield.  I last came here some 30-odd years ago with my family and couldn't really remember much about it [I think it rained....]

The site is well preserved a few miles from Inverness and has a new visitors centre that opened 6 years ago.  Over the intervening years the site has been overgrown with trees and then cleared but there is a good feeling for the moorland that the troops charged over.

There are paths marked out across the site marking the Government and Jacobite lines  as well as paths allowing you to cross the field but leaving most of the site untouched.  Along the central path, by the large Cairn, are the graves of the Jacobite clansmen arranged by Clan name as well as a few 'assorted' graves.  We managed to avoid the dog weeing on any of the graves.... I'm pretty sure we'd be labouring under some kind of Highland curse by now if he had!
﻿ 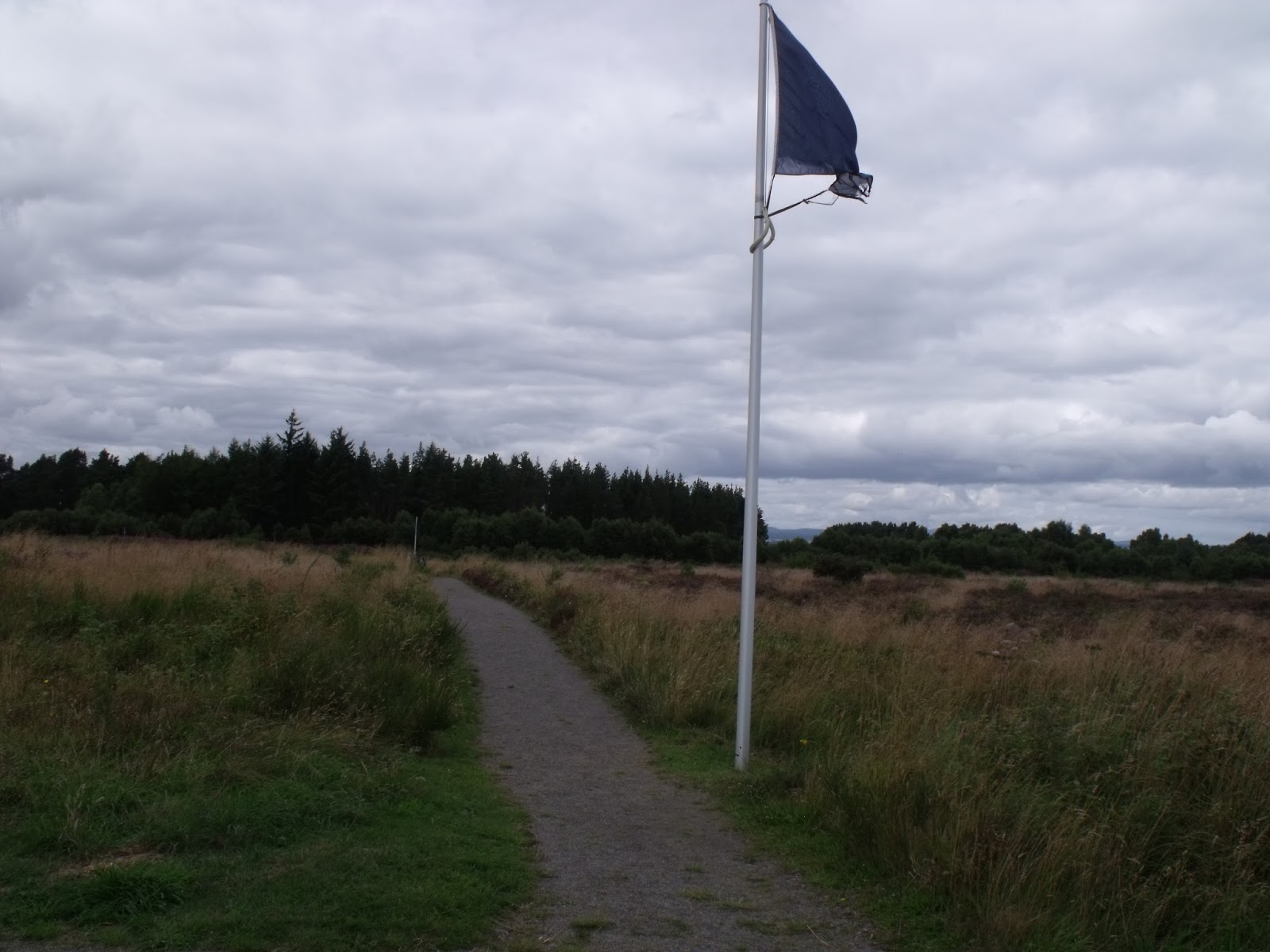 The field was quite busy... lots of American tourists trying to find a link to a Highland Chieftain amongst their ancestors I suspect.  No idea if we have any in our family tree... we seem to be a whole mix of Scots, Irish and English [who were apparently 'travelling show people' according to my Granny and definitely not, I repeat NOT gypsies!!!].  I think it's more likely that my wife's side were present but on the Government side! 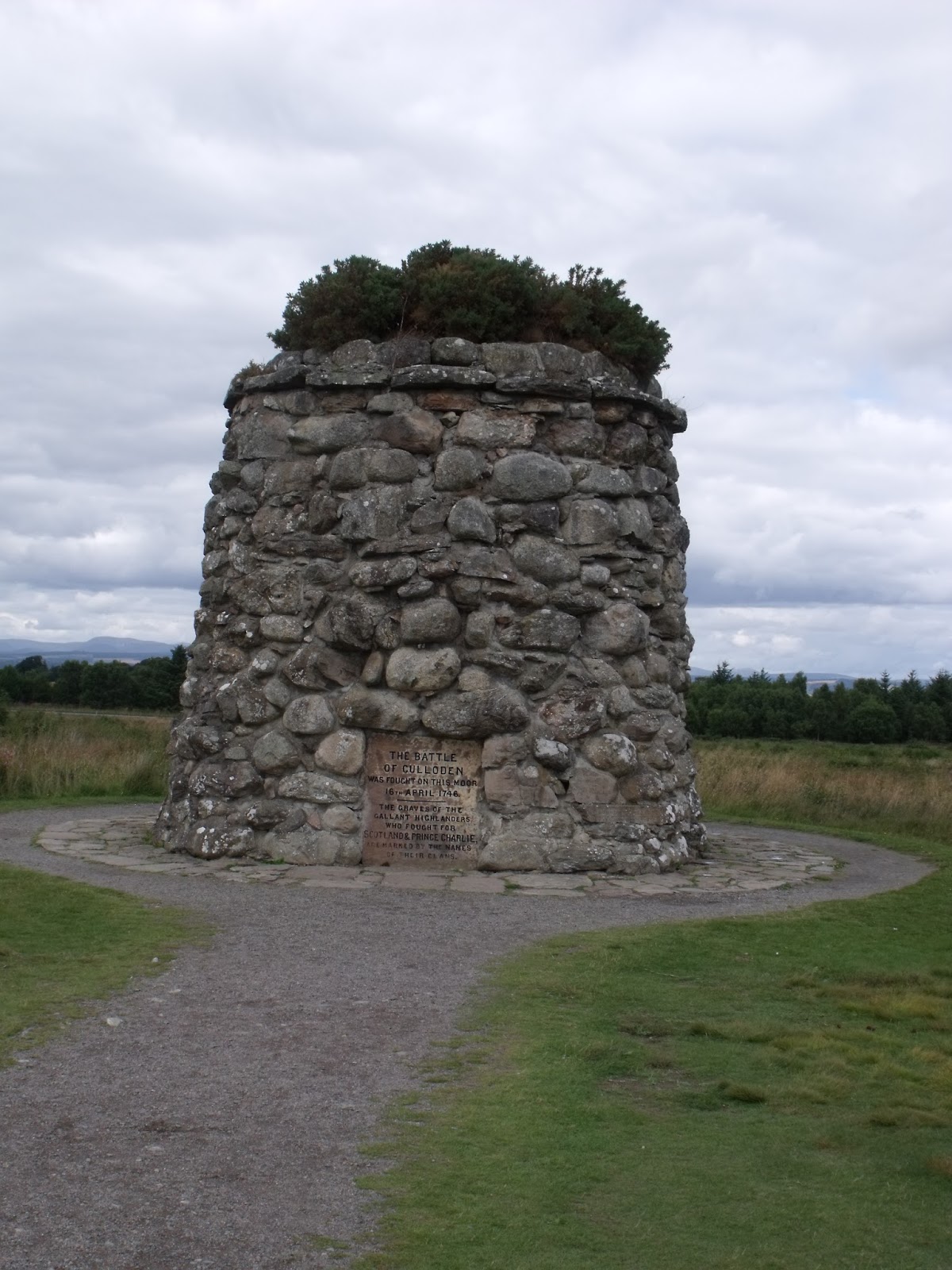 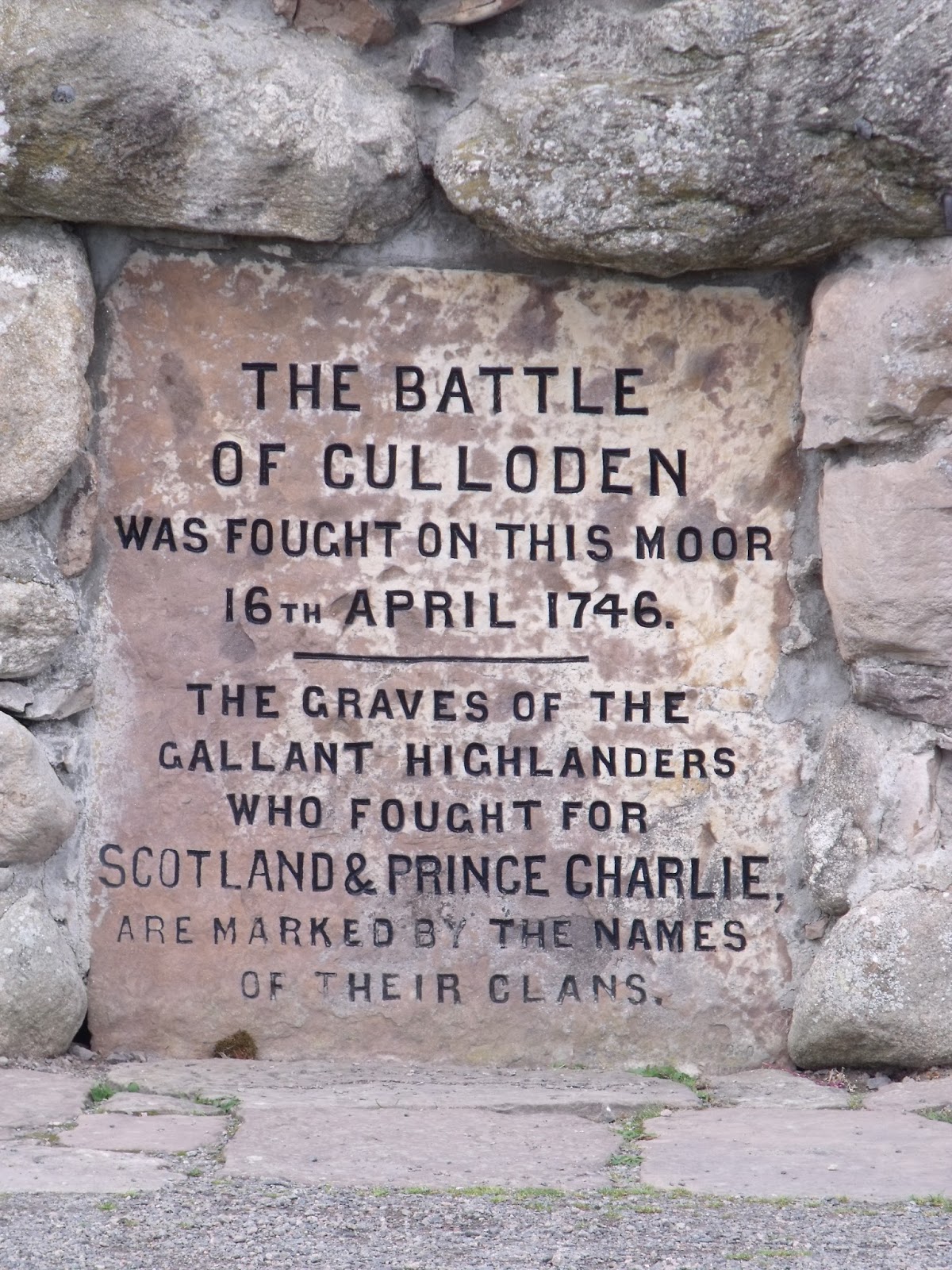 I've always thought Culloden and the whole Jacobite rising in 1745 is an interesting campaign, not least in trying to understand the motivation of the Jacobites.  I've always found it odd that they could cling so tightly to the restoration of a family that had lost the throne 57 years before and who had no real connection to the Highlands.  Of course there are all sorts of other interpretations and factors weighing on the campaign...a struggle between highland and lowland... a Scottish vs English fight [I know it wasn't in any sense]... an attempt to return to an Episcopalian Church [surely religion couldn't really be that strong a motivator for Scottish aggression... oh, erm, right....] or a romanticised last stand of the Noble Savage highlander against the ruthless Government.

All of this leads, of course, to the temptation to recreate it on the tabletop.  I really don't need another period to dabble in... no I REALLY don't!!.  But it's very tempting...  I do have some ECW Royalist and Covenanter armies in 15mm which have languished in a box, mostly unpainted.... the Highlanders would probably be very suitable as I don't think a huge amount had changed in the intervening period.  It would also be very do-able in 6mm with Baccus miniatures, again using ECW figures for the Jacobites and 7 Years War troops for the Government army.  In that scale any discrepancies would be un-noticed by most [although I can think of a couple of people that would spot it!!].  Rulewise, Black Powder seems a logical choice and is one of my favourite sets but I've also heard very good things about Maurice.

I think this is one that will stay some way down the list for the time being... I have some more IHMN troops undercoated and ready to paint: more Ironclad miniatures steam robots and evil henchman for Professor Moriarty.  I've also just spotted the announcement the the latest 'official' faction, the Brick Lane Commune are due for release soon which do look very tempting...

I've also just received the 2 sets of figures I'd ordered for Ronin... Bushi and Sohei monks so there's more painting needed I need to get back into regular painting before I try anything new.

Another scarcity of posts for a bit but this time I have an excuse!!

We're off on our holidays.... a few days in sunny Glasgow visiting the folks and catching up with friends (hi David!) and then off on our own for a week on the Moray coast


We've plans to do a lot of walking and somehow I've managed to convince everyone that a trip to Culloden is in order!   Not sure what else is around from a history/gaming point of view (apart from a shed load of castles of course) but my son has conveniently packed  of Kingmaker (his favourite game) so I suspect there may be hours of plotting and scheming if the weather closes in!!

I'll post something about Culloden if/when we get there.
Posted by alastair at 08:41 4 comments: