Steady work this week on the North West Frontier figures.... cavalry support for the British and the Afghans.  I've now started on a second cavalry unit and extra infantry for the Afghans (I figure they'll need them!) and some Highlanders 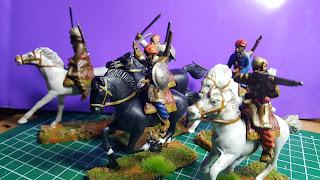 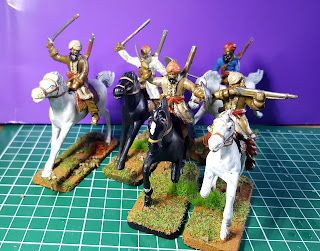 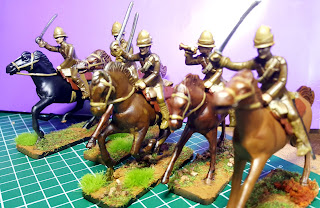 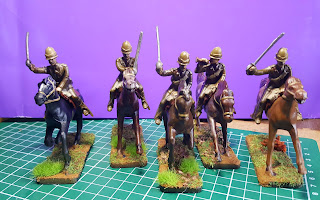 Later in the week I should finally get to try out Sharp Practice 2...it's been quite a while since I played the 1st edition so I'm not sure I'll actually notice the changes although Deployment seems to be the biggest change.

I also finally managed to get round to watching the first couple of episodes of 'American Gods' which I've been looking forward to...so far it's been pretty faithful to the books and very good indeed.  I also watched the first series of Black Sails which took a little while to grow on me (the first couple of episodes are very slow indeed) but is fun in trashy pirate sort of way.
Posted by alastair at 16:47 2 comments:

Some recent games and a North West Frontier update

So no updates for a couple of weeks while work and stuff ate into my time and enthusiasm for sitting in front of the laptop.  Hasn't stopped my playing the odd game though and getting on with some painting for a change.

I was lucky enough to take part in a couple of excellent games at Eric the Shed's.  The first was a very bloody and fun Predator game which involved a lot of running around the jungle being eaten by animals, plants, and occasionally a Predator...one of those games where anyone actually surviving and getting off the board intact is a bonus: great fun!

The second game was probably the most spectacular that I've seen at Eric's and certainly was the kind of game that would rival anything you'll see at a show.  The full write-up can be found here on the Shed Wars website but I've added a couple of photos below.  The game was an ECW siege with the plucky Royalists defending the walls against a desperate assault by the Parliamentarians.  Have a look at the full report on Eric's blog...really inspiring and a brilliant game despite the walls eventually falling and the defenders being put to the sword. 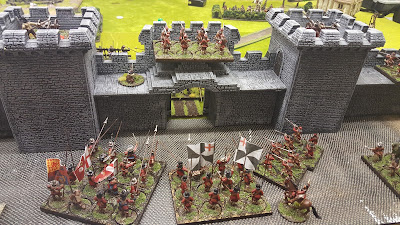 I've been working on my 54mm North West Frontier figures and have made quite a bit of headway...I've now pretty much completed around 48 foot figures and an artillery piece for the Brits.  Now to get to work on the cavalry before I attempt tartan in 54mm! 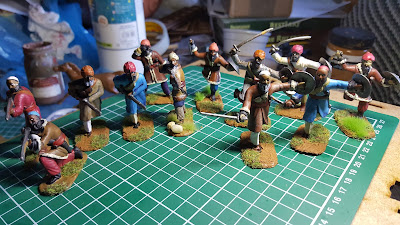 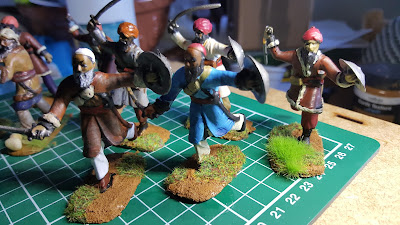 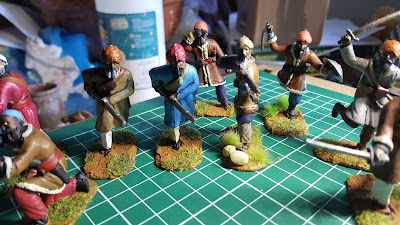 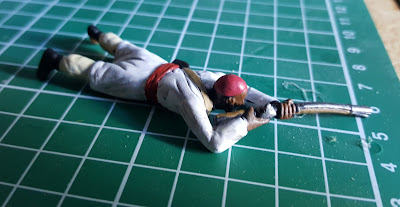 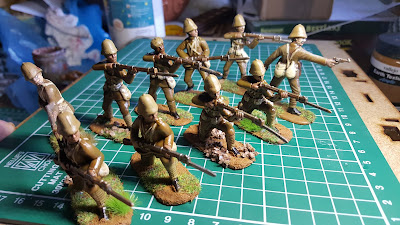 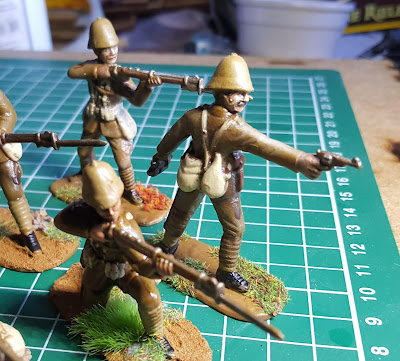 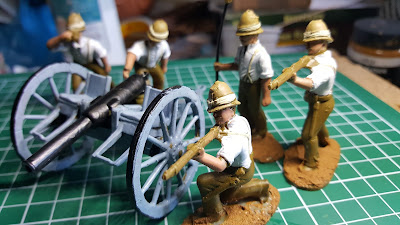 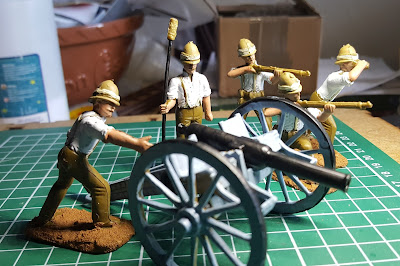 I've also been giving some thought to rules.  Sharp Practice is a definite possibility but I need to get some more figures painted for this.  It would be good to look at something on a more 1:1 level.  Possible contenders include GASLIGHT, the old WRG Fire and Steel rules and possibly adapting Donnybrook.  Definitely more thought required but if anyone has any good suggestions I'd be grateful

Email ThisBlogThis!Share to TwitterShare to FacebookShare to Pinterest
Labels: 54mm, Afghanistan, Northwest Frontier
Newer Posts Older Posts Home
Subscribe to: Posts (Atom)
"At the age of four with paper hats and wooden swords we're all Generals. Only some of us never grow out of it."