Merry xmas to everyone who's popped by here over the last year and a bit.  I hope you've had/are having a great one and that Santa brought you all the toys you were hoping for!

Sedition Wars...I think I've done my back in!


I finally got round to unpacking the Sedition Wars boxed set which I'd been given by a very generous club member who couldn't face the prospect of painting all the figures!

The game comes with  human and alien squads and a host of tokens and counters [not all of which I've worked out yet].  The figures are multi part and require some assemble... mostly this seems fairly straightforward but a couple are more complicated... a human in exo-skeleton armour and the larger squidgy monster style aliens.

There are a host of jiffy bags to unpack with figures, tokens etc and a set of heavy card boards which form the outpost battlefield...

The set also contains specialist dice, unit cards, a painting DVD [haven't got round to this yet], yet more counters and bizarrely a cloth badge... I'm not sure what I'm meant to do with this but my sewing skills are rubbish so I suspect it'll stay in the box!

I'd thought the box was very full but then discovered that it contained an extra set of the terrain boards as apparently these have a tendency to warp, and a second rule book.
The New Year beckons so this could make a good project... relatively self-contained and not too taxing in terms of the amount of figures... mind you the aliens look a bit daunting to paint!
﻿


I finally got round to finishing off my Early War Germans. The plan is to use these with Chain of Command etc and they've been languishing due to a lot of external distractions... work [booo!]., dog walking [ok when it isn't raining and the café in the park is open] and World of Tanks. 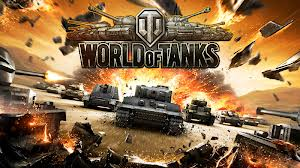 If you haven't come across this yet I can only advise you to stay away... like some kind of wargaming-crack it will sap your willpower and absorb hours of your life that you used to spend painting! [...must have one more game... I need the experience to upgrade my Hetzer!]

These were a bit of an experiment...I used the PSC spray undercoat to try and minimise the painting time and then dipped them in a tin of the Army Painter Shade stuff.

The verdict is a bit mixed: the undercoat spray is very good... the colour looks right to an occasional WW2 gamer like me and it did save a lot of time.  The dip was more of a mixed batch.... it's a good, quick way to shade figures [unless they fall in the tin as happened to one poor infantryman... covered in sludgey brown stuff!].

My main concern is the shineyness of the figures. Normally I'd wash them with some of my dwindling supply of GW brown ink [the good one... before they changed all their washes.  I picked up several bottles cheap at the model shop in Dorking a couple of years ago]  The ink leaves the figures well shaded but without too much glare.

The Army Painter Shade however seems to leave a very shiney surface over everything... the shading is fine but they are a bit too toy soldiery for me.  I think a matt varnish may help but my GW varnish is satin.  If anyone can suggest a decent Matt varnish I'd be grateful!

Email ThisBlogThis!Share to TwitterShare to FacebookShare to Pinterest
Labels: Chain of Command, Too Fat Lardies


This week I had the chance to dust off Sharp Practice, the rather excellent Too Fat Lardies Napoleonic rules.

Now I've never been  great Napoleonic fan... I really struggle to get to grips with the history, the changing state of the nations and, of course, the uniforms.  Apart from the huge variety and the unique wargamey fear of getting the facings wrong on the Queens Own 42nd Camelry.  Everybody seems to be an expert in this era which adds to the danger of getting  detail wrong.

Despite this I was tempted by SP as it doesn't take itself too seriously and allows you to recreate Sharpe style engagements... the fact that units are often only 10 men strong is a close reflection of the TV series too!

Andrew and I have been trying to get this game played for some time and finally managed it last night.  The scenario pitched a British landing party of the 42nd Foot and some Rifles [of course!], supported by a Naval party, making their way to  village to rescue a spy who needs to be evacuated.  Of course the village just happens to be garrisoned by some French troops who have to drive off the invaders.

In theory the village was located somewhere in Spain... the buildings look suspiciously like a mix of Dark age and Fantasy buildings.  Similarly the villagers milling about in the fields bear a strange similarity to ECW villagers... needs must I'm afraid!﻿

Andrew's forces made a bold march straight towards the village with a strong core of Highlanders leading the charge.

His Riflemen skulked about in the woods [as Riflemen are wont to do I suppose] before emerging to pick off the remains of the first French unit to be bold enough to try and take on the enemy.


In the centre the French took a bit of time sorting themselves out and trying to get  units combined into a larger formation... it took a bit of time but eventually was worth it as they were able to concentrate fire on the Highlanders

Eventually the weight of fire in the centre began to tell and the Highlanders fell back.  By this point the French Light infantry who had been guarding the pigsty on their Right flank had decided to advance and were also harassing the British from their flank.

The spy made herself known and ran to the relative safety of the British lines but we ran out of time to determine if they made their way back to their boats.

The rules work very well for this level of game... the card system makes activation very unpredictable.  In our game the British were constantly being teased with the prospect of the gaining some bonus 'Grasp the Nettle' cards which would have been a great help by giving them extra actions, only to have them tantalisingly disappear as the Tiffin card was turned [...because of course everything stops for Tiffin...].  They don't take themselves at all seriously but do give a 'proper' game.

I hadn't played these for some time and I'd forgotten that I had painted up quite as many figures as I actually had.  I think this may be because I'd tried to blank out the hours of painting Black Watch tartan kilts!!  Maybe I'll try and get them out a bit more often...now perhaps I should add some cavalry....

Email ThisBlogThis!Share to TwitterShare to FacebookShare to Pinterest
Labels: Too Fat Lardies
Newer Posts Older Posts Home
Subscribe to: Posts (Atom)
"At the age of four with paper hats and wooden swords we're all Generals. Only some of us never grow out of it."