More progress on the 54mm Armies in Plastic troops for the North West Frontier.  These Gordon Highlanders are part of the British contingent for one of the games at The Little Wars Revisited 54mm Games Day in Woking on 10th March... link 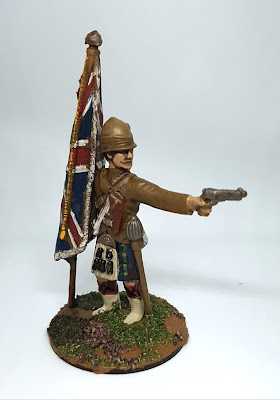 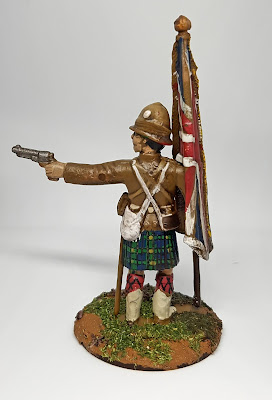 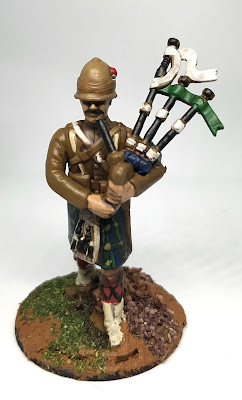 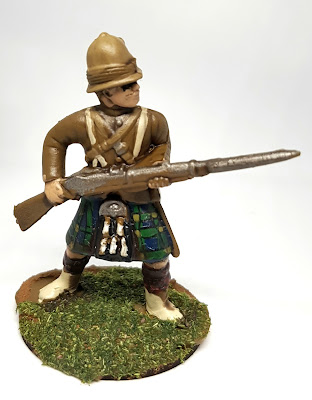 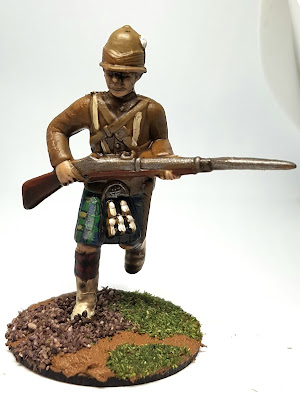 The deadline has been really helpful for my motivation...if only work deadlines worked the same way  :)
Posted by alastair at 23:08 2 comments:

Last year I played my 1st game of Advanced Squad Leader for about 30 years and although I quite enjoyed it (we played a very simplified introduction game which didn't come with the dissertation level rule book) I found it less satisfying than some other WW2 boardgames such as Heroes of Normandie...probably still my favourite boardgame in this setting. 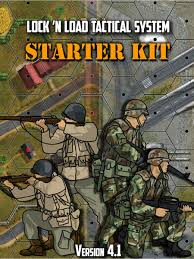 Last week I had the chance to try out an alternative to ASL...Lock 'n Load Tactical.  There are lots of games in this series (including confusingly a Heroes of Normandy set...but spelled with  a 'y' at the end rather than an 'ie'!). We played a scenario from the introductory game: this is a relatively cheap starter game which gives players a chance to try out the mechanics in a couple of scenarios before committing to investing the system which is quite a nice idea. As this can be picked up for less than a tenner it's pretty good value.   We played out the WW2 scenario but the game also includes a Vietnam scenario which would be good to try at some point.

The game set a squad of US paratroopers the task of defending a cluster of buildings against a larger German force who have a tight time limit to occupy key buildings.  The mechanics were quite ASL-ish to my untrained eye, but seemed a lot simpler.  Units take alternate turns to activate and can either move or fire (and in some cases 'move and fire') or engage in Hand to Hand.  Units can only be fired on if they have been spotted and this resets each turn so flushing out the enemy by sending out sacrificial squads to draw fire and identify the enemy became a key tactic. 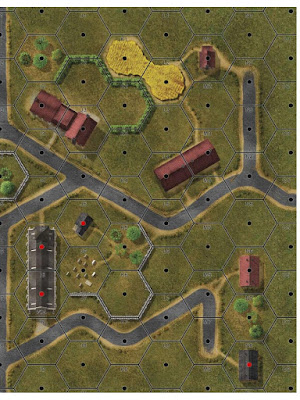 The scenario was actually very nicely balanced with my Germans almost, but not quite, achieving their objective of seizing key buildings.  In the  end I'd driven the enemy out of all the buildings but could only occupy the last one with a Leader rather than a squad which didn't count for victory purposes but at least I could claim some kind of moral high ground! 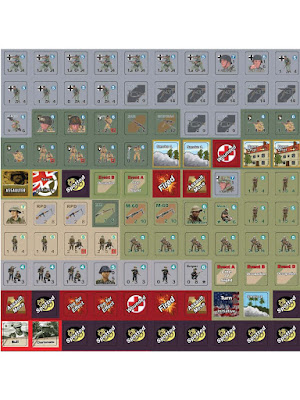 Well worth checking out, especially at the cheap price.  There are lots of additional games in the Lock 'n Load series including assorted WW2 theatres, Vietnam, Modern etc...I'm not sure whether it retains the relative simplicity as it grows into the full version but worth having keeping an eye out for.
Posted by alastair at 23:20 No comments:


The Little Wars 54mm Games Day which is being organised by Mike Lewis of Black Hat Miniatures is getting closer (all the details can be found here).

There are several games being planned and this has been a good incentive to get painting again for the first time in ages and get some more of my North West Frontier figures painted and based and ready for their debut.  I'm not a natural painter... for me its very much a means to an end, so it has helped having a deadline to work to.

I had initially just left the figures on their moulded base but I've now changed my mind and have been busy rebasing them onto 40mm bases from Warbases.  Next up are some Highlanders...why did I ever think tackling Tartan in this scale would be a fun challenge!!! 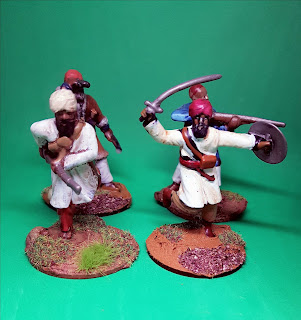 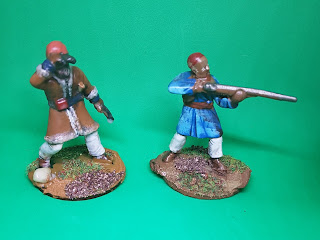 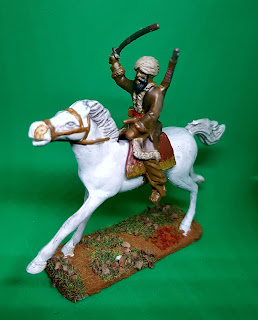 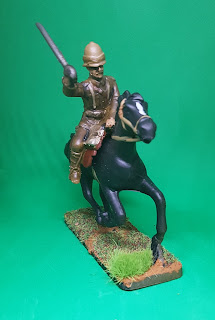 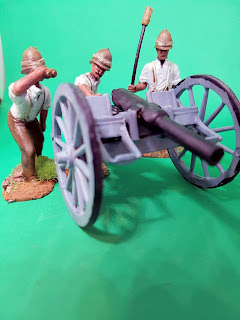 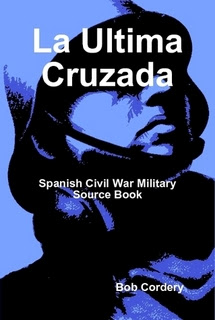 I recently ordered a copy of  La Ultima Cruzada by Bob Cordery of Wargaming Miscellany fame.

Amongst his many talents Bob is a bit of an expert on the Spanish Civil War and this is a revised 2nd edition of an excellent source book with a wealth of information for historians and wargamers alike.

The book weighs in at 276 pages with chapters including a very clear chronology of the war and info on key political parties and leaders (not an easy thing to do for the SCW) and detailed information on the armies, navies and airforces for each side.  There are also some guides on uniforms which include some photographs of painted 54mm figures from Bob's collection.  Sadly these are in black and white so are less useful but the amount of info and the level of detail in the book is excellent.

If you have an interest in this period I'd say it's an essential buy!!
Posted by alastair at 18:47 1 comment:

Email ThisBlogThis!Share to TwitterShare to FacebookShare to Pinterest
Labels: Spanish Civil War
Newer Posts Older Posts Home
Subscribe to: Posts (Atom)
"At the age of four with paper hats and wooden swords we're all Generals. Only some of us never grow out of it."