Where have I been...

No posts since the beginning of the month...have I been off somewhere exciting??  Nope.

Sadly work and life has been eating into my spare time so blogging kind of fell by the wayside for a few weeks.  This quarter is always a really busy period at work and by the time it gets to the evening (if I'm not working) then tapping away on the keyboard isn't a priority.

Unless it's killing things online of course...I've also been a bit distracted by the online game Conan Exiles which I must post about at some point.

Anyway, all of this hasn't stopped me playing a few games.


I played my first game of  Battle of Britain, the PSC Kickstarter launched game.  Despite all the hassles with bendy aircraft etc (which PSC to their credit have taken on the chin and resolved), there is a very good game in the box.  I played a game of this down at Eric the Shed's where my Luftwaffe were comprehensively driven off by the RAF.  Having played one game I now understand how to approach it so I like to think I'd do better in subsequent games, but I suspect that's just wishful thinking.


I also managed a game of Conan down at Guildford with a couple of players who hadn't tried it before.  I played out the 'In the Clutches of the Picts' scenario in which our heroes have to kill the evil sorcerer (and remove his head) and locate and rescue the helpless princess while fending off hyenas, Picts and a giant snake.  This always seems like a good introductory scenario to play through.  We had a fun game which the players seemed to really enjoy and nearly won...they managed to get the princess off the board and almost killed the evil leader but sadly ran out of time...at least they all died heroically.


This week I was back at Eric the Shed's for a game of Dead of Winter.  I hadn't heard of this before and it's a zombie game which usually would leave me a bit cold but this was really excellent fun.  It's a cooperative game with the players taking a group of survivors of the Zombie Apocalypse and attempting to scavenge supplies, fend off the zombies and stop infection spreading while keeping the colony of dependent survivors happy and alive.  As well as the team victory condition each player also has a secret objective so there are options for some, none or all players to win...of course one of the secret missions is to betray the colony and be a saboteur which thankfully I didn't get as I have a rubbish poker face.  Really, really good fun and very quick to pick up...we managed 2 games in the evening and the 2nd one flew by.

I treated myself to a Light Box for taking photos this week, splashing out the huge sum of £12.99!  Most of the photos on my blog are snapped on my phone and I struggle with lighting figures so I thought I'd give this a try after reading a couple of articles.  It comes folded up and is the size of a large envelope when folded (and comes in a handy bag). 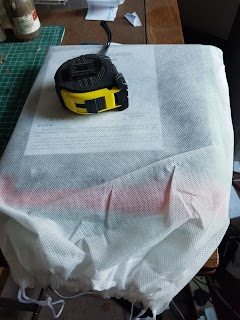 When unfolded it's big enough to accommodate most figures...you'd struggle with large units but it would easily accommodate several figures or a building etc.  It comes with an adjustable LED lamp and several different colour backdrops.  Here are a few examples using a 15mm motorcyclist from my Belgian WW2 army. 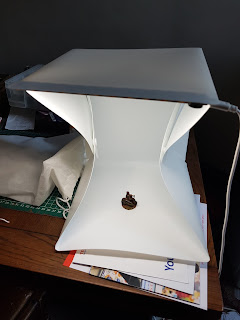 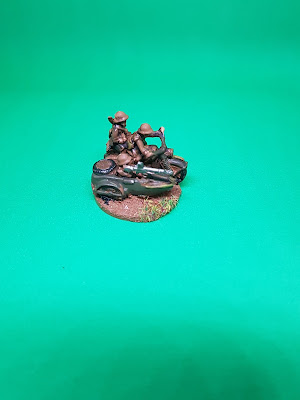 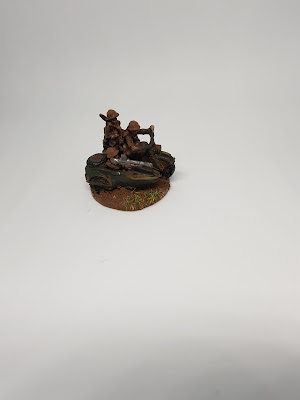 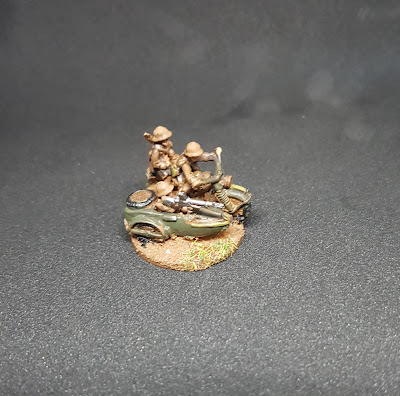 Much easier than juggling a torch and my camera, and the coloured backgrounds make a real difference.  I definitely need to do some more experimenting with them.


Yesterday was my birthday and my wife treated me to a copy of the PSC/Worthington Games game, Hold the Line...

How did she know I wanted this???  Obviously she loves me dearly and knows what I like...or it could have been the email I sent her with a link and the discount voucher I got from the Battle of Britain debacle!  More on this game when I get a chance to play it.


Finally my son tipped me off that the book 'The Templars' by historian Dan Jones is currently on offer at £0.99 in the Kindle store (at least it is in the UK).  I'm a big fan of his books on the Wars of the Roses and the Tudors so I've snapped this up

Back at the end of September when I was up in Glasgow I managed to pick up a bargain set of Wilderness Empires by Worthington Games at Static Games in the city centre. The game is a large scale strategic game of the French Indian Wars which uses wooden blocks to represent regiments and leaders.  The board and components are very nice with large chunky blocks and very nicely illustrated cards and rules with illustrations by Don Troiani. 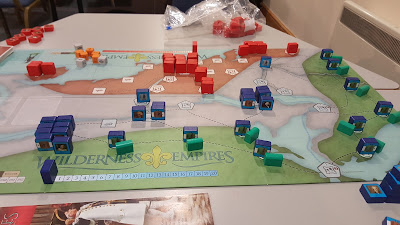 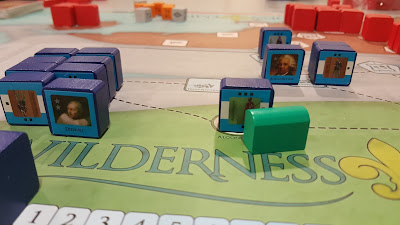 The game is played in Seasons (spring, summer and fall) with each side manoeuvring armies.  Leaders make this easier although militia and Indians are pretty mobile.  Each side also has a hand of cards which can give bonuses, add reinforcements etc but these can only be played in limited numbers and this is determined by the season.  No action takes place in Winter but cards are replenished   and, more crucially, Indians and possibly some Militia go home which can scupper your well laid plans

Victory is gained by taking (and holding) key objectives for each side...as you get victory points each season you hold an objective the VPs can mount up pretty quickly so there is a real pressure to take back territory before it's too late.

Combat is interesting...the game comes with special dice with 3 results.  A Blank means no hit, Arrows equal a hit and a 3rd symbol (a shield or an eye?) means an Indian or Militia unit in the battle refuses to fight: they don't desert but seem to just sit on the side-lines and rejoin the army once the dust has settled.  This means that an army composed of regular troops is more likely to stick around for the whole battle and can also take more hits. Of course armies are dependent on Militia and, in the case of the French on Indian allies so this doesn't always go to plan.  The British can also burn Indian villages which limits the locations Indian units can retire to in Winter.

I played a trial game against Mike at the Guildford Club...as neither of us had played we were both equally unsure how to approach the game.  I played the British and, in the spirit of the Empire, immediately set off to the Indian territory to burn villages.  I'm not sure this gained me much and may have become a bit of a distraction.  In the centre Mike launched an attack on the British forts and we both got drawn into a long tussle of the centre ground.

I was very fortunate that the cards I received allowed me to add quite a few regular units as reinforcements.  The British control a number of ports so I had quite a bit of choice about where these would turn up...Mike on the other hand was limited to a couple of ports and when my rapidly growing reinforced army launched an attack and seized Louisbourg he was very restricted.  This showed the advantage of sending in an army entirely made up of regulars as, although I took casualties, no one was subject to the 'Refuse to Fight' result.  Mike didn't seem to get anything like the amount of reinforcements I had and some of his cards which allowed this were dependent on him owning Louisbourg...oops!  I managed to take back the territory I'd lost in the centre and with Louisbourg in my possession the VPs started to mount until the French weren't in a position to challenge.

It was an ideal game for a club evening...challenging but not too demanding and just the right length of time to play.  It felt a bit one sided once the British reinforcements rolled in but I wasn't sure if this was just down to some bad luck with the cards rather that imbalance. Good fun and definitely one to try again
Posted by alastair at 23:45 No comments:

Email ThisBlogThis!Share to TwitterShare to FacebookShare to Pinterest
Labels: Boardgames, French Indian
Newer Posts Older Posts Home
Subscribe to: Posts (Atom)
"At the age of four with paper hats and wooden swords we're all Generals. Only some of us never grow out of it."