Five Games That Made Me The Gamer I Am Today

This is a thing which has been doing the rounds on Twitter (I still don't entirely get Twitter but I use it more than I used to).  It's an interesting question and one I've been mulling over since reading other people's posts.  Some people have gone for wargames, others for RPGs or boardgames or even videogames.  Mine is likely to be a mix of the 1st 3.  I suspect if I was to repeat this list tomorrow it would look different  as I remember other games, but here goes... 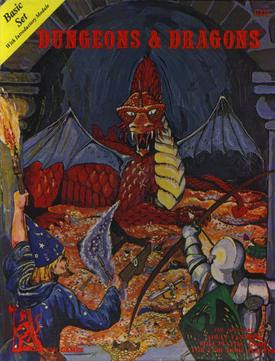 So this was very much my introduction to a world of gaming.  Sometime around 1978 I came across an advert in a copy of Ad Astra,  short-lived UK science fiction magazine.  I'm not sure if it was for a shop or for a games company but I'm pretty sure the ad featured D&D, Gamma World and Traveller (although this is a little hazy!).  I convinced my parents to stump up for a copy of the D&D set and was completely mind-blown.  The starter set included the scenario In Search of the Unknown and the basic rulebook.

This led me to track down (via now long-gone games shops in Glasgow) rulebooks for AD&D and then onto other games.  Role-playing led me down 2 paths... one was eventually to the games club at Strathclyde Uni and the other was to the Glasgow & District Wargames Club where we played... 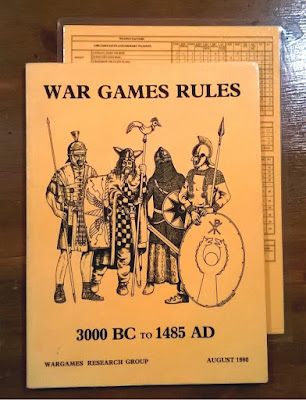 Having discovered D&D I looked around for for club or a group to play with (of course this was the olden days where the only clues were hidden on postcards in shops).  I found GDWS who weren't a Role-playing club but suggested I come along to see what they do.

Actually the first 'proper' set of rules I played were WRG 5th but these were quickly replaced by 6th Edition (Google tells me these came out in August 1980).  I wasn't very good... I think I lost most weeks... but I loved the game and had a couple of shockingly badly painted 28mm armies.  The club were incredibly welcoming to me and a couple of other young players.  I'm not sure if it would be as straightforward these days for clubs to welcome children in. 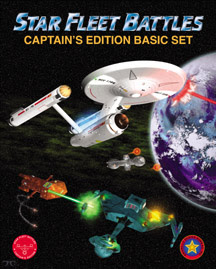 Strathclyde Uni's games club introduced me to lots of RPGs and boardgames and I spent many, many hours playing Star Fleet Battles at my friend Martin's... usually culminating in a Sausage Supper from a chippy on Byres Road and beer on a Saturday night.  I loved the depth and range of tactics depending on which faction you were playing.  I bought a new set a few years ago and found it harder to get to grips with than I remembered and a bit clunky (like lots of 80s games can be) but I haven't written it off yet! 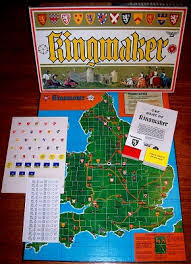 Strathclyde also introduced me to a lot of boardgames.  Kingmaker games would go on for days in the Student Union with endless making and breaking of alliances and a few players who took it a bit too seriously (although not as seriously as Risk which famously led to chairs being thrown!).  Kingmaker was (and is) such a great strategic game.  I was lucky enough to take part recently in some playtests for a planned revised edition which was a great experience.  Over the last year the Wars of the Roses games that I've played using Never Mind the Billhooks has brought my focus back to this period after a 30 year gap. 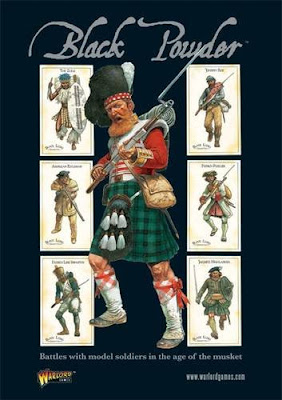 So having done the nostalgia bit, the game which has probably had the biggest impact on me in recent years is Black Powder.  I know it's sometimes criticised for being a bit generic but it has been the ruleset which has criss-crossed most of the gaming groups I've been lucky enough to be part of in more recent times.  I think one of the attractions is the toolkit aspect which means it can be tailored to suit different periods and the relative ease of play which means it's great for new players to get to grips with.

OK, narrowing it down to 5 was always going to be a challenge.  Here are a couple of games that almost made it... 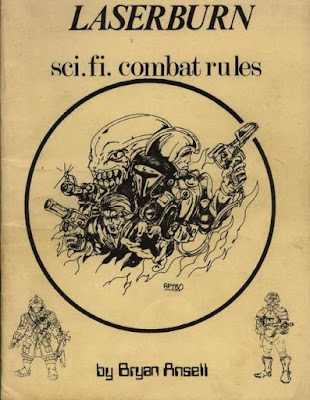 I played a lot of this when I was at school... proto-Warhammer 40k.  It was the first game where I realised you could make tweak and change rules and design your own scenarios 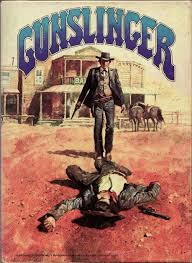 I got a copy of this Avalon Hill boardgames on a family holiday to the US and loved the scenarios and the card-based mechanics. 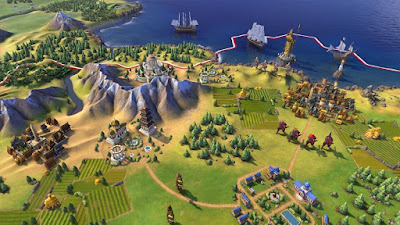 I can still lose hours in this game...