Now that I've completed the 2 factions... sorry, Buntai... that I'd bought for Ronin, I've finally had a chance to actually try the rules. 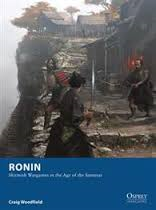 Given the similarities in presentation and in the alternating figure activation, I wasn't sure if it was going to essentially be a far Eastern version of In Her Majesty's Name.  There are quite a few common features... single finger activation, equipping each figure with a range of skills or attributes etc.  Combat and turn sequence are quite different however.

Once Priority for the turn has been decided each player takes turns to activate a figure: although this is the Move phase, figures have the option to fire instead at a penalty. Combat follows [of which more in a second] and then there is an action phase.  This is where figures can do a range of 'other' thngs, ranging from removing heads [...giving bonus victory points to one of the factions] to firing again.  This does mean that bow armed troops [...sorry... Yumi...] can fire twice, albeit with penalties in each phase.

So far, so similar to other rules such as IHMN.  Hand to hand combat is where the game introduces some more specialised rules.  Each figure involved in combat adds a number of tokens to a combat pool... these can be used to enhance attack or defence or to try and gain initiative.  Players choose the combination of attack or defence secretly and then reveal their hand.  This allows figures to make multiple attacks, make fewer powerful attacks or to fight defensively.  It can make combat quite time consuming, especially if you end up with a mass brawl which does seem to have been the result in the games played so far.

The addition of a range of skills and attributes [eg acrobat, fast] or specialised weapon skills with suitably Eastern names [tetsubo-jutsu anyone?] mean there are a few extra things to bear in mind but not too many additional factors...  I find that we often forget these in the heat of battle if they become too numerous or complex.

Both games we played featured a skirmish between the local warlord's Bushi and some monks.  We decided that the Bush had turned up to collect some taxes from the local temple and had been met with armed resistance from the allegedly peaceful monks.  Scenery comprised the temple and Torii Gate from Sarissa Precision and some cherry blossom trees I found on line from a Chinese company...nice trees which were cheap and delivered surprisingly quickly.

The Sarissa buildings were pretty easy to put together [even for me] but do need painting.  I haven't painted MDF buildings before... my only other ones from 4Ground came ready painted.  Undercoating seems to be the answer here as the MDF soaks up paint likes nobody's business. 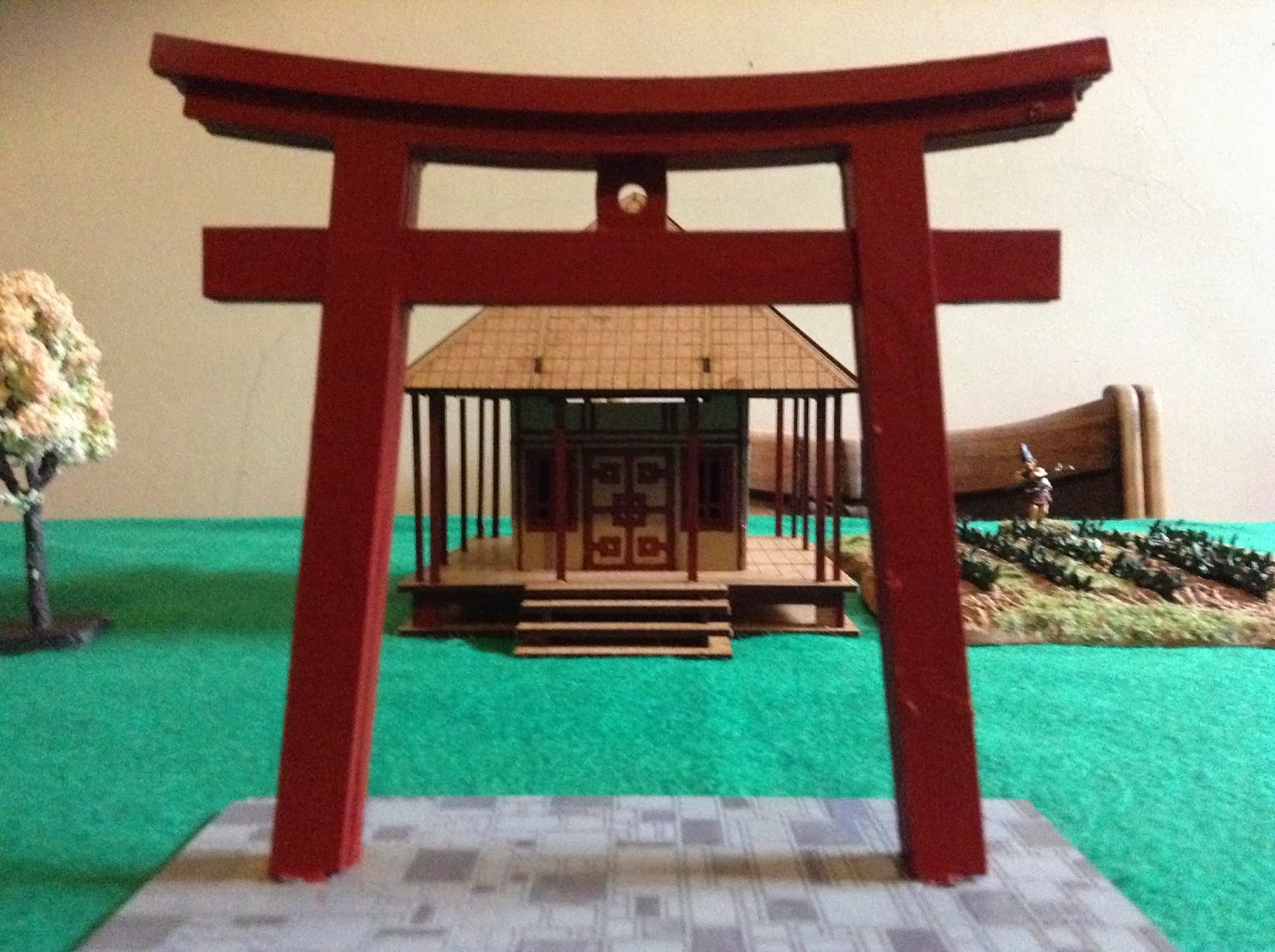 I played the game through twice... once with my son and then repeated at Guildford with Keith and Anthony playing and me umpiring. Both games descended into a hand to hand bloodbath with missile fire proving pretty ineffective... except when one of Anthony's musket [...sorry...Teppo...] armed troops ran up to point blank range and blasted away...definitely the way to use muskets! In both games players took to firing into hand to hand combats, taking the risk of hitting their own side without any compunction at all! 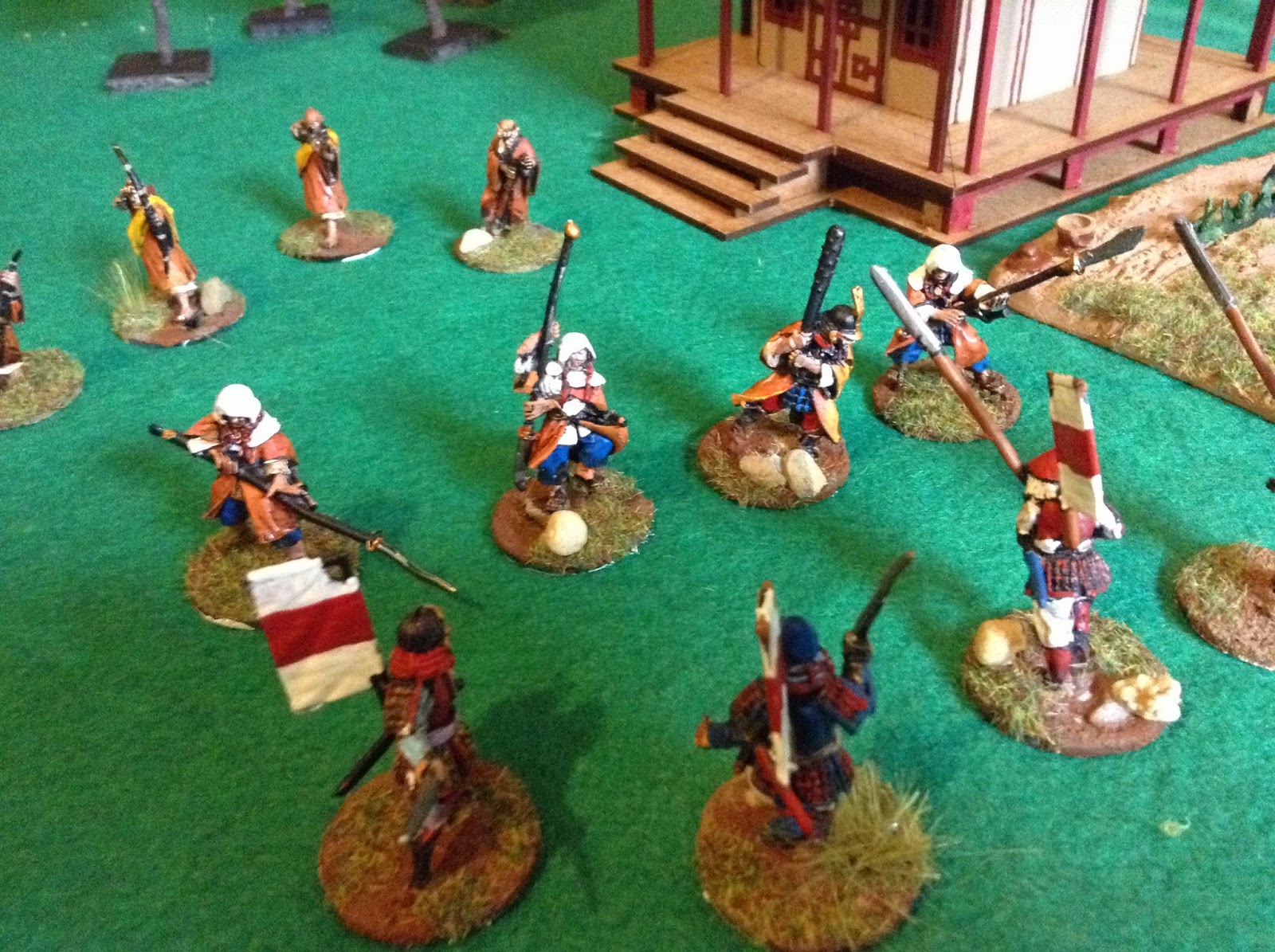 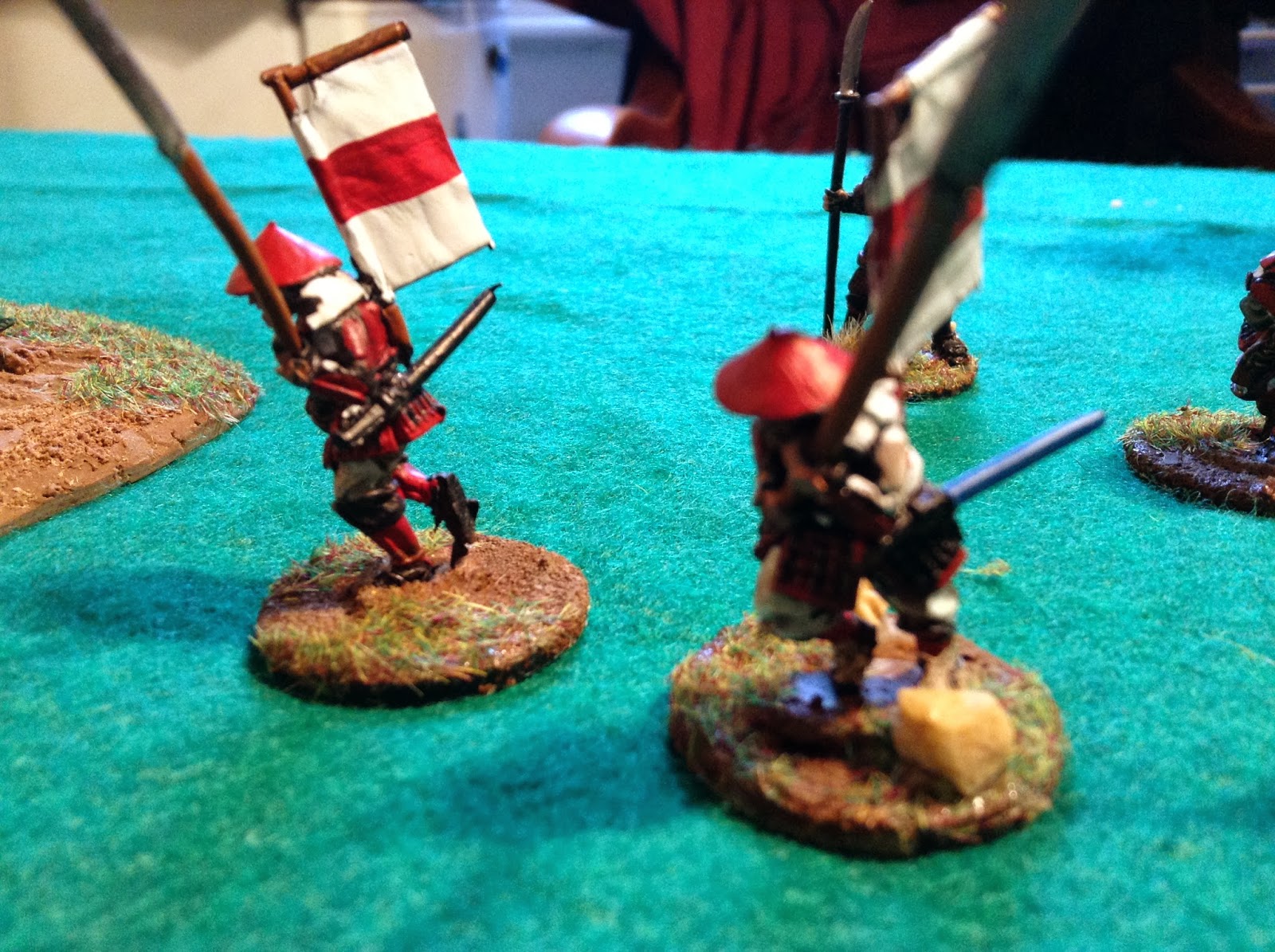 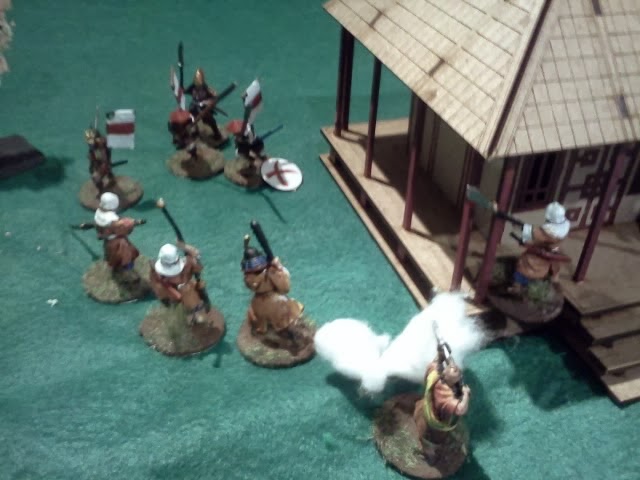 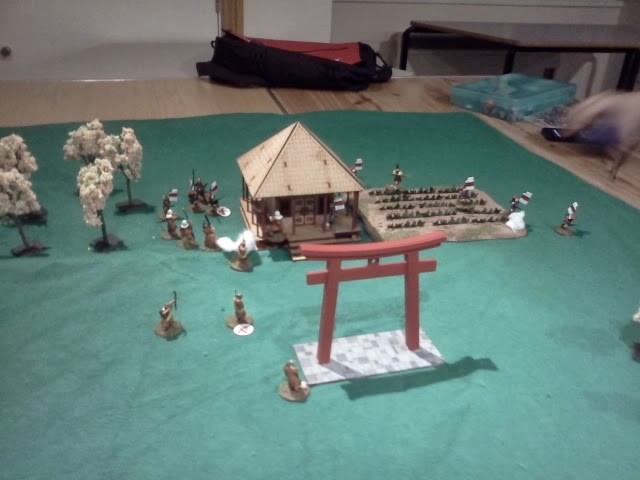 All in all another really nice set of rules from Osprey.  I do like this size of game as it means I can actually get something on the table fairly quickly and then build on it rather than feeling daunted by the amount of painting etc. needed in advance.  The rules would also lend themselves to other periods without too much work.  They'd certainly suit other Renaissance periods, Pirates etc. but could be tweaked to suit Medieval or Fantasy games too,

Email ThisBlogThis!Share to TwitterShare to FacebookShare to Pinterest
Labels: Ronin