No blog posts for a few weeks but that doesn't mean there haven't been any games.

At Eric the Shed's we played a fun Bolt Action game with German paratroopers attempting to cause as much damage as possible ahead of an invasion.  The Home Guard did a good job of holding us up... I failed to achieve my objectives but tied up the opposition, allowing my colleague Mark to merrily destroy or occupy lots of key points in the village (or at least that's my story!) 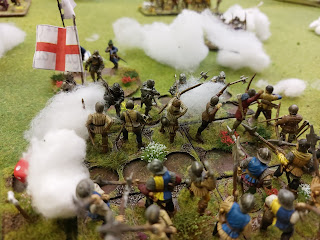 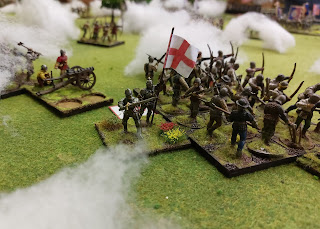 We also played out a cracking instalment in our Wars of the Roses series of battles.  We've now reached Barnet where fog played a key part in the battle.  The game featured treachery and knife-edge dice throws and there is an excellent write up on the Shed Wars blog here.

Spoiler alert... I finally won a game of Never Mind the Billhooks!!! 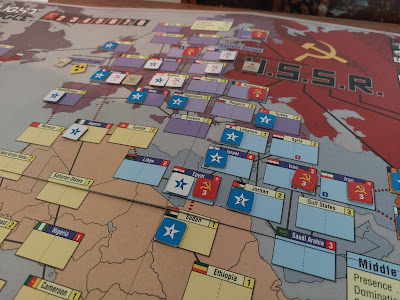 Oh and there were a couple of games of Twilight Struggle against my son but I'll draw a veil over those as they were very short and I was soundly beaten!

I've also been away for a week, back home to Glasgow.  I usually try and post some kind of wargamey/historical link when I've been away but this time it was a bit of a struggle.  I did take the dog for a walk up to Cathkin Braes which look out over Glasgow from the south.  Local lore has it that Mary Queen of Scots watched her army's defeat at the  Battle of Langside from here.  In theory it's possible but, like most things to do with Mary there's a lot of myth confusing the facts.  Practically every castle or large house claims that she slept there at some point!

Anyway here is the spot where she watched the battle (possibly) with Cisco doing his best MQoS impression... 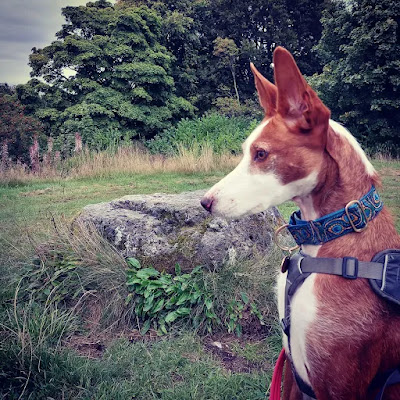 The Battle was the opening fight in a civil war between Mary and forces acting on behalf of her infant son James VI.  The battle was a huge defeat for Mary... she fled, eventually heading for England and never returned to Scotland although her supporters continued the fight. 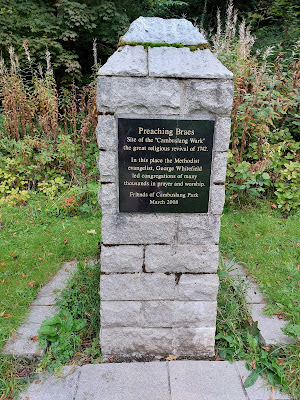 The only other interesting local history spot on our walks was in Cambuslang Park.  Cambuslang is a town a couple of miles from my old home and where one side of the family come from.  I hadn't been to this park in 45+ years.. last time would have been with my Granny or on a Sunday School trip.  In the never-ending quest to find somewhere new to walk the dog I ended up here.  It isn't a particularly old park (built in 1913) but, as I learned on this visit, was the site of a strange religious event in the 18th Century, the Cambuslang Wark (or Work).

This religious revival event happened over 6 months in 1742 at a time when there were similar things happening elsewhere in Britain and in the North American Colonies.  It culminated in up to 30 000 people gathering in this small Lanarkshire town to hear a local preacher's sermons.  The mass hysteria which seems to have been behind it led to people hallucinating and suffering nosebleeds and other injuries.  Inevitably there was a schism with some seeing it as the work of the Lord and others as Satan and a "pamphlet war" broke out between rival believers.

I know it isn't wargame related but I found it fascinating and had never heard of it before.  And let's face it... most things involving religion in Scotland usually end in a fight!!