More boats have been added to my Cruel Seas fleet...just in time as I am planning a game in a couple of  weeks at a friends.

I already have the Vospers and E boats from the starter set, supplemented by the freebies that were included in recent issues of Wargames Illustrated (including some, as yet, unbuilt Elco and Higgins PT boats...these are next on the to-do list) and the mdf Freighters that I posted about here

My fleet has been a bit lacking in larger boats which are really essential as the MTBs and E Boats would generally have been tackling these rather than each other so a quick bit of bargain hunting online was called for.

The first addition is this Isles class Armed Trawler which I bought from this seller on eBay who I can recommend checking out.  It is a very nice 3d printed model...as always these aren't necessarily as sharp or detailed as the kits that are available but it definitely looks the part and painted up well.  He's also working on some other boats so I'll be keeping an eye out for future models.  Although it's a RN trawler it may well see service as a Kreigsfischkutter as well. 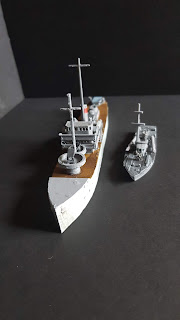 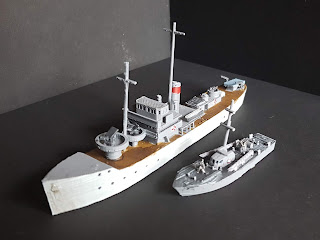 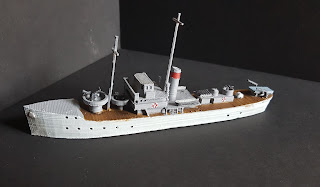 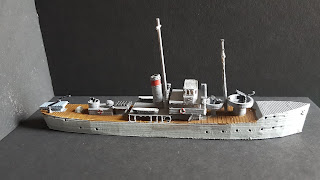 My other eBay bargain was this Warlord Games M Class Minesweeper...I figured the Germans will need some escorts for their convoys and this should provide a bit of firepower, as well as giving the MTBs another target to torpedo! 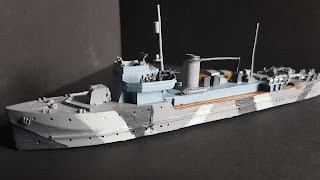 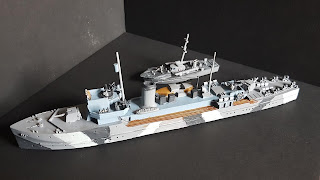