I'm feeling very proud of myself...I bought some buildings a couple of weeks ago at Colours and I've actually built some of them!  Normally purchases would lie in a bag for several months (who am I kidding...years!) quietly maturing like a fine wine before I get around to building or painting them but a fit of enthusiasm meant I took on a couple of my Japanese buildings and even painted some figures, bought (I think) at Salute earlier this year.

The figures are a boxed set of Chobei's Renegades from Warlord Games.

According to his Wikipedia entry Banzuiin Chobei was a "historical street tough" who became a bit of a Robin Hood type figure.  I liked the description on his Wiki page of him setting up an "employment agency for Ronin". 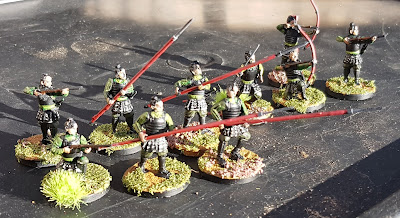 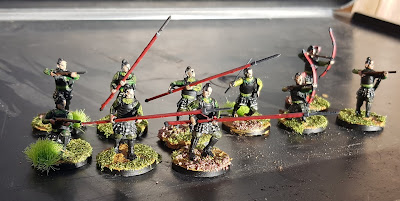 The Test of Honour figures are pretty fiddly to put together...separate bodies, arms, legs, heads and weapons... but I've now managed to work out a system for working out which arm goes where and these went together much quicker than my previous efforts.

Looking at discussions online there seem to be optimal builds of Test of Honour forces in terms of weapon choices but I just went with what seemed like a good mix...I can't be faffed with tweaking force composition to that extent.

The buildings are from Sarissa Precision.  Making things isn't really my forte and I was quite worried about fitting these together, especially the watermill,  but they were actually surprisingly straightforward.  There were a  couple of points where an extra pair of hands would have been useful but it was a lot easier than I expected.  Both are really very pretty and should look good on the table 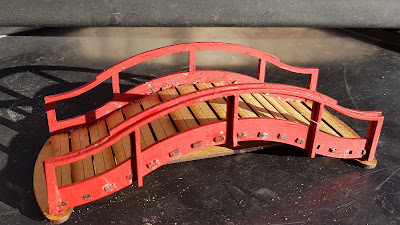 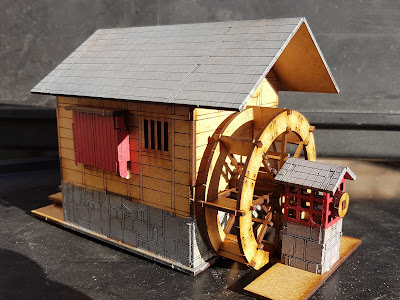