My recent flurry of painting, finishing off some of my NWF figures, seems to have kickstarted a bit more enthusiasm for painting.  Back at Xmas  (3 months already??) my wife responded to my carefully laid trail of clues and bought me some Artizan Cowboys which have languished while I sorted out the Afghans and Brits. 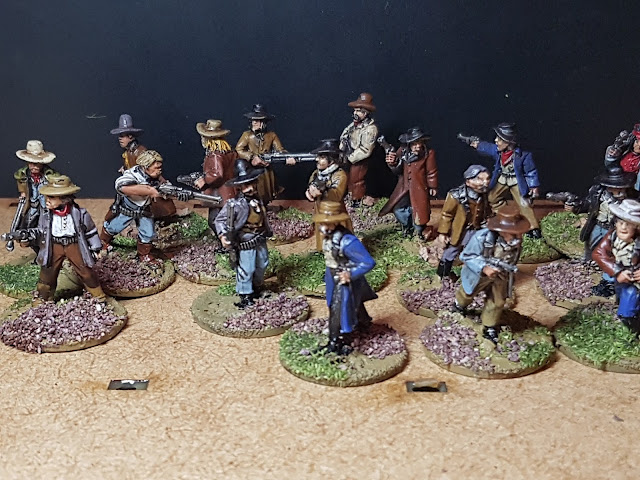 I've rattled through these now, very quickly.  They are very nice to paint and of course there are no uniforms to worry about. 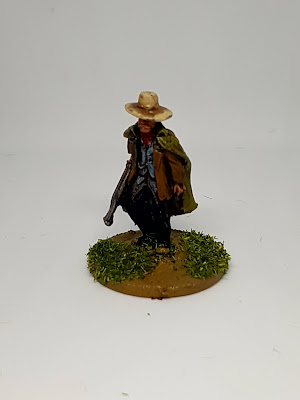 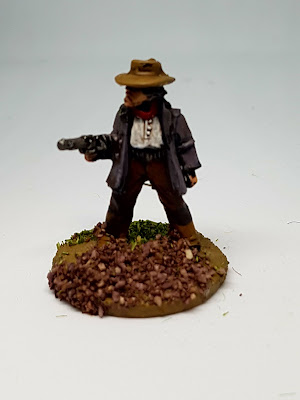 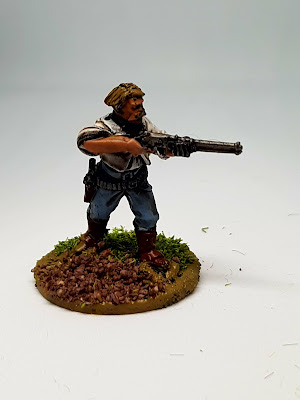 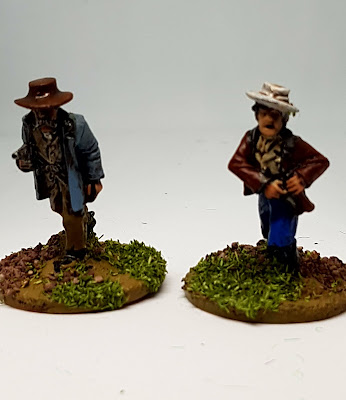 I've also made a start on the figures that came with the Forager Kickstarter last year.  I received some extra figures a week or so ago as wave 2 of the Kickstarter goals...Spanish Guerillas.  The figures are interesting...they have a rather caricatured style and are quite chunky.  This is the British officer next to an Artizan cowboy... 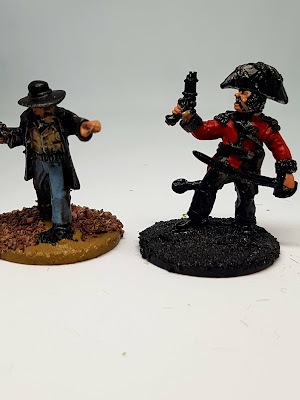 Despite this they are quite likeable and seem to be painting up quite well.  More photos when they are done.