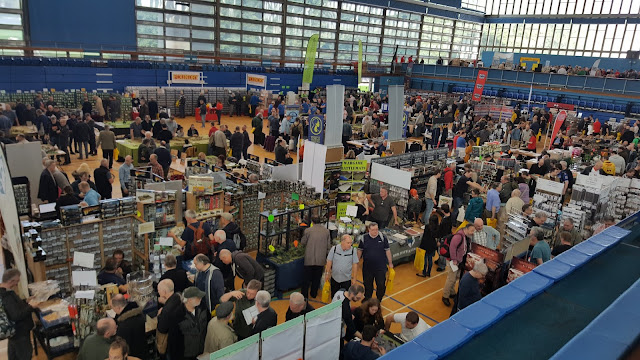 So, as usual  I made my way into the wilds of Crystal Palace yesterday to SELWG. This is only about 10 miles from home so easily the closest show to me.  It's a pretty big event with a fair number of traders and games on show.  I found there were a few traders I would normally have expected were not there this year.  This seems to happen more and more...I think the costs of transport and time vs sales isn't always a great option for some traders.  Most seemed pretty busy although every time I passed the large Foundry stand (in the top centre of the photo above) they always seemed really empty.

Anyway, onto the photos.  As usual I forgot to note details of half the games so I've filled in the details where I could from other people's blogs or FB posts but there are a few that escaped me...apologies to the organisers of those games.  As always most games were excellent with people keen to engage the passing punters and explain what was happening.  As always too, there were a couple that seemed to resemble a club night game with no contact with passers by.   I've never understood this...if you've gone to all the trouble of planning the game, making the terrain, painting the figures and lugging it all the way to the show, why not talk to people about what you've done??! 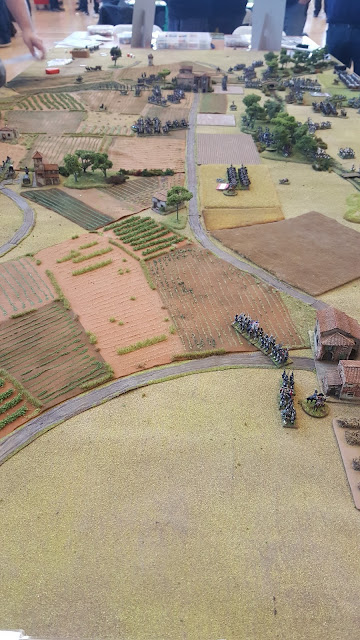 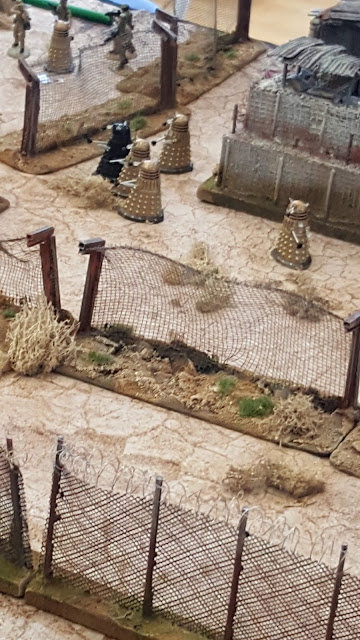 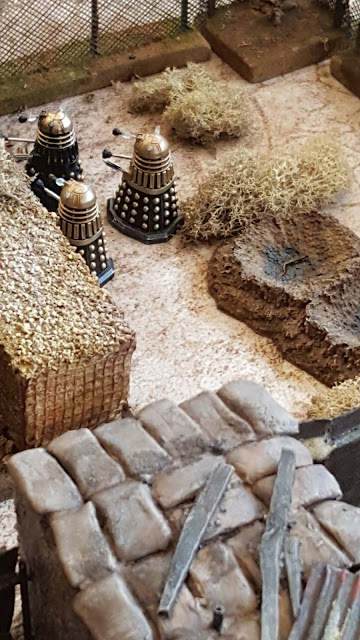 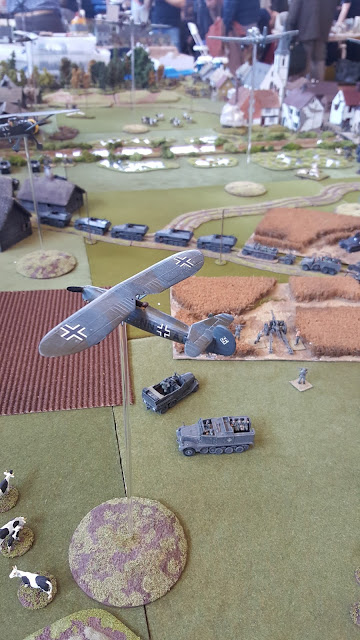 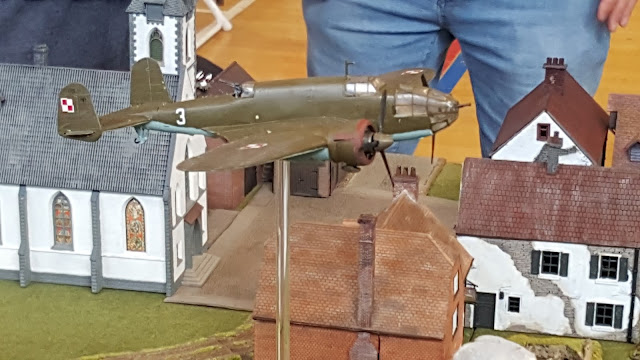 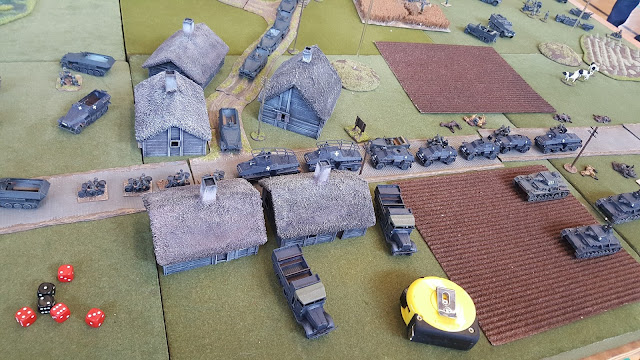 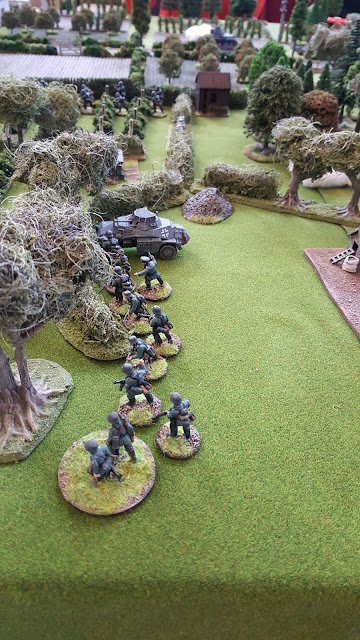 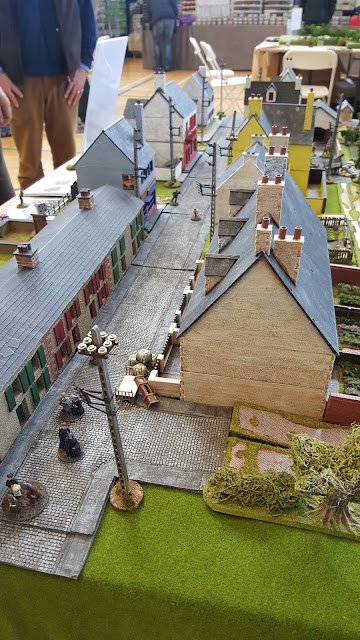 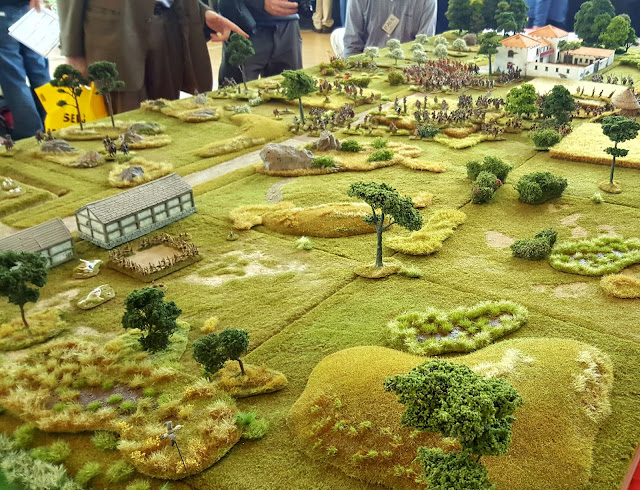 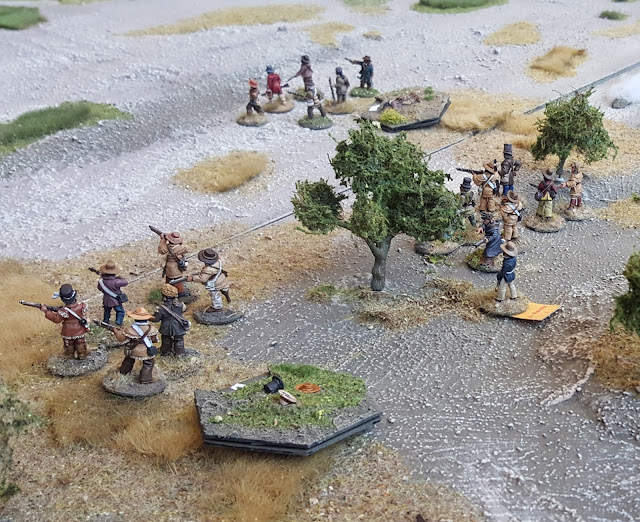 Well, a couple go posts ago I mentioned that I had a kind of plan and I pretty much stuck to it (...I know...not my usual result!). 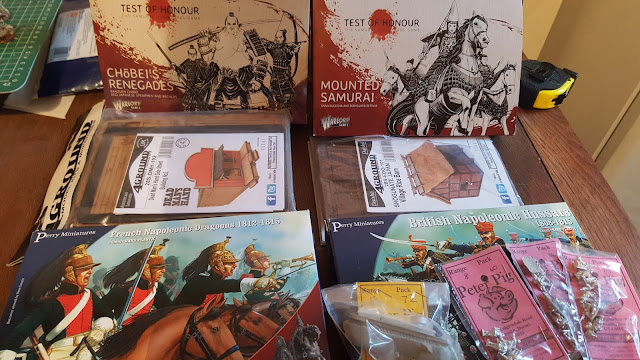 I picked up a few packs of WW2 French troops from Peter Pig for a forthcoming Chain of Command a friend and I are planning...they're going to masquerade as Belgians.  I also picked up one of the new Peter Pig SCW armoured cars just because.   The rest of my plan has been to need up some existing projects that are at the 'just enough' stage so I picked up Napoleonic cavalry from Perry for Sharp Practice and some Samurai figures and a building for Ronin.  The  figures are actually from the Warlord Test of Honour game and I debated getting the starter set instead as it's pretty good value, but in the end I decided I don't really need to buy into yet another game system.  Finally I bought a Wild West building from 4Ground.  I don't have anything else for this period but it's a slow-burning idea so I figured a building might be a start (probably the start of a slippery slope!)...
Posted by alastair at 10:51