I was never a huge fan of the Axis and Allies collectible miniatures games. I don't have a particular problem with the concept of random box contents but I've never been sure it works for something like WW2 games... the Star Wars boxes worked ok as you could field a random assortment of Rebel Scum and Imperial Heroes [it's obvious where my sympathies lie!]  but I could never get my head round the idea of fielding a motley collection of tanks and vehicles from various nationalities.

On Monday though we played the Axis and Allies Angels 20 game, using the starter set. 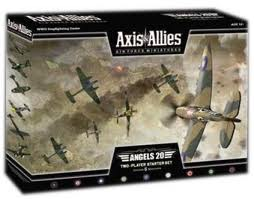 This was released last year but passed me by completely. The started set contains 6 pre-painted planes [Me 109s, Spitfire, Hurricane and Me110 amongst others] which unusually come in 1:100] scale. 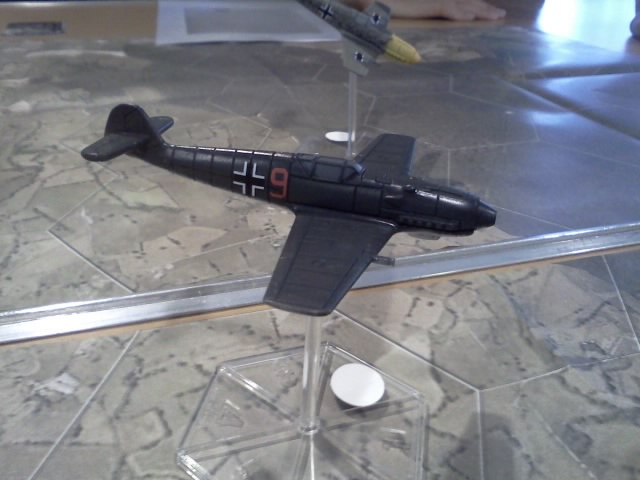 We played out the initial scenario matching a pair of Me109s against a Spitfire and Hurricane.  Each plane has their own specific rules and bonuses, reflecting the plane and pilot quality.  We played out the scenario 3 times but sadly in each game Anthony [who's game it is] blew me out of the sky.  I had stubbornly stuck with the Luftwaffe in each game, determined to try and improve my performance but although I managed to take out the Hurricane, the Spitfire managed to shoot down both Me109s in each game! 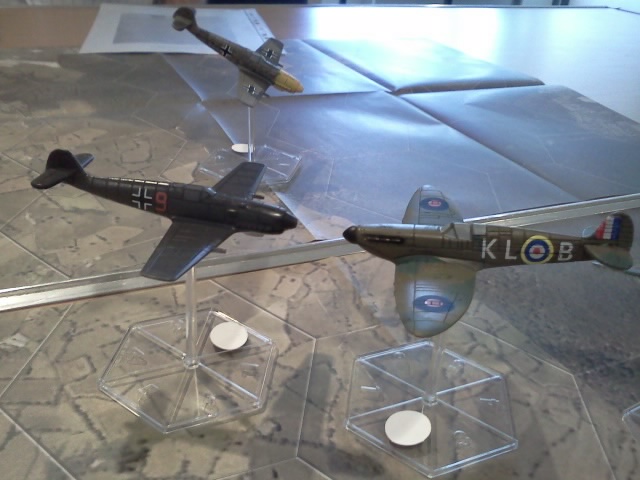 The rules give a fast and easy to pick up game which is ideal for a club evening.  Personally I prefer Bag the Hun which is the best Air war ruleset I've seen but the game is perfect as an occasional filler.

The models are really nice with good paintjobs and detail.  They come with very neat flight stands which pivot, allowing you to angle the planes up or down or to bank.... this is reflected in the rules where position can give bonuses but commits you to climbing or diving etc in the following turn.

My immediate reaction was... oooh... why haven't I got some of these for Bag the Hun!  Then I remembered the box full of 1:300 planes that I already own and for once, reason and common sense kicked in!  Of course there's no guarantee my resolve will hold out!!